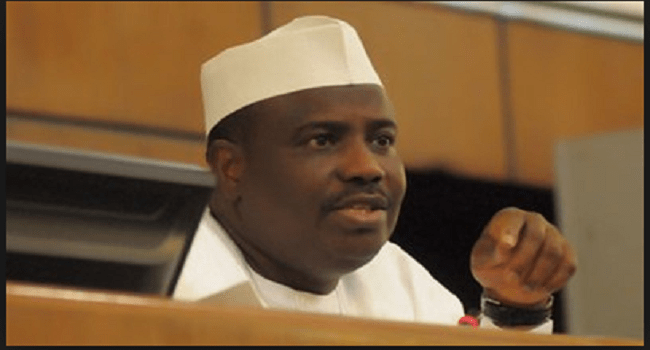 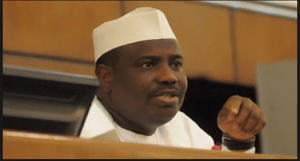 The Nigeria Police has restored security details attached to the  Speaker of the House of Representatives, Aminu Tambuwal.

The spokesman to the Speaker, Malam Imam Imam, confirmed on Wednesday that all security details (Police and SSS) attached to the office of the Speaker, have been restored.

Imam in a statement said “We wish to confirm that all security details (Police and SSS) earlier withdrawn from the office of the Speaker of the House of Representatives, have been restored.

“The Policemen attached to the Speaker resumed duties few days after men of the Department of State Security (DSS) returned to their duty posts”, he said.

Imam maintained that it is the duty of the State to provide special security for certain public office holders, of which the Speaker  is one.

However, thanking Nigerians who voiced their opinion on the withdrawal, and the subsequent reinstatement of the security personnel, he also stated that no further comment would be made on the issue. 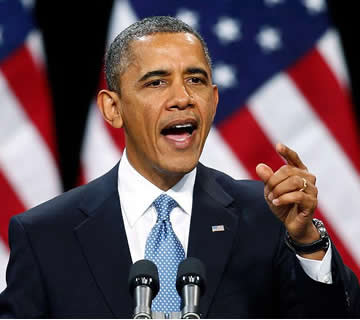 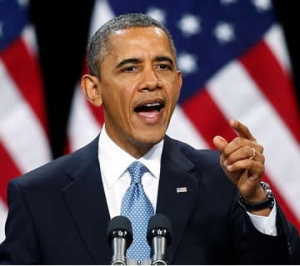 “As Nigerians observe this special day, we wish you a more peaceful and prosperous year” he said in a statement.

“Nigeria continues to play a key role in Africa and at the UN in promoting regional peace and stability” adding that “at the heart of our enduring friendship is our shared commitment to democratic values, the rule of law and economic development”.

President Obama also said that the United States is looking forward to “strengthening our relationship and working closely in the coming year especially in promoting good governance and combating terrorism.”

In addition to Obama’s congratulatory message, Senate President, David Mark and his deputy, Ike Ekweremadu, on Tuesday urged Nigerians to sustain their faith in Nigeria and remain steadfast in the effort to promote peace and the unity of Nigeria no matter the challenges.

Mark, in a goodwill message to Nigerians to mark the 54th independence anniversary, dismissed the perception in some quarters that Nigeria had not made progress since independence, saying, “Let us cast our minds back a little and see the number of roads, schools, universities, health institutions, telecommunications infrastructure and a host of others.

“We may not have been where we want to be but we have made appreciable progress and we can do more. All we need to do is to strengthen our unity as one people with one mission and purpose.

“A stable democracy has offered us an opportunity to harness our abundant resources for good.

“Nigeria has passed through many challenges in the past and we came out of it. The security challenges; this Boko Haram can be defeated if we unite to fight them. I believe Boko Haram, terrorism or the insurgency is alien to us as a people. We have the capacity to defeat them and confine them to the dustbin of history.”

He added, “We cannot correct perceived imbalances by taking up arms against our brothers, sisters and the nation. We must therefore continue to shun individuals or groups that encourage, preach and practise division among our people. We must shun every harbinger of hate and bond together as a people of common interest and destiny.

“As legislators we will continue to do our part to wit; provide the needed legislative framework for the executive arm of government to continue to deliver the dividends of democracy to our people.

“Let me use this occasion to remind our fellow country men and women that as 2015 elections approach, we must not lose sight of the fact that the election should not be seen as war. We must play the game according to the rules.”

In his own message, Ekweremadu commended Nigerians on the advent of the current democratic dispensation, urging them to continue in their determination to sustain it.

He said, “At 54, Nigeria has made progress, as the people have through absolute determination and sacrifice jointly laid the foundation for speedy national transformation by achieving an unprecedented 15 years of uninterrupted democratic streak.

“However, celebrating our independence anniversary at the threshold of the 2015 general election is also a call to duty to add to the nation’s democratic credentials and development by collectively working for a free, fair, and credible general election.”

He said that the Senate would not leave any stone unturned in providing solid legal frameworks and would provide all the necessary legislative support to guarantee the success of both the 2015 general election and subsequent ones.

He also commended Jonathan’s government for its determination to end terrorism in the country as evidenced in the recent successes recorded in the war against insurgency.

On his part, the Speaker of the House of Representatives, Aminu Tambuwal, urged Nigerians to work tirelessly to promote the tenets of democracy, good governance and responsible citizenry.

In a statement issued in Abuja by his Special Adviser, Media and Public Affairs, Malam Imam Imam, Tambuwal appealed to the political elite to moderate their utterances and be mindful of their responsibility to the country.

He said with the elections scheduled for early 2015, all leaders must avoid acts that could heat up the polity. According to him, “What is of paramount importance now is for political office holders to approach elections with the intentions to play by the rules.”

While congratulating Nigerians, Tambuwal restated the commitment of the House of Representatives to uphold the ideals of a united Nigeria, which he said, shall take its rightful place in the comity of nations.

The Deputy Speaker, in a message by his media aide, Oke Epia, said that in spite of the current challenges relating to security and development, the country would be propelled to the top, given the human and material resources abundant in the land and efforts being made by government to put things right.

He called on Nigerians to remain steadfast and resilient in the pursuit of national unity and glory, while calling on leaders at different levels to be patriotic and put the nation first in the discharge of their duties.

Ihedioha congratulated Nigerians on the occasion of the independence anniversary, saying: “Though there is much that is desired to bring our country to its place of pride, there is also much that is being done to move the country forward.” 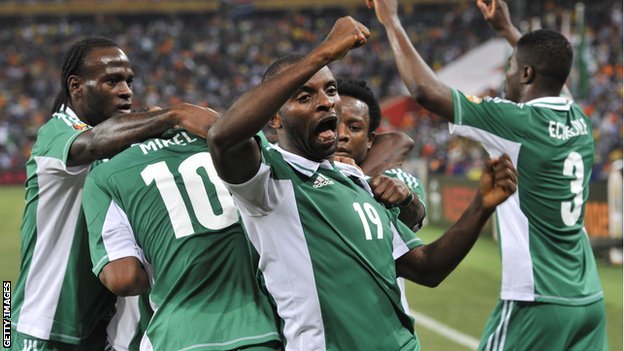 Speaker of the House of Representatives, Representative Aminu Waziri Tambuwal, has congratulated Nigerians over the victory of the Super Eagles at the last African Cup of Nations and declared that the victorious national team will be hosted in a special plenary session of the house.

The Speaker in his congratulatory message, declared that the House of Representatives will host the victorious Super Eagles during its plenary when the team return from South Africa later in the week.

A statement issued in Abuja by his Special Adviser on Media and Public Affairs, Malam Imam Imam, Representative Tambuwal described the victory as “sweet, reassuring and a reaffirmation of the superiority of Nigeria over other African countries both in football and other areas of human endeavour.”

He noted that “the Eagles have not only regained the hearts of supporters the world over with their mesmerizing display, they have also lifted the spirit of the nation.”

The Speaker said the unity of purpose shown by the team and their handlers reaffirmed the notion that when all hands are on deck, achieving common objective will be a lot easier.

While congratulating the team and the nation for the achievement, Tambuwal urged football authorities in the country to double their efforts and ensure that the team not only qualifies for the 2014 FIFA World Cup in Brazil, but win the trophy for the first time.

Also speaking on the Super Eagles’ victory, the Deputy Senate President, Ike Ekweremadu, congratulated the Super Eagles on their emergence as the new champions of Africa, describing it as the dawn of a new era in Nigerian football.

“Winning the elusive trophy on the threshold of our centenary is a good omen for the nation and I urge Nigerians to emulate the indefatigable spirit, patriotism and unity exhibited by the Super Eagles” he said.

Senator Ekweremadu also congratulated all Nigerians on the nation’s victorious outing at the 2013 edition of the African Cup of Nations tournament.