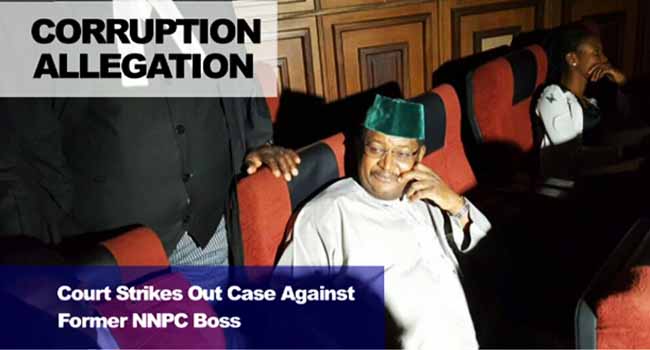 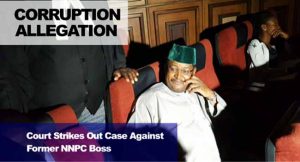 The embattled former group Managing Director of the Nigerian National Petroleum Corporation, Mr Andrew Yakubu, has withdrawn his suit seeking compensation over his detention by the Economic and Financial Crimes Commission (EFCC).

Mr Yakubu had filed the suit before Justice Ahmed Mohammed of the Federal High Court in Abuja following his arrest by the anti-graft body on February 8 2017.

In the suit, he had claimed that his continued detention by the EFCC with respect to the sums of $9,772,800 and £74,000 recovered from his house in Kaduna on February 3, is a violation of his fundamental human rights.

At the resumed hearing of the case on Tuesday, his counsel Mr Adeola Adedipe, informed the judge that he had filed a notice of discontinuance of the suit on behalf of his client based on the bail granted him by the court.