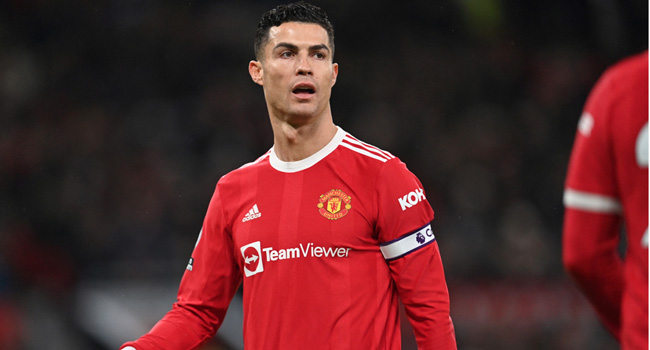 Cristiano Ronaldo’s Tuesday meeting has yielded no positive outcome as he has asked the club to end his contract to allow him to join a Champions League side.

Despite Ronaldo’s stance, Manchester United have insisted the forward is not for sale as they are yet to receive any formal bid for his services.

Talks over the 37-year-old to make commitments to the Red Devils proved abortive but he is expected to carry on professionally.

Ronaldo had missed United’s pre-season tour in Thailand and Australia respectively but was available for a medical checkup on Wednesday at which he watched his side’s 4-1 victory against Wrexham behind closed doors.

It is believed the Portuguese superstar will be available for the pre-season fixture against Rayo Vallecano at Old Trafford on Sunday.

Chelsea had withdrawn their bid for the superstar a while back while Bayern Munich and Atletico Madrid appeared to publicly rule themselves out this week.

Atletico fans displayed a banner stating “CR7 not welcome” at a pre-season friendly on Wednesday.

Ronaldo had taken a leave of absence from the club two weeks ago to attend to “family issues.” which called for a form of sanctions as he was seen to be breaking contractual obligations by missing the tour.

But due to the sensitive reasons for him remaining in Lisbon, United CEO Richard Arnold decided not to sanction him as Arnold is said to be “relaxed” about the fact Ronaldo might miss the entire tour – and is more concerned with resolving the striker’s immediate future.