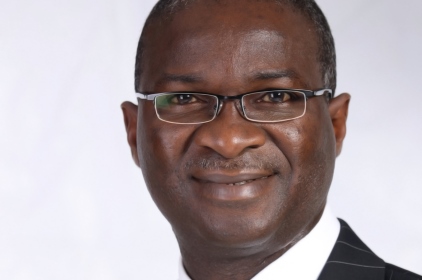 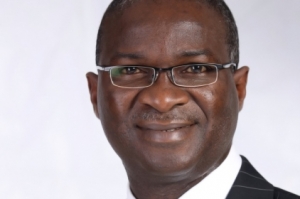 The Lagos State Governor, Mr Babatunde Fashola, on Tuesday met with operators of fuel tank farms in Apapa and urged them to be more vigilant around their operational bases also promptly reporting vehicles that cannot be accounted for in their areas of operation to the police and security agencies.

In a meeting with the Tank Farm owners at the Lagos House, Alausa, Fashola urged the operators to ensure that no vehicle that could not be accounted for should be allowed to park within the premises or make use of their facilities so as not to compromise the security of the State.

The Governor who said he had met with various business operators at many levels, told the operators, that “the game must change”.

“We have met with hospitality facilities, we have met with health, we have met with the malls, the motor parks, we are taken every measure and we are not leaving anything to chance. Every information that we get we check. But we need leaders in strategic places because we can’t run your businesses and we need you now to take responsibility in this area and leave the rest to us”.

Pointing out that property values are diminishing in the area as a result of the operation of tankers, the Governor said: “But you know what is going to happen? The demand is going to transfer to the other side of town. So we are all going to pay for it. If I cannot live in Apapa again, the next thing I will do is ask, where else can I live”.

“The question we will ask ourselves is how sustainable is hauling of fuel going to be. It is diminishing the lifespan of our roads and we are continuing and we are heading to a point where we will no longer be able to travel by road again if we don’t change quickly now,” he said, stating that the Federal Government may not be expected to do anything about the problem.

“If you go along Alaka and Barracks you will see that all almost all the street lights have been knocked down mainly by tankers and trailers. We don’t come back to you to say you damaged public property come and repair it. But we should. Driving along Eko Bridge and Apongbon just see the disjoints that are going on; they are not accidents it is tonnage pressure.”

Noting that the fear of the tanker drivers over the new development could be that they would not have any more jobs, the Governor said the drivers could be tanker owners and blend into the business instead of driving on the roads. “If there is an accident, the people who may be affected would be reduced if it is rail transportation”.

He also said that the operators were there because of local content. “Now the local oil companies have outstripped the Texacos, the Mobils and the Totals. But when they started this business about 50 years ago, they transported by rails. We forced them into the roads; but now this generation can do the right thing and go back to the rails”.

He is not an ordinary armed robber; he and his gang have been accused of killing several policemen and civilians in the south west for over a decade.

His gang members call him ‘Godogodo’ meaning ‘a hefty man’ but the police say he is a notorious armed robber who has visited terror on his victims.

Nemesis however caught up with Biodun Egunjobi, a.k.a Godogodo, at Ibadan, the capital of Oyo state.

He was arrested in the early hours of this morning in his new site in Ibadan.

Police say, he tried to escape and was shot around the upper part of his body.

His arrival at the police headquarters, Ikeja sparked off jubilation among  police officers.