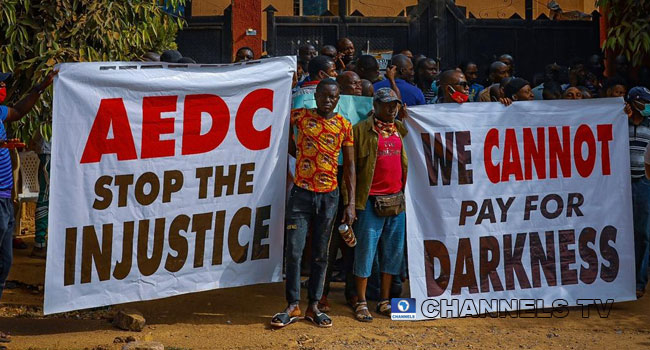 Residents of Maraba, a town in Nasarawa State, bordering the Federal Capital Territory, staged a protest against poor electricity supply and overbilling by officials of Abuja Electricity Distribution Company (AEDC).

The residents on Thursday morning assembled outside the Maraba branch of the AEDC office and displayed various placards lamenting over poor electricity supply and describing it as injustice.

They lamented that the poor power supply has remained for four years despite promises of improvement from the electricity company.

The residents also accused the AEDC officials of power racketeering.

Meanwhile, the branch manager of the AEDC office in Maraba, Kingsly Ehikame, who addressed the protesters denied the allegations of power racketeering.

He insisted that the complaint of residents have long been forwarded to the head office of the AEDC company.