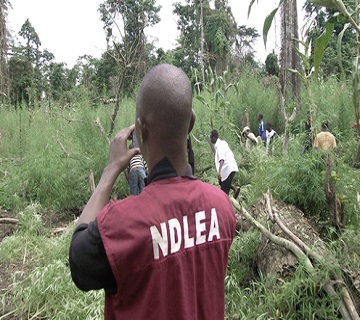 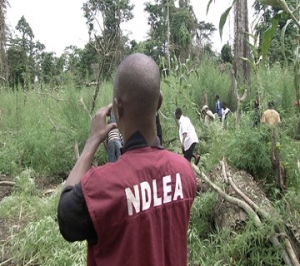 This was made known during the visit of the EU Ambassador, Michel Arrion and country representative of UNODC, Ms. Mariam Sissoko to the NDLEA Headquarters in Lagos.

The EU Ambassador stressed the need to curtail the activities of drug syndicates through collaboration, adding that EU is providing funds for Project NGAV 16 – Response To Drugs and Related Organised Crime.

“At inter-continental level, the European Union finances a number of projects as part of the Cocaine Route Programme. The Cocaine Route programme with a budget of over 30 million Euros, covers 36 countries of which half are in Africa, essentially West-Africa, five in the Caribbean countries and the remaining in Latin and Central America” Arrion stated.

UNODC Country representative, Sissoko said that her office is working with the NDLEA to tackle the drug menace.

“We are working with the NDLEA to assist the Agency progress towards an intelligence-led organization equipped to deal with the challenges of the ever changing drug industry. We commend the Chairman and senior management of the NDLEA for decisively embarking on the change management process that is required to strengthen the intelligence-based response of NDLEA to drug matters”, she said.

NDLEA Chairman/Chief Executive, Ahmadu Giade, who received the delegation said that regional and international cooperation is vital to global success in narcotic control.
He also noted that “drug trafficking like terrorism and arms smuggling represents a growing threat to global peace and security. Many lives are being lost on a daily basis around the world. Activities of drug cartels have turned the world into a global village thus making international partnership amongst drug law officers, donors and international institutions inevitable.

“This project demonstrates EU’s willingness to assist countries in the implementation of international drug conventions. It will also provide appropriate framework for regional drug control programmes. The challenges posed by illicit drug cultivation, trafficking and abuse are enormous. We therefore believe that through shared responsibility, greater progress will be made in addressing the illicit drug phenomenon”.

Giade said the project will enhance technical and operational capacity in front line Agencies leading to targeted interventions on drugs and organized related crimes in Nigeria and the West African sub-region, adding that “it will help to manage drug abuse counseling, drug treatment and rehabilitation through the creation of a reliable network of quality drug treatment service providers”.

He also noted that the National Drug Control Master Plan (NDCMP) 2015-2019, a policy document for drug control is almost finalized. The master plan contains new ideas and new control approaches which will be implemented in the next four years.

The EU has procured 100 desktop computers for the smooth takeoff of a Data Exchange Centre, which will help to establish an evidence based approach in addressing the challenges of illicit drugs in the country.

Under the project an institutional assessment of the Agency was conducted which recommended capacity building and improved funding as the way forward for the Agency.

The European Union Delegation to Nigeria has made public its commitment to finance three projects valued at 98 million Euro (approximately N20 billion) to support the justice, anti-corruption and drugs sectors in Nigeria.

The projects will be implemented by the United Nations Office on Drugs and Crime (UNODC.)

UNODC, which is a global leader in the war against illicit drugs and transnational organised crime, is also committed to achieving health care delivery, security and justice by tackling global threats and by delivering legal and technical assistance to prevent terrorism.

The commitment by the union was made known when the National Planning Commission hosted heads of foreign agencies at a high level project briefing session in Abuja.

The session provided opportunity for UNODC to present the recommendations by stakeholders at the pre-implementation workshops for the three projects.

At the event, a 35 million Euro (approximately N7.2 billion) financing agreement was signed by the Federal Government and the European Union (EU) in support of  government’s efforts in preventing and fighting corruption.

The agreement was signed by the Minister of National Planning, Dr Shamsuddeen Usman and the Head of the European Union Delegation to Nigeria, Dr David MacRae, on behalf of the government and EU.

In his remarks, Dr Usman noted that the projects, which would be implemented by UNODC, were a continuation of the ninth European Development Fund that supported the Economic and Financial Crimes Commission (EFCC) and the judiciary.

He disclosed that the beneficiaries of the projects include  the Bureau of Public Procurement, Code of Conduct Bureau/Code of Conduct Tribunal, Public Complaints Commission and EFCC.

Others are the National Financial Intelligence Unit, Special Control Unit Against Money Laundering, Technical Unit on Governance and Anti-corruption Reforms as well as civil society organisations.

According to him, the overall objective of the three projects is to promote good governance and contribute to Nigeria’s efforts in enhancing transparency, accountability and combating corruption while also contributing to the reform of the justice sector and addressing drug related issues.