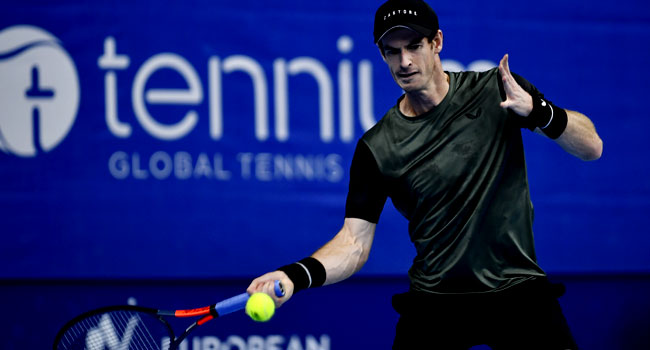 Former world number one Andy Murray reached his first semi-final since the 2017 French Open with a battling three-set win over Romania’s Marius Copil in Antwerp on Friday.

“I feel OK, it’s more how you pull up the following day,” said Murray, who is two wins away from a first title since Dubai in March 2017.

“The good thing about the indoor matches is that the points are fairly short so it doesn’t take as much out of you as on some of the slower courts outside.”

Murray, now ranked a lowly 243 in the world, had the chance to wrap up the quarter-final when he had a match point in the second set tiebreak.

He eventually sealed victory after more than two and a half hours on court with an ace for his third win in three meetings against the 92nd-ranked Copil.

“I think I played good today once more. It was not easy in the end. I was shaking a little bit,” said Sinner, the world number 119.

The teenager fired 10 aces past the 53rd-ranked Tiafoe, saving four of five break points as he backed up his defeat of French top seed Gael Monfils in the second round.

Sinner, who was ranked 778 this time last year, can make the world top 100 next week.

However, he faces a daunting semi-final against three-time major winner Stan Wawrinka after the former world number three got past fellow 34-year-old Gilles Simon of France 6-3, 6-7 (6/8), 6-2 in his quarter-final.

Sinner, who lost to Wawrinka at the US Open this year, will become the youngest ATP finalist since Kei Nishikori at Delray Beach in 2008 if he downs the experienced Swiss on Saturday.