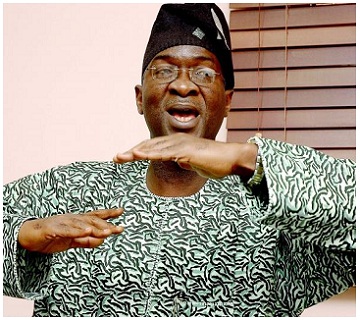 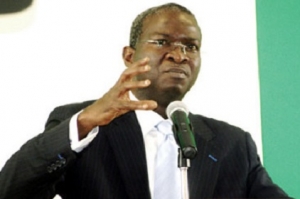 The Lagos State Governor, Mr Babatunde Fashola, has advocated a massive investment in infrastructure across the nation with proceeds from the nation’s oil.

Governor Fashola stressed that if  the oil proceeds were well invested, the fund would help bridge the infrastructural deficiency which had stunted the country’s economic growth.

He was speaking at the Lagos House, Ikeja, while hosting the Presidential Committee for Subsidy Reinvestment and Empowerment Programme (SURE-P) led by its Chairman, General Martin Luther Agwai (rtd).

The Lagos State Governor also called for a policy framework that would enable intervention agencies of the Federal Government such as SURE-P, to deliver enduring and long-term benefits across the country.

Citing the National Theatre, the National Stadium and the Tafawa Balewa Square among other such infrastructures as legacies of the oil boom of the 1970s, the Governor stressed that such legacies defined the period of the boom.

“Since such funds are seasonal, their enduring nature would depend on what is done with them.

“They are the kind of defining things that you and I can look back and say, ‘okay around the Year 2014 when the SURE–P money came, this is what we did with it”, he said, emphasising that there have been many other booms to which Nigerians cannot ascribe any legacy.

Advising the SURE-P committee to re-strategise on how and where to invest the oil fund in order to give maximum benefit to Nigerians, Fashola pointed out that building and construction has helped to energise the economies of many nations across the globe. He urged the agency to always have it at the back of its mind that the revenue from oil would not last forever.

A Petroleum Trust Fund, set up by the Federal Government at the time of one of the booms, invested the money on roads in some parts of the country, bringing development to the region.

He urged the agency to pursue a model that would bring enduring benefits to Nigerians. “For me, when I look at some of the places in some parts of Nigeria, where I know that it was the PTF Fund that gave them roads, it probably commends itself to me as a model to pursue.

“It was good that some of the SURE-P fund went into the repair of the Third Mainland Bridge, but there are not less than 28 bridges in Lagos that belong to the Federal Government that have not been maintained in the last 40 years.

“The Apapa-Ijora Bridge, the expansion joints have widened so dangerously that it is a nightmare to drive on it. Some of the studies that we did I have sent the report to the Federal Ministry of Works showing what needs to be done and how much it will cost to do them”, he said, advising the committee to look at renewing the  infrastructures instead of investing on areas where state or local governments have already invested.

Reiterating the need for the agency to re-strategise and invest on enduring infrastructure, the Governor said: “If it is one big Power Plant even in only one state of this country, you will later go back and say ‘this is what we did with the money”.

Earlier, the SURE-P Chairman, General Martin Luther Agwai (rtd), said the purpose of the visit was to explore ways of partnering with the Lagos State government in order to facilitate the planned programmes of the Federal Government to create jobs, particularly for the nation’s graduates.

The former Chief of Army Staff said the Committee was planning a Graduate Internship Scheme to commence in the State by September 1, 2014 and that the visit was to get the governor prepared.

According to him, the second reason for the visit was to assess the importance of Lagos  as the economic hub of the nation in terms of the number of firms, industries and other business organisations in the State, explaining that the Committee intends to get the industries to participate in the scheme to tutor and mentor the graduates for the purpose of making them employable at the end of the programme.