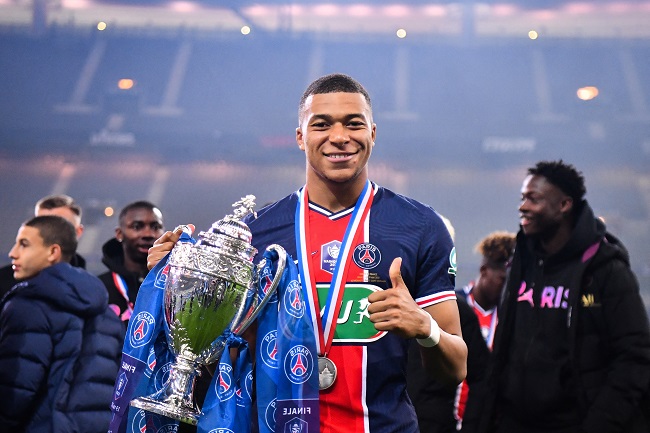 Former France striker Nicolas Anelka believes Kylian Mbappe will need to follow his example in leaving Paris Saint-Germain to play abroad if he is to be regarded as the best player in the world.

Mbappe, who joined PSG in 2017, is about to enter the final season of his contract in the French capital with speculation linking him with a move to Real Madrid.

Despite spending four seasons alongside Neymar at the Parc des Princes, the superstar duo have failed to deliver PSG’s first ever Champions League title and even lost Ligue 1 last season to Lille.

Anelka had a brief stint in Madrid himself after joining Arsenal from PSG as a teenager in 1997.

“If you want the biggest accolades, you will have to move from PSG at some point,” Anelka wrote in an open letter published in The Athletic.

“Whatever you do in Paris will be good, but somebody will always say, “Well, you did great for PSG but it was only in France. The best leagues are in England and Spain, so you didn’t compete with the best players in the best league.”

Mbappe proved himself as a global star at the 2018 World Cup where his four goals helped France become champions for the second time.

However, he was far from his best as Didier Deschamps’ men crashed out of Euro 2020 at the last 16 to Switzerland on penalties last week.

Mbappe was the only player to miss in the shootout, rounding off a miserable tournament in which he failed to score.

Anelka missed the penalty that saw Chelsea lose the Champions League final to Manchester United in 2008 and said Mbappe will bear the “scar” of the Switzerland defeat forever.

“It is a scar that marks you, that fades but doesn’t ever really go away,” he added.

“You feel all alone. You have to live with it and you have to work, work, work on the pitch, play matches, score goals, to be able to start to forget. 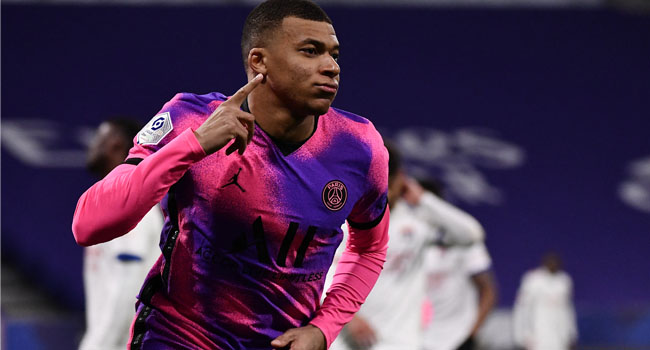 Kylian Mbappe warned he is “only just getting started” after scoring his 100th goal in France’s top flight as Paris Saint-Germain swept aside title rivals Lyon 4-2 on Sunday to move to the top of Ligue 1 following a shock defeat for previous leaders Lille earlier.

Mbappe netted twice at the Groupama Stadium with Danilo Pereira and Angel Di Maria also on target before Islam Slimani and Maxwel Cornet pulled goals back for the home side.

The result allowed Mauricio Pochettino’s team to move into first place on goal difference from Lille, who were beaten 2-1 at home by struggling Nimes in a huge blow to their own title hopes.

Lyon would have gone top themselves with a victory but instead they remain three points off the lead in third place, while Monaco are another point back in fourth after winning 4-0 at Saint-Etienne on Friday.

Mbappe is Ligue 1’s leading scorer with 20 goals this season and has reached a century of goals in France’s top flight in 142 appearances at the age of just 22.

“I knew I was just two goals away. It’s a new step in my career, another step towards history. These are things that stay with you,” Mbappe told Canal Plus.

“I am only just getting started. I still have a lot of years in front of me to perfect and improve my game so I think it can only get better.”

It was a perfect night for PSG, as the reigning champions bounced back from a surprise 2-1 home loss to relegation-threatened Nantes last week and claimed a win against a direct rival in the title race for the first time this season.

They also saw Neymar return after a month and a half, and nine games, out injured. The world’s most expensive player came on as a substitute, replacing Mbappe midway through the second half.

Mbappe was close to his electrifying best and the World Cup winner opened the scoring 15 minutes in, following up to find the net after Marco Verratti’s shot was parried by Lyon goalkeeper Anthony Lopes.

Marquinhos then nodded down a Presnel Kimpembe cross for Pereira to slam in and make it 2-0 just after the half-hour mark, and any hopes Lyon had of a comeback were blown away at the start of the second half.

First Di Maria whipped in a free-kick from wide on the right that evaded everyone on its way into the net, and then Verratti released Mbappe to break clear and finish for his second of the game on 52 minutes.

PSG took their foot off the pedal after that and allowed Lyon back into the game with Algerian striker Slimani firing in from outside the box just past the hour mark before Cornet made it 4-2 inside the final 10 minutes.

“We played well, we won, we have taken back first place and now we’ll try not to give it up,” Mbappe added.

– ‘No excuse’ for Lille –
Pochettino’s side are next in action after the international break on April 3 when they entertain Lille in another top-of-the-table encounter.

Lille had been top at the start of the day but their hopes of a first title in a decade suffered a major blow against Nimes.

Goals from Senegalese striker Moussa Kone and captain Renaud Ripart, either side of Xeka’s equaliser for Lille, gave Nimes a victory which lifted them out of the automatic relegation places.

Lille have now won just twice in league games and been eliminated from both the Europa League and French Cup in recent weeks.

“We didn’t perform well. There is no excuse, but there are eight matches left until the end of the season and the battle goes on,” Lille captain Jose Fonte told Canal Plus.

“Our rule number one is to defend well, not concede goals, and then we will get chances in every game, but we didn’t do that and when you don’t defend together as a team it is always difficult.”

Nimes move up into the relegation play-off position while Nantes, held 1-1 by Lorient, slip to 19th.