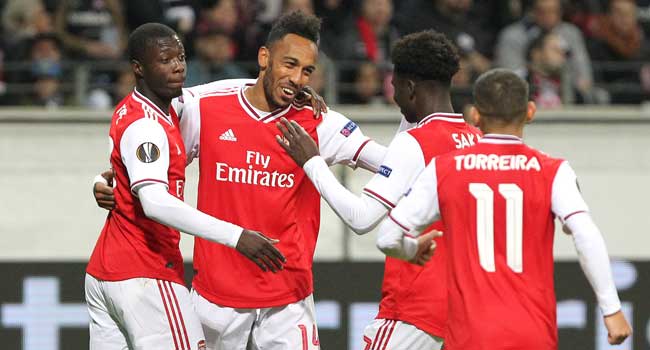 Pierre-Emerick Aubameyang took the honours among the African stars in Europe at the weekend, scoring twice as Arsenal edged Everton 3-2 in an English Premier League thriller.

The brace from the 30-year-old Gabon star increased his league tally this season to 17, level with Jamie Vardy of Leicester City at the top of the scoring charts.

Striker Aubameyang was in predatory form as his brace fired Arsenal to a 3-2 victory over Everton at the Emirates Stadium. The 30-year-old netted Arsenal’s second goal to put them 2-1 in front when he sprinted on to David Luiz’s pass and fired into the far corner in the 33rd minute. After Richarlison equalised on the stroke of half-time, Aubameyang struck again 26 seconds into the second half with a glancing header from Ivorian Nicolas Pepe’s cross.

The winger provided a moment of magic to help Manchester City to their single-goal victory against Leicester. With Pep Guardiola’s side labouring to break down the stubborn hosts at the King Power Stadium, it was Mahrez who found a way to prise open their defence. Surging forward from midfield, Mahrez weighed up his options in an instant and slipped a perfectly-timed pass to Jesus, who buried the 80th-minute winner that moved second-place City seven points clear of third-place Leicester.

The Ivory Coast forward was involved in a flash-point that saw Newcastle’s Valentino Lazaro sent off in Crystal Palace’s 1-0 win over Newcastle. Patrick van Aanholt’s superb first-half free-kick had put Roy Hodgson’s side on course for their first win of 2020, but the points were not secure until deep into stoppage time when Zaha burst through on goal and was hauled down by Lazaro, who was shown a straight red card.

Real Madrid loanee Hakimi was one of Dortmund’s young guns to shine in a 2-0 win at Werder Bremen, proving constantly dangerous on the right wing. The Moroccan’s pass for Erling Braut Haaland’s goal marked his 10th assist of the season.

Antwi-Adjei, who was born in Germany but represents Ghana at international level, won the ball back and carried it upfield in the lead-up to Sven Michel’s equaliser in the 75th minute against Bayern Munich. Despite picking up a late yellow card, Antwi-Adjei was impressive throughout in his side’s 3-2 loss to the German champions.

Paderborn forward Mamba, who has scored five goals so far this campaign, thought he had a sixth in the fourth minute his side’s defeat at Bayern when he slid the ball under Manuel Neuer, but his goal was ruled offside. The Germany-born player, who has roots in the Democratic Republic of Congo, had another clear chance in the 50th minute but was unable to connect with a lofted cross, injuring his knee in the process.

Cameroon striker Bahoken came off the bench in the second half and needed only a minute to score the only goal of the game as Angers beat Montpellier 1-0 to record their first league win of 2020. It was just a third league goal of the campaign for the 27-year-old, who netted 11 times last season.

The France-born Senegal forward was recalled to the Rennes team for their home clash with Nimes and marked the occasion by scoring twice as the Brittany side came from behind to win 2-1. Niang headed the winning goal in the 89th minute and the result allowed Rennes to reclaim third place in the table as they fight to qualify for the Champions League for the first time. Niang is also now on 10 league goals for the season.

Senegal forward Diallo has been outstanding for Metz this season, wearing the captain’s armband and scoring 12 times for a team fighting to avoid relegation. However, he was sent off late on in his side’s 2-0 defeat by Lyon, receiving a straight red card for hitting out at opposition defender Marcal. He now faces a suspension for upcoming games, with his club hovering just above the bottom three in Ligue 1. 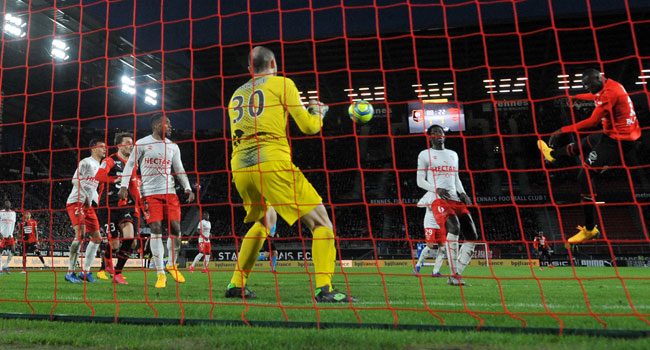 M’Baye Niang scored a double, including an 89th-minute winner, as Rennes edged out Nimes 2-1 on Sunday to retake third place from Lille in Ligue 1.

Senegal international Niang helped Julien Stephan’s side recover from a goal down and end a three-match winless streak in the league, while snapping lowly Nimes’ four-match winning run.

Rennes are now one point clear of last season’s runners-up Lille, who beat rock-bottom Toulouse 3-0 on Saturday, in the race for the third and final Champions League spot.

Nimes, whose strong recent run has given them fresh hope of avoiding relegation, grabbed the lead inside the first minute when Nolan Roux picked out the top corner.

Nimes centre-back Anthony Briancon was sent off early in the second half to leave the visitors down to 10 men, and Rennes eventually took advantage.

Niang was left unmarked to nod home his 10th league goal of the campaign. 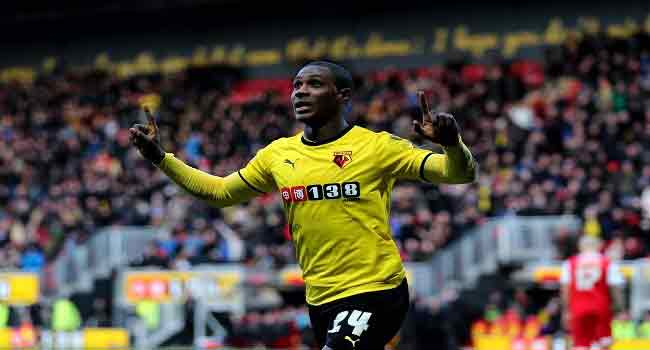 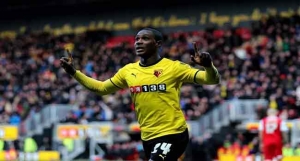