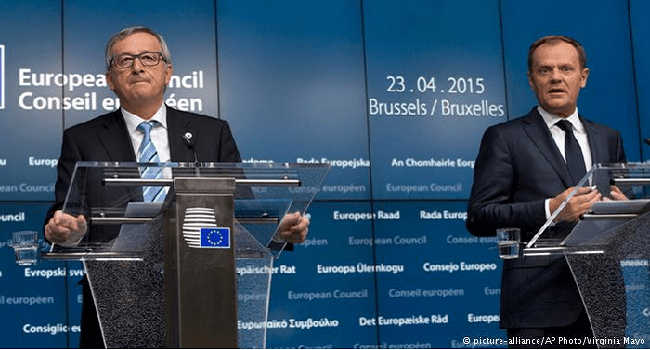 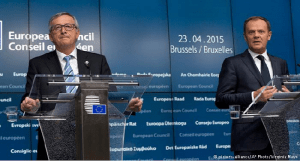 European Union (EU) leaders have pledged to triple fund for search and rescue operations aimed at migrant boats in the Mediterranean sea, following the crisis that claimed more than 750 lives.

The member states at the emergency summit convened in Brussels on Thursday, agreed to triple funding to $9.7 million a month for the EU’s border operation that patrols the Mediterranean Sea.

Leaders from the 28 nation bloc also said that they were discussing laying the ground for military action against traffickers.

Germany and France pledged two ships while Britain committed three to move into the Mediterranean, and other member states also lined up more vessels and helicopters that could be used to rescue migrants.

French President, Francois Hollande, said that he would seek a United Nations (UN) resolution to support the destruction of traffickers’ boats.

The summit came after more than 750 people died on a boat crossing from Libya on Sunday.

Earlier, funerals for 24 of the victims were held in Malta.

The number of people fleeing war and poverty in the Middle East and Africa has risen sharply in recent months.

More than 35,000 are thought to have crossed from Africa to Europe this year and some 1,750 have died while attempting the journey. The estimated toll from Sunday’s capsizing was the worst on record.