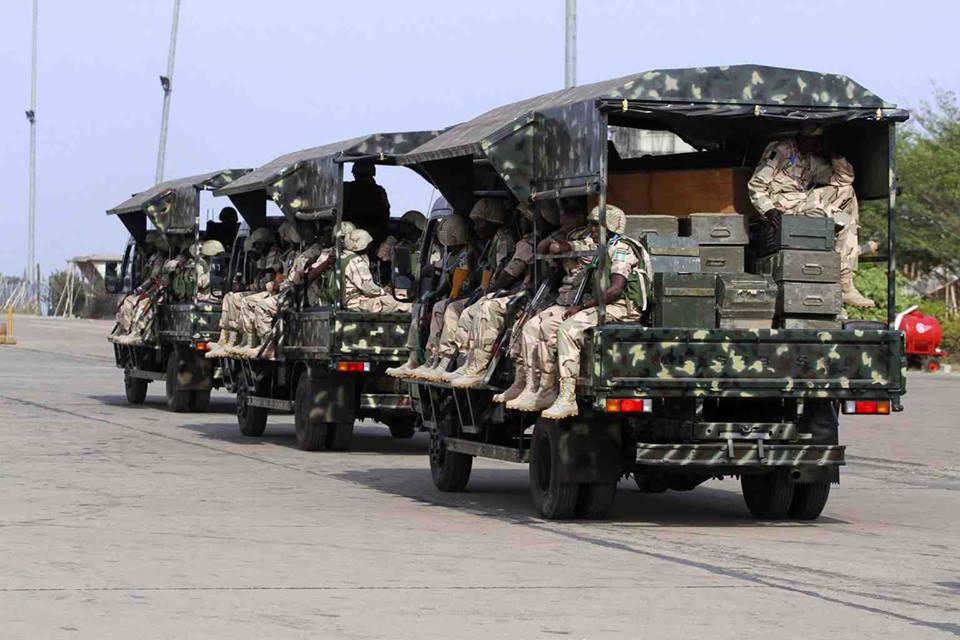 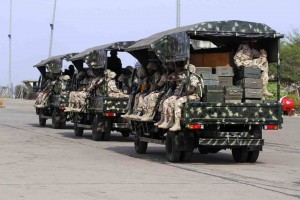 Troops on patrol during the weekend dislodged a band of terrorists who were about to attack some settlements in the outskirt of Bama and Ngurosoye.

The statement also added that “about 18 terrorists died in the encounter.  16 burnt AK 47 rifles were found in the debris while 5 Pickup vehicles, 7 Gulf cars and one Hilux truck were destroyed.

“A total of 75 villagers were screened and released in the course of cordon and search in the adjoining communities.

“The purported bomb attack on a market in the vicinity as widely reported in the media is however yet to be verified” it said.

The statement further revealed that “a total of sixteen AK47 rifles were recovered in the course of cordon and search of communities, while mop up operations are ongoing on Mandara Mountains and Haraza hills.

Troops, according to the statement, eventually overran camps in the outskirts of Gombole, Mele, Kecheri, Dufrfada, Yuwe, and others around Mandara Mountains and Sambisa forests after stiff resistance, insisting that “many terrorists died in the encounter, while a soldier lost his life and five others were wounded”.

The Multi-National Joint Task Force (MNJTF) has also stepped up patrols of the banks of Lake Chad as well as surrounding communities in addition to air surveillance and patrols designed to smoke out the remnants of the terrorists.

“The air raids on some camps cited on Islands have also recorded successes in dislodging the terrorists located there.

Meanwhile, the statement further maintains that “troops’ morale and fighting spirit have remained noticeably high while some of the terrorists camps falling to the forces in the ongoing counter terrorist campaign have been found deserted”.

Food items earlier seized by terrorists from the villagers are often found stockpiled along with other items such as electronics and power generators.  The camps were swiftly razed by the troops.