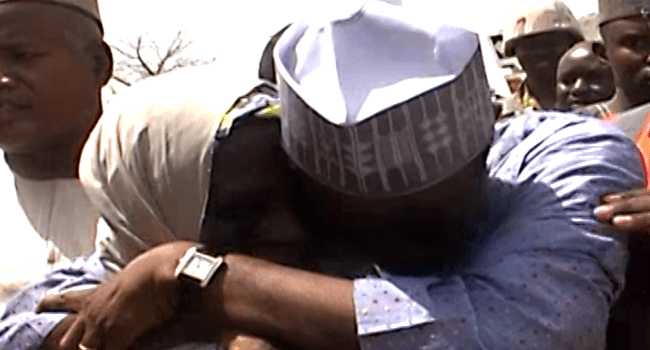 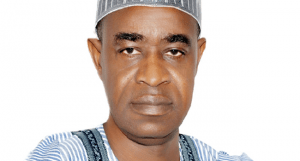 The Minister of Youth Development and Former Governor of Adamawa State, Mr Boni Haruna, could not hold back tears as he met victims of Boko Haram attacks in the north-east.

His meeting with the victims came, as they reunite with their families, after liberation by the military.

The Minister met the victims of the Boko Haram insurgency in Mubi, Hong, Gombi, Maiha, Ganye and Michika local governments of Adamawa state.

Mr Haruna, who led a Federal Government delegation to the camp, promised that the government would help them settle back into their communities.

While some of the communities in Adamawa have been rescued from the hands of the Boko Haram terrorist group, the victims are returning home to pick up their lives.

The former governor of Adamawa State, who led a delegation of the Federal Government to meet some of the victims of the insurgency in the north-east could not hold back tears when he saw the destruction by the  extremists.

Grateful to be home, some of the victims however wondered how they would rebuild their lives.

While the military says it has taken firm control of the area and dismissed fears of fresh attacks, the Federal Government is optimistic that things would return to normal in the north-east, as it is working through the National Emergency Management Agencies to rebuild the communities.

The insecurity in the region has forced the nation to postpone its general elections by one month to enable the military regain control of communities under the control of the insurgents. 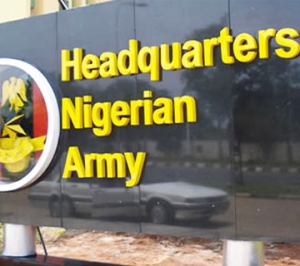 The Nigerian Army has assured that the military will soon re-capture Adamawa and Borno States after it renewed pressure on terrorists in the two north eastern states.

Military spokesman, Maj. Gen. Chris Olukolade, told Channels Television that “there is a more intensive shelling of areas where the terrorists are hiding.

He said air raids are already being carried out by officers and men of the Air Force and Nigerian Army ground operations is yielding results.

According to him, the focus now is on deployment of troops and necessary equipment to reverse all recent violation and breach of security by terrorists and others operating in parts of the country.

Suspected militants believed to be members of the radical sect, Boko Haram, on Wednesday launched a coordinated attack on Uba and Mubi towns of Adamawa State, north-east Nigeria.

Both towns are located at the northern part of the state bordering Michika and Madagali earlier under siege by the Islamists, the Boko Haram.

Residents said gunshots are currently being heard in both towns as there have been fierce battles earlier in the day. Security troops have made several attempts to repel attacks on the two towns.

Last month, the government announces a ceasefire deal with Boko Haram, but that agreement is being breached by the militants. 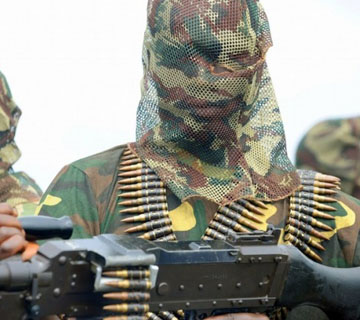 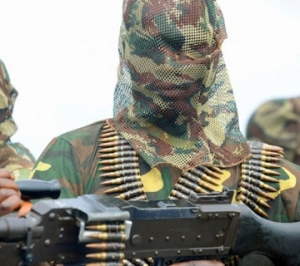 The Chairmen of Michika and Madagali Local Government Areas of Adamawa State, North east Nigeria, currently under siege by the dreaded sect the Boko Haram, have cried out to the Federal Government and international community on the need to take urgent steps towards the return of the displaced persons from the communities as a result of the ceaseless attacks by the dreaded sect.

They told Channels Television in Yola, the Adamawa state capital that their people are scattered within and outside the country in the neighbouring Cameroon because of Boko Haram attacks on the various communities which has displaced almost all the people of the communities.

The Chairman of Michika Local Government, Hon. Vandi Favanza said “his local government has been taken over by the insurgents as only the aged are currently living at the mercy of the sect members”.

While calling on the concerned authority to consider the sufferings of his people, the chairman said all he needs from the state, the Federal Government and the international community is to restore peace and normalcy for his people to go back home despite the “luxury” life in the town.

“We want our people to go back home to unite with their thatch houses, eat their local food and continue with their legitimate businesses, instead of busy roaming about in cities, bushes and caves doing nothing because others have denied them assess to their homes for no reason”, he noted.

In the same vein, the Chairman of Madagali Local Government Area, Engr. James Abawu, said the situation in his council area is very pathetic as over 500, 000 inhabitants are displaced by the upheaval.

“As I talk to you over 500, 000 inhabitants of my area are displaced and I want government at all levels to help me relocate the people back to their various homes in Madagali.

“The plight of every rural person is to live in his community irrespective of any difficulty. But the great injustice you will do to him is to take him out of his community” the Chairman said.

Both chairmen stressed the importance of people in any democratic set-up, adding that they can’t enjoy governing or government without people.
They called for urgent attention ahead of the 2015 general election as their people may be disenfranchised, but expressed need for immediate peace before talking of anything politics.

Its about two months now since the dreaded Islamic sect the Boko Haram have taken over the two council areas with most residents fleeing and taking refuge on mountains, caves, cities and neighbouring Cameroon.