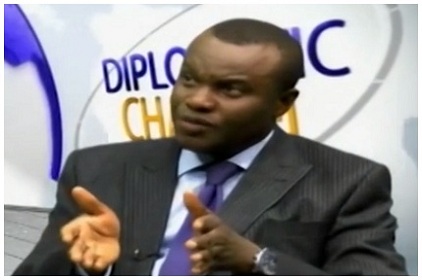 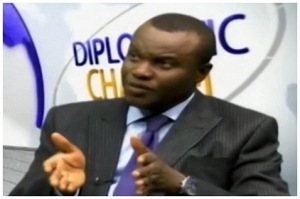 It also looked at what led to the crash of the Malaysian flight MH17. Was it an honest mistake, or was the alleged missile fire deliberate on a passenger airplane, with no stake in the Ukraine-Russia stand-off?

Then it also examined how the French celebrate Bastille Day in Nigeria.

Just like the Americans, it’s a party, but in a more formal environment.

The French love their wines, and variety of cuisine.

Scores of people have been killed since Israel began its offensive on the Gaza Strip last week. However, more people have died since it launched its ground offensive.

There are reports that as at Sunday, 60 people had been killed in one area alone. The number of death toll, since the offensive began, the number has gone up to 18, mostly soldiers.

Nevertheless, Prime Minister Benjamin Netanyahu has promised to continue operations in Gaza, despite the growing number of fatalities.

Three days since it announced the ground offensive, Israel has kept true to its word.

The growing number of casualties has been more on the part of the Palestinians, with only a quarter or so of the more than 400 people, who have been killed since the offensive began, on the part of Israel.

A guest on the programme from Pan Atlantic University, Tommi Vincent, gave his opinion on the war, insisting that the Israel and the Palestine should consider going back to the table for negotiation. 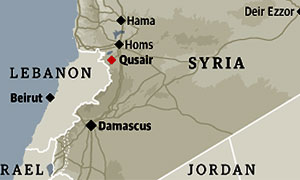 Syrian army soldiers and tanks were a visible presence on the streets of Qusair today having earlier taking control of the city from rebel fighters in a significant advance for President Bashar al-Assad’s forces in the country’s civil war.

Hezbollah television station Al-Manar showed large numbers of soldiers on the streets as well as tanks and diggers clearing rubble as tanks moved around the damaged clock-tower in the centre of the city.

There was no sign of civilians with deserted cars and damaged buildings seemingly empty.

Rebels said they had pulled out of Qusair, which lies on a cross-border supply route with neighbouring Lebanon and where they had fought fierce battles with government forces and Hezbollah guerrillas for more than two weeks.

More than 80,000 people have been killed in the fighting and another 1.6 million Syrians refugees have fled a conflict which has fuelled sectarian tensions across the Middle East, spilled over into neighbouring Lebanon and divided world powers. 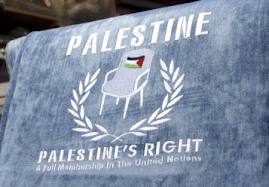 The Ambassador of the state of Palestine to Nigeria, Dr Montaser Abuzaid has called for greater cooperation between Nigeria and Palestine just as he commended the Nigerian government and African Union for their support to the State of Palestine in its quest for membership in the United Nations General Assembly.

In a meeting with the governor of Kaduna State, Dr Muktar Ramalan Yero on Wednesday, the Envoy described Nigeria as an investment haven for the people of Palestine and reiterated plans to strengthen the diplomatic ties of both countries through commerce and trade.

Nigeria was amongst the 138 countries that voted for the admission of the State of Palestine into the UN General Assembly in 2012.

Expressing gratitude for the visit and the intention of Palestine authorities to invest in Kaduna State, Dr Yero said it is the sincere hope of Nigeria that peace is returned to the Middle East.

The governor expressed hope that the cordial relations between Kaduna and the Palestinians will continue to grow stronger.

Speaking on the Middle East crisis, the Ambassador claimed that the attitude of Israeli authorities is the main obstacle to restoring peace and stability in the Middle East.

He called on the Israeli government to respect the United Nations resolution on the conflicts between both countries.

While calling on the international community to intensify efforts towards resolving the conflicts in the Middle East, the Palestinian Ambassador stated that the actions of the Israelis have continued to jeopardize peace process in the Arab nation.

He also urged Christians and Muslims in Nigeria to continually work out ways to live together in peace.