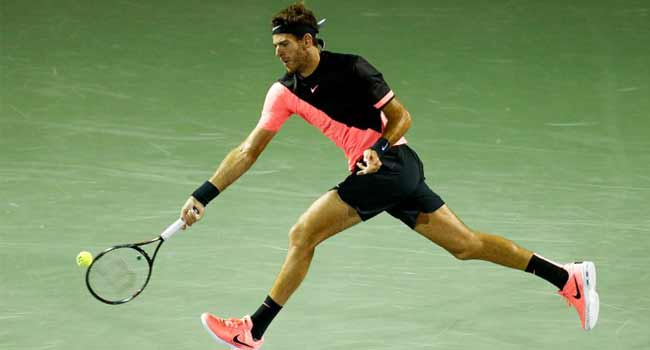 Roared on by a partisan crowd, del Potro rallied after losing the first set to finally wear down the Canadian in two hours and 53 minutes of relentless drama.

There was little difference between these two big hitters, but it was the Argentine who held his nerve when it counted to book a last-four encounter with Isner on Friday.

“I love to play in matches like this,” a visibly weary del Potro said after his 15th straight match win.

“We both played well, the difference was perhaps that I just played better in the tie-breaks.

“I am tired now, but at least I have a day off to prepare for Friday. It’s going to be important that I recover physically and mentally because that was a real battle.”

Del Potro came into the match owning the hottest streak on the ATP tour with 20 match wins this year.

The Argentine’s return to form has delighted his fans in Miami, where they packed the main stadium once again to cheer their hero ever closer to winning the “Sunshine Double” of Indian Wells and Miami on the heels of his triumph in Acapulco.

Raonic, the big-serving Canadian, had other ideas.

The pair met in the Californian desert just three weeks ago with 2009 US Open champion del Potro winning 6-2, 6-3, but 25th-ranked Raonic was on his game from the off.

The first set went with serve until del Potro double-faulted on set point to silence the crowd.

Their fears worsened as sixth-ranked del Potro called for the trainer, although after a lengthy discussion with officials no treatment was given and the second set began.

It was similarly neck and neck with both players hitting powerfully from the baseline.

Del Potro badly needed to break a player who arrived at this last eight encounter having held in all 28 service games as well as saving five break points in his three straight-sets triumphs.

Attempting to stay alive in the match, del Potro almost suffered a freak injury when racing to reach a Raonic passing shot, he leaped over a hoarding and into the photographer’s pit at the side of the court.

He needed time to recuperate but emerged unscathed and was able to send the second set into a tie-break.

Del Potro raced to a 5-0 lead and sent his fans wild by sending the match into a decider.

The first four games all went against serve as Raonic was broken for the first time in the tournament.

Del Potro finally held for 3-2 and Raonic was left to serve at 5-6 to keep his hopes alive and so it went into a final tie-break.

Del Potro carved out a 5-2 lead, a position of strength from which he was finally able to see the match out.

Isner will, however, be a difficult nut to crack with the American recovering from an early-season slump to play some of the best tennis of his career.

The big-serving 32-year-old American fired 13 aces to dispatch 19th-seeded Chung in only 68 minutes.

“I played extremely well and every match I have gotten better and stronger,” Isner said.

“The conditions were perfect for me. The way the ball bounces, the court isn’t too fast, so it’s great for me. I have played well here before but I am delighted to get this far.” 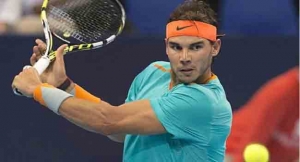 Moya, who parted with Milos Raonic in November, said he had a “common project” with Nadal’s team.

The 40-year-old Spaniard would join Toni Nadal and Francis Roig in working with the 14-time Grand Slam champion.

He would also work at the Rafa Nadal Academy.

Moya said: “Rafa is a special player and above all, a great person and friend.”

The world’s number nine said being coached by the former French Open champion was special to him.

“To have someone like Carlos who is not only a friend but also a very important person in my career is something special,” he said.

Britain’s Andy Murray battled back from a set and a break down to beat Milos Raonic and book his place in the final of the ATP World Tour finals in London.

Murray looked out of sorts in the opening set and first three games of the second, but he then rallied and eventually prevailed 5-7 7-6 7-6 in a tournament-record three hours and 38 minutes.

The result extended his winning run to a career-best 23 matches, sealed his first appearance in the final at the O2 Arena and ensured he remains on course to end the season as world no 1.

Andy Murray had admitted before the match that Milos Raonic will be a tough opponent to beat.

Murray crushed Stan Wawrinka 6-4 6-2 on Friday to book his place in the last four and ahead of Saturday’s game.

Murray entered the clash with an 8-3 head 2 head record against Raonic, who has lost the past seven meetings against the Briton, including five this season.

Britain’s Andy Murray will become world’s number one tennis player for the first time after Milos Raonic withdrew from their Paris Masters semi-final.

Murray needed only to reach the final in Paris after current number one Novak Djokovic lost to Marin Cilic in Friday’s quarter-final.

Canadian Raonic, however, announced before Saturday’s match that he was injured.

Murray will be the first British singles player to hold top spot since computerised rankings began in 1973.

On the other hand, John Isner has cruised to a straight-sets victory over Marin Cilic to meet Murray in the finals.

This means that Isner would finish the year as the number one American for the fifth consecutive year.

The straight sets victory saw Murray capitalising on the relative inexperience of the sixth-seeded Raonic to control the match from start to finish.

Andy Murray got off to a good start taking the first set 6-4 after breaking Raonic mid-way through on his way to winning his second title on home soil.

Milos Raonic got into the match in the second set, defending well and saving four break points against his serve.

With this he pushed Murray into a tie-break, but the Scot was just far too good for him, first racing into a 3-0 lead and then earning himself five set points at 6-1.

Raonic saved the first two of those with two huge serves, but he then put a Murray second serve in the net to allow the Scot to go 6-4 7-6(3) ahead.

Murray was made to sweat even more as he wrapped up the third major of his career in two hours and 47 minutes.

He now leads their head-to head record 7-3 and has beaten him on clay, grass and hard courts this year.

Andy Murray had admitted that Sunday’s Wimbledon final would be a new experience as he appeared in a grand slam decider without Roger Federer or Novak Djokovic on the other side of the net for the first time.

Murray’s 6-2 6-3 6-3 semi-final victory over Tomas Berdych on Friday saw the world number 2 reach his 11th major final while Milos Raonic recorded a five-set win over Federer in the other semifinal.

Murray defeated Djokovic in the 2013 final to end the 77-year wait for a home champion. 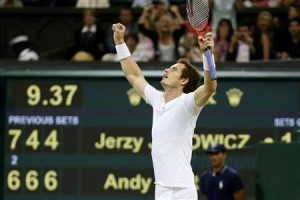 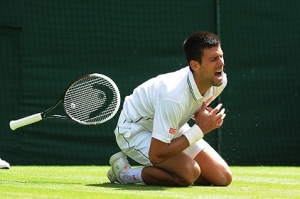 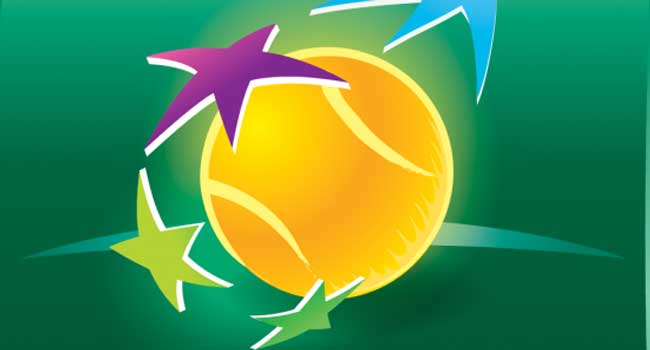 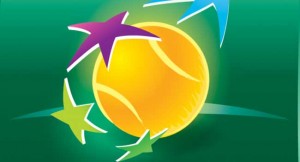 The 26-year-old Belarusian beat the American number one seed 6-4 6-4 under 90 minutes in front of a stunned crowd at the sun-baked Indian Wells tennis garden.

Azarenka broke the top-seeded American once in the opening set and twice in the second before wrapping up the victory.

The Serb beat big-serving Canadian Milos Raonic with a 6-2 6-love in the men’s final.

The 28-year-old Serb broke his out-of-sorts opponent twice in the first set and three times in the second to wrap up victory in one hour 17 minutes on a blazing hot afternoon. 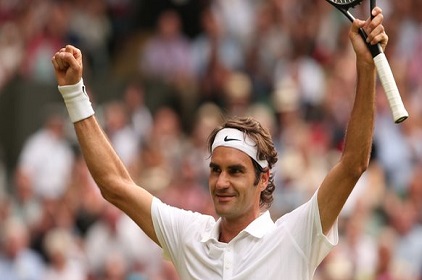 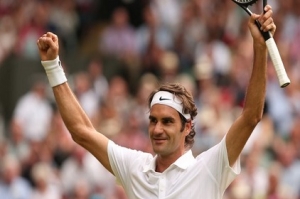 Top seeds Novak Djokovic and seven times champion Roger Federer had to fight back to win their respective games  to claim their place in the Wimbledon semi-finals.

The Serb snuck past Cilic  in 3 hours, 38 minutes with the help of a seven service breaks  and  six double faults by  his Croatian counterpart.

Federer, on the other hand lost the opening set of his quarter-final game to Australian Open champion and compatriot, Stanilas Wawrinka before coming through 3-6 7-6 (7-5) 6-4 6-4 on Centre Court.

This will be the ninth Wimbledon semi finals of the the 17 – time grand slam winner and his 35th career major semis.

Raonic advanced with a resounding ace on his fourth match point after 2 hours, 22  minutes of big-hitting tennis.

In the women’s category, 3rd seed, Simona Halep will meet Eugenie Bouchard in the Wimbledon semi-finals after both completed straight-sets quarter-final victories.

Halep, who is the highest seed left in the draw, defeated 2013 finalist Sabine Lisicki 6-4 6-0 while Bouchard,who is the 13th seed from Canada, reached her third Grand Slam semi-final of the year with a 6-3 6-4 win over German, Angelique Kerber.

Czech pair, Petra Kvitova and Lucie Safarova will meet in the other semi- final match.