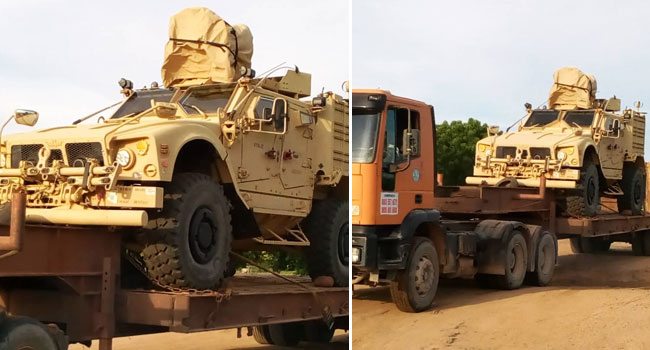 Allegedly owned by the American military, the trucks were intercepted while transiting from Cameroon to Niger via the Nigerian border.

The Public Relations Officer of the Nigerian Customs Service, Joseph Attah confirmed this to Channels Television.

According to him, the trucks and the content therein are now with the Yola command of the service for security reasons, pending the conclusion of investigations into the matter.