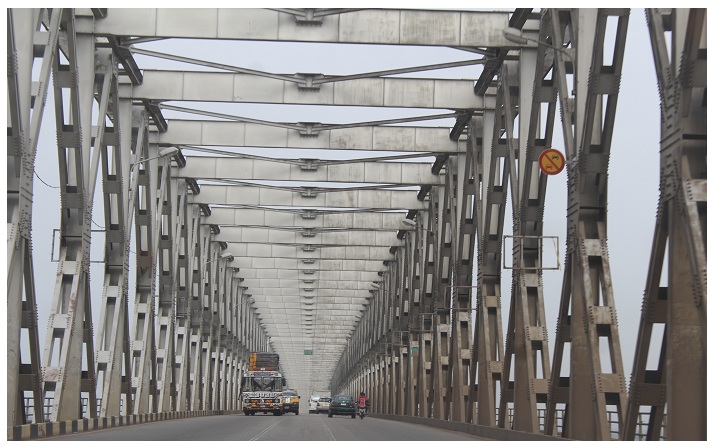 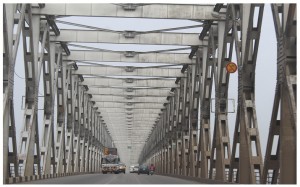 The Nigerian President, Goodluck Jonathan, on Monday performed the ground breaking ceremony of the Second Niger Bridge, 50 years after the first bridge was built.

Performing the function at the Anambra end of the project site, the president assured Nigerians that the construction would begin immediately and would be completed within the four years record time and according to design.

The old Niger bridge sprawls across the Niger River on the Onitsha side of Anambra State to Delta State, with evidence of age written all over it having been built in 1965.

Construction of the second bridge is from Ogbaru side of Anambra State to Delta State.

The President said the second Niger Bridge would be part of the transformation agenda and a critical national infrastructure that would be key to social economic development.

He also said the project, when completed, would improve road transport, communication and also link industrial and commercial regions.

According to the Minster of Works, Mike Onolememen, the second Niger Bridge and the connecting roads would enhance economic development of the southeast and southwest.

“The Federal Government is committed to building an enduring bridge across the Niger that will meet internally acceptable standard and deepen national integration and interaction,” Mr Onolemenme said while giving the specification and the cost of the bridge.

On the aspect of the financing, the Minister of Finance and Coordinating Minister of the Economy, Dr Ngozi Okonjo-Iweala said the Federal Government financing model involved Private Public Partnership, with quality participants being part of the project which would cost 117.9 billion Naira (about 698 million dollars).

Several speakers in the likes of the Deputy Senate President, Deputy Speaker, Chairmen of Works Committee in the Senate and House of Representatives, and Governors of Abia and Delta States, all commended the President’s political will to ensure the commencement of the second Niger Bridge and urged him to see to its completion.

The Anambra State governor, Peter Obi, however, expressed dissatisfaction over the indoor nature of an occasion that would have been done in the open.

He commended the president’s love for the people of the southeast.

The second Niger Bridge, for which 40 billion Naira has already been provided for the commencement of work, will indeed eliminate the burden of traffic gridlock suffered on the Anambra and Delta ends of the road, a constant situation that has weakened the first bridge which was constructed with £5 million.