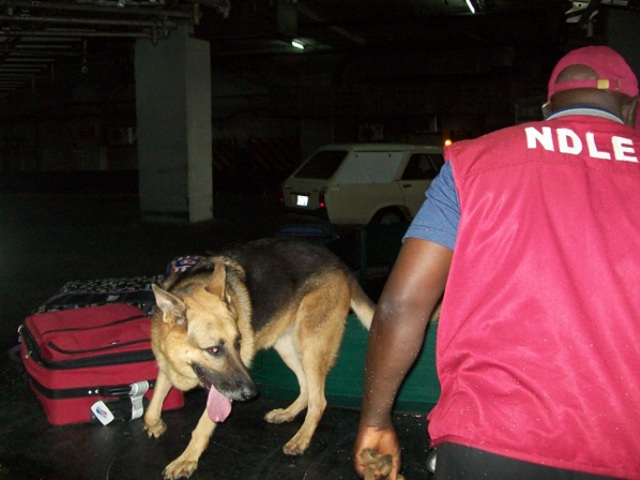 The operation which lasted many hours, led to the arrest of 50 suspected drug addicts and over one hundred addicts as well as seizure of various kilogrammes of narcotics such as cannabis, cocaine and heroin.

Parading some of the suspects, Kaduna State NDLEA Commander, Mohammed Jibrin told Channels Television that the aim of the operation is to flush out criminals out of the state and make it peaceful ahead of the 2015 general elections, warning that Kaduna is no longer a safe haven for illicit drug users or traders.

The commander added that the operation was the third this year since the inauguration of the Joint Task Force by the state governor in December 2013.

He commended the Nigerian Army, Civil Defence Corps for giving the needed backup because of the notoriety of the area.

Giving an insight on the operation, the Assistant State Commander in Charge of Operations, Goody Obanoke, said the suspected drug peddlers would be prosecuted after investigation while the users  are to be taken to the agency’s facility in Zaria for counselling and rehabilitation.

He  urged stakeholders to support the NDLEA towards the eradication of illegal drugs in the society. 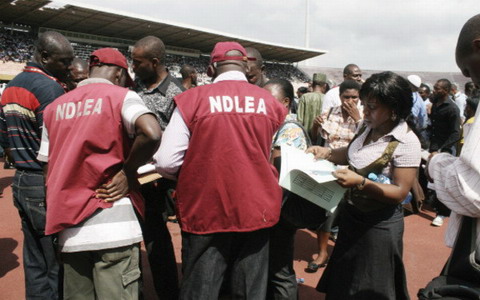 He was speaking to reporters in Kaduna, where he gave the breakdown of the suspects as 371 males and 13 females.

He said Cannabis Sativa, also known as Marijuana, topped the list of seizures put at about 2.368 tons, adding that the 2013 numbers indicate a marked increase in the rate of arrests and seizures by the command.

The Commander also announced the discovery and sealing off of a fake Pharmaceutical company located in Zaria and another discovery and destruction of five Cannabis farms in five local government areas of the state.

Mr Jibrin also announced the arrest of eight drug barons and the conviction of 72 drug dealers to various jail terms by the Federal High Court in the state.

The commander, who decried the high rate of drug abuse among the youths in the state, however, vowed that the agency would not rest until it had eradicated such unwholesome practice across the state.

“The agency successfully rehabilitated 33 drug addicts and another 20 are undergoing the same process in their facility in Zaria,”  he said.

The State Commandant of the agency, Mohammed Jibrin, told newsmen in his office that   the farms are located in Sanga, Kagarko, Jema’a and Zaria Local Government Areas of the state.

Jibrin said the agency discovered the farms through information from indigenes of the communities and stressed the need for the public to furnish the agency with information that could enable it combat the increasing rate of drug abuse and peddling in the state.

According to him, the agency has arrested 137 suspects with over two tons of cannabis sativa, 235 grammes of cocaine and 182 kilograms of other narcotic substances between January and October this year while 70 suspects have been convicted for various drug-related offences.

The Commandant assured the public of confidentiality and safety of any person that provided it with information that could enable the agency curb drug abuse and trafficking.

While calling on parents and guardians to be wary of the activities of their children, the commandant disclosed a new form of drug addiction among the youths to include; sniffing of lizard excreta, pit toilets, smoking old papers and inhaling of petrol.

While commending Governor Muktar Ramalan Yero of Kaduna state for his assistance to the agency in the fight against drug abuse in the state, he stated that the agency has focused much of the fight on powerful drug barons in the state.

He also appealed to other security agencies in the state to always hand over drug suspects to the agency for prosecution, rather than them charging  such suspects to court without proper consultation.