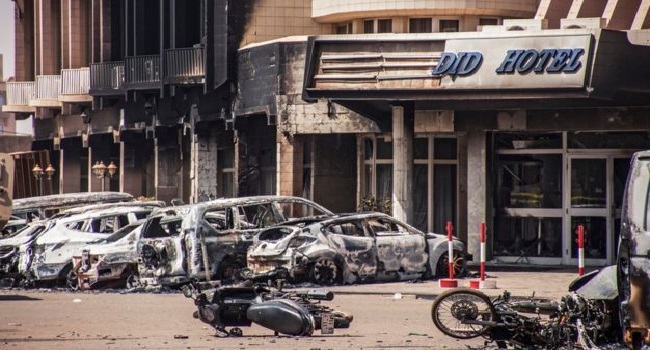 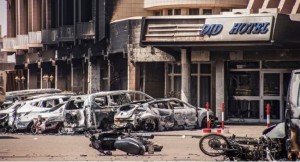 Burkina Faso’s government says 28 people were killed and 56 injured after Islamist militants attacked a hotel in the capital, Ouagadougou.

Al-Qaeda in the Islamic Maghreb (Aqim) has said it carried out the attack, which began on Friday night.

Canadian country’s Prime Minister, Justin Trudeau, said six of those killed were from his country.

Burkina Faso is to observe 72 hours of national mourning for the victims.

The siege at the splendid hotel popular with foreigners, was declared after a joint operation by local and french security forces.

At least four attackers died in the assaults. There were claims that some of those involved were women.

As well as the luxury hotel, a cafe and another hotel nearby were targeted.

Burkinabe Security Minister, Simon Compoare, said that 176 hostages had been rescued. The bodies of three “very young” attackers had been found.

The BBC reported that the Al-Qaeda in the Islamic Maghreb grew from a remnant of a defunct rebel force, rooted in Algeria’s civil war in the 1990s, into a wealthy and feared militant group that made its money from kidnapping Westerners and trafficking arms and drugs.

In 2007, it announced it had joined the Al-Qaeda network to fight against Western interests. Later, some of its members left to form their own factions.

The most notable of these was Mokhtar Belmokhtar who was behind the 2013 siege of a gas plant in Algeria.

In November 2015 Belmokhtar’s faction said it had worked with its parent group to attack a hotel in Mali. That signaled the mending of relations between some of the factions to rebuild the original AQIM, which was being overshadowed by its rival, the so-called Islamic State. 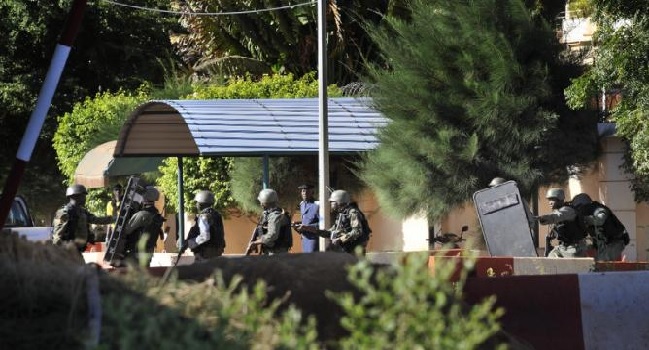 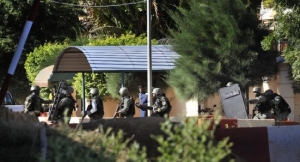 French forces in Mali “neutralized” around 10 fighters in a weekend operation against the al Mourabitoun Islamist group, which claimed responsibility for an attack on a luxury hotel in the capital last month, France’s defense ministry said on Tuesday.

Nineteen victims and two gunmen died in the Nov. 20 assault on Bamako’s Radisson Blu hotel. The victims included six Russians, three Chinese, an American, a Belgian, a Senegalese and an Israeli.

A statement released by the defense ministry said fighting during the night from Dec. 19 to Dec. 20 lasted nearly four hours.

“French forces carried out an operation in the region of Menaka in Mali against an element of the terrorist group al Mourabitoun responsible for numerous attacks,” the statement said ,without identifying the operation’s target.

“Some 10 terrorists were neutralized. A large quantity of arms and explosives were seized,” it added.

Al Mourabitoun, headed by veteran Algerian jihadist Mokhtar Belmokhtar, and al Qaeda in the Islamic Maghreb (AQIM) said the Radisson attack was a joint operation between the two groups. 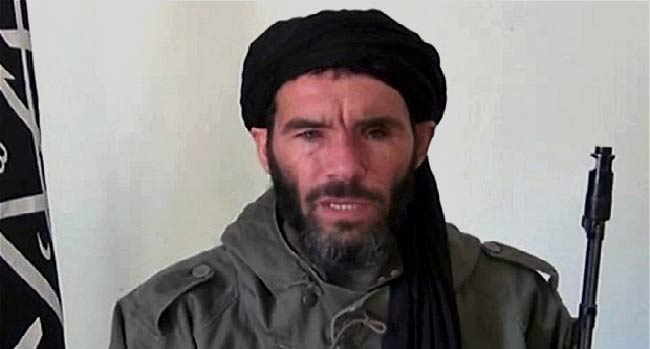 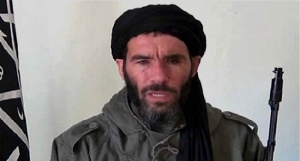 The Libyan government has reported that a top Islamic militant ‘Mokhtar Belmokhtar’ who ordered a deadly attack on an Algerian gas plant two years ago has been killed in a US air strike in Libya.

Mokhtar Belmokhtar and other fighters were killed in the raid by aircraft in the eastern city of Ajdabiya.

The US confirmed that Belmokhtar was targeted, but did not say he had died.

The Pentagon Spokesman, Colonel Steve Warren, described the strike as successful and that officials were still assessing its results.

He said it would “provide more details as appropriate”.

Born in Algeria, Belmokhtar was a former senior figure in Al-Qaeda in the Islamic Maghreb (AQIM), but left to form his own militia.

He was reported to have gained notoriety with the attack on the In Amenas gas plant in Algeria in 2013, when about 800 people were taken hostage and 40 killed, most of whom were foreigners, including six Britons and three Americans.

There have been several false reports concerning Belmokhtar’s death.

In 2013, Belmokhtar was believed to have died fighting in Mali.

He has earned a reputation as one of the most elusive Jihadi leaders in the region.

Since the fall of Muammar Gaddafi in 2011 and Libya’s slide into chaos and fighting between two rival governments, the North African state has seen the rise of Islamic militant groups, who have taken advantage of the turmoil. 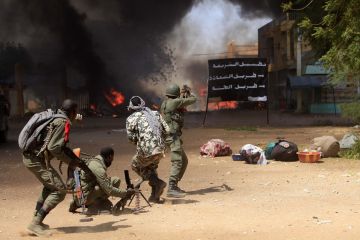 He said some 1,600 French and Chadian troops operating in the area continued to search for Islamist rebels.

France is still not in a position, however, to confirm reports that the military operation has killed two key al Qaeda commanders, Abdelhamid Abou Zeid and Mokhtar Belmokhtar, Le Drian told BFM TV.

Shown a photograph published in French media of a partly shrouded corpse said to be Belmokhtar’s, Le Drian said it would be good news if it was the jihadist leader but that he was not convinced by the image.

“Our forces fought terrorist groups last night, still in the same area, the Ametetai valley region, where there is a strong concentration of them. Around 15 militants were killed,” Le Drian said.

“It’s not over yet as after the Ametetai valley there are other valleys … Given the ferocity of the fighting over the past fortnight, we can see there is a hideout there.”

Three French soldiers and dozens of Islamists have been killed in a seven-week campaign that has driven al Qaeda-linked fighters who took over northern Mali last April back into mountain and desert redoubts, where they are being hunted by hundreds of French, Chadian and Malian troops.

Al Qaeda in the Islamic Maghreb (AQIM) has pledged to avenge the French assault, which Paris says it launched due to fears that its former colony could become a launch pad for wider Islamist attacks.

Asked about the risks of the fighting to a French family taken hostage in Cameroon last month by Islamist militants and taken into Nigeria, Le Drian said France had information on the whereabouts of the three adults and four children, and everything indicated they were still alive.

“I think if the hostages had been killed, their captors would have let it be known,” he said. “We are using all the means we can to get them freed.” 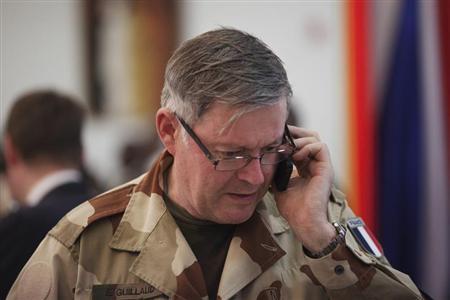 Guillaud’s remarks are the first indication from the French government that Abou Zeid died in fighting in the rugged north of Mali.

Asked on Europe 1 radio whether he had been killed, Guillaud said: “It is probable, but only probable. We don’t have any certainty for the moment, (but) it would be good news.”

Guillaud said that Abou Zeid’s death could not be confirmed because his body had not been recovered.

Chad’s army, which is fighting alongside French forces in northern Mali, said last week that it killed Abou Zeid and another al Qaeda commander in the area, Mokhtar Belmokhtar.

Guillaud said he was “extremely cautious” about reports of Belmokhtar’s death, noting that some militant websites had said the al Qaeda commander behind January’s mass hostage-taking in Algeria was still alive.

Abou Zeid is regarded as one of AQIM’s most ruthless operators, responsible for the kidnapping of more than 20 Western hostages since 2008. He is believed to have killed British hostage Edwin Dyer in 2009 and 78-year-old Frenchman Michel Germaneau in 2010.

While his killing would deal a serious blow to al Qaeda’s leadership in the region, it also raises questions about the fate of seven French hostages thought to be held in northern Mali.

After a seven-week-old campaign, French, Chadian and Malian troops have pushed Qaeda-linked fighters, who had threatened to take over Mali, back to their mountain and desert hideouts.

Guillaud said French forces had found some 50 supply caches and around 10 workshops for making bombs that could be used well outside of the immediate region.

“On the ground we are finding literally an industrialization of terrorism,” he said. 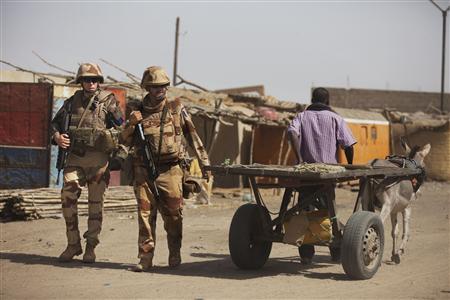 France said on Sunday a third French soldier had been killed in fierce fighting with Islamist rebels in northern Mali but could not confirm Chad’s report that its troops had killed the al Qaeda commander behind January’s mass hostage-taking in Algeria.

A whirlwind seven-week campaign has driven al Qaeda-linked fighters who took over northern Mali last April into mountain and desert redoubts, where they are being hunted by hundreds of French, Chadian and Malian troops.

France’s defense ministry said 26-year-old Corporal Cedric Charenton was shot dead on Saturday during an assault on an Islamist hideout in the desolate Adrar des Ifoghas mountains near Algeria, the third French soldier killed in the campaign.

French army spokesman Colonel Thierry Burkhard said some 15 Islamists were killed in some of the fiercest fighting during the campaign so far but that he could not confirm Chad’s claim that its troops had killed al Qaeda commander Mokhtar Belmokhtar at a nearby camp in the remote Ametetai valley.

“We are facing a very fanatical adversary,” Burkhard said, noting the Islamists were armed with rocket and grenade-launchers as well as machine guns, AK47 assault rifles and heavy weapons. “They are fighting without giving ground.”

The death of Belmokhtar, nicknamed ‘the uncatchable’, has been reported several times in the past and analysts share caution shown by Paris in confirming his demise.

The killing of Belmokhtar and Abou Zeid, if confirmed, would eliminate al Qaeda’s leadership in Mali and raise questions over the fate of seven French hostages thought to be held by the group in northern Mali, an area the size of Texas.

He said Belmokhtar had in the past carefully avoided operating in the same area as Abou Zeid and was known as an elusive operator who shifted through the desert in small, mobile groups of fighters.

“I don’t think they killed him at all,” Atallah said, adding Chad might be seeking to divert domestic attention from its 26 soldiers killed in the operation. “Deby is under a lot of pressure. Announcing these killings redeems his troops.”

An unidentified participant in militant website discussions said in a message posted on several jihadi forums that Belmoktar was “alive and well and leading the battles himself”, the U.S.-based SITE monitoring service reported on Sunday.

Belmokhtar would soon issue a statement himself, SITE reported the participant saying.

Al Qaeda in the Islamic Maghreb (AQIM) has pledged to avenge the French assault on its fighters in Mali, which Paris said it launched due to fears its former colony could become a launch pad for wider al Qaeda attacks.

Belmokhtar, whose smuggling activities the Sahara earned him the nickname “Mr Marlboro”, became one of the world’s most wanted jihadis after masterminding the raid on the In Amenas gas plant in Algeria in which more than 60 people were killed, including dozens of foreign hostages.

Abou Zeid is regarded as one of AQIM’s most ruthless operators, responsible for the kidnapping of more than 20 Western hostages since 2008. He is believed to have killed British hostage Edwin Dyer in 2009 and 78-year-old Frenchman Michel Germaneau in 2010.

France and Mali have said they could not confirm his death.

French radio RFI and Algerian daily El Khabar have reported that DNA tests were being conducted on members of Abou Zeid’s family to confirm whether a body recovered after fighting in Adrar des Ifoghas was indeed the Islamist leader.

“There was a big fight with lots of enemy killed,” said Lieutenant Colonel Nema Sagara, the Malian army’s deputy commander in Gao. “Our troops went out to battle and they met them. There are no dead on the Malian side.”