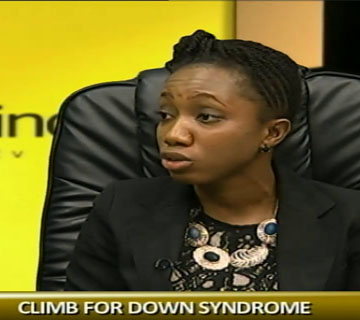 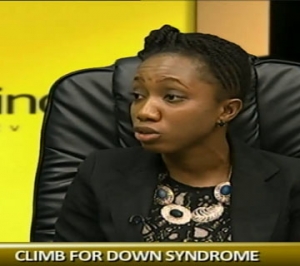 The call was made by the Foundation’s Programmes Director, Amaka Obidi, on Sunday, during Channels Television’s Rubbin Minds where she spoke about the condition and the several efforts of the foundation to support its victims.

The Foundation’s focus has been on providing medical, educational and social support for the children suffering from the condition and also parents who have to cater to their kids in the same condition.

Explaining the condition, Ms Obidi noted that anyone could be at risk of giving birth to children with the Down Syndrome, contrary to the belief that women who give birth at old age are the ones at risk. She added that there had been many cases of it involving young mothers.

On the back of this, she emphasized the need for their to be more awareness among Nigerians about the irreversible condition and how to manage it.

The ‘Save a Life Project’ is one of the initiatives of the foundation, in association with doctors in Nigeria and India. It focuses on helping children with Down Syndrome to get treatment on heart related challenges as they stand a high risk of heart failure.

A Strategy Consultant, Micheal Oloruniwo, who has been part of the foundation to help raise awareness, was also part of the conversation, and he provided more insight into the ways in which the lives of people with Down Syndrome can be improved.

He stated that those who have the condition can also live a wholesome normal life, as long as their friends and families can understand that all they need is special care and support.

According to Oloruniwo, the Mount Kilimanjaro in Tanzania would be playing host to several people from different parts of the world, who would be aiming to reach the summit of Africa’s highest mountain, starting on Monday, August 18.

Climb For Down Syndrome, as the exercise has been named, is a unique idea created to further raise awareness for the foundation’s target of raising 10million Naira to support its cause.

The group is not unaware of the issue of trust among Nigerians as regards raising funds and Mr Oloruniwo said that their way of ensuring that this is not an issue was to get credible persons and international organisations involved in their programmes.

Ms Obidi added that the need for transparency and accountability has been well thought of, and this informed their culture of using open approaches in their programmes.

The Climb For Down Syndrome, which is expected to take six days, according to Olorunibe, would not be too straineous.

On the issue of support from Government, Ms Obidi noted that while the Lagos State Government has been supportive of the Down Syndrome Foundation and children generally with its implementation of the Child Rights Act, the Federal Government was yet to show interest in helping the category of children.


She revealed that the foundation was in need of its permanent site to accommodate more children, scholarships to help develop the kids’ abilities, as well as policies that would provide an enabling environment for the Down Syndrome kids to live normal lives and be well integrated in the society.

The group is also urging more Nigerians to volunteer their support in the form of service and funding, as they need to increase capacity to accommodate more families who are seeking help for their wards.

Down syndrome (DS) or Down’s syndrome, also known as trisomy 21, is a genetic disorder caused by the presence of all or part of a third copy of chromosome 21. It is typically associated with physical growth delays, characteristic facial features, and mild to moderate intellectual disability. The average IQ of a young adult with Down syndrome is 50, equivalent to the mental age of an 8- or 9-year-old child, but this varies widely.