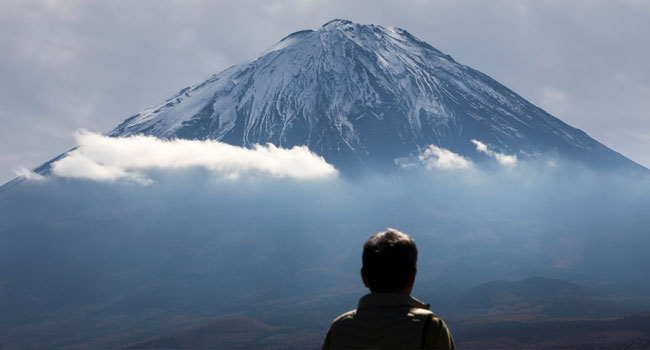 A Russian national climbing Mount Fuji was killed by a falling rock near the summit of Japan’s highest peak, police and news reports said Monday.

Police said a woman in her 20s was fatally injured in the morning while approaching the top of the 3,776-metre (12,388-foot) volcanic mountain.

“Rescuers and a doctor rushed to the site but she was later confirmed dead,” a local police official told AFP.

Public broadcaster NHK and other local media identified her as a 29-year-old Russian national living in Tokyo with a Japanese husband.

Immediate confirmation of the victim’s identification was not available.

One of the routes to the summit was temporarily closed following the accident.

Every year hundreds of thousands of people — including many foreigners — climb Mount Fuji, which is regarded as a holy mountain in Japan.

The official climbing season runs from the start of July to the end of August.

Snow-capped for most of the year, the mountain’s summit is regarded as dangerous during the off-season due to its steep slopes and constant gusts.

The conical-shaped mountain, some 100 kilometres (62 miles) west of Tokyo, was declared a UNESCO World Heritage site in 2013.