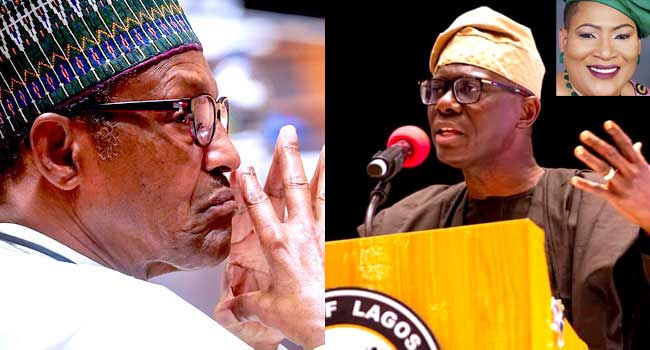 66-year-old Kemi, an ally of APC presidential candidate, Bola Tinubu, died on Sunday, according to officials of the Lagos State Government.

Buhari in a statement issued shortly after her death described the late APC chieftain as a “consistent and faithful party member who devoted so much to the evolution, development, sustenance and relevance of the party in Lagos and around the country.”

He commended her contributions while serving as a Commissioner for Women Affairs and Poverty Alleviation in Lagos State, the  State Women Leader, National Deputy Women Leader of APC, and  Executive Director of the Nigerian Social Insurance Trust Fund, remarking that she was such a grassroots mobiliser and an achiever who left her footprints wherever she served.

He prayed that almighty God will grant the husband, Adeyemi Nelson and the family, friends and associates of the deceased, the fortitude to bear the loss and repose her soul.

Similarly, Lagos State Governor, Babajide Sanwo-Olu, described Kemi’s death as a great loss to Lagos State, especially the ruling party, considering her unique position as one of the great mobilisers in the party.

“The death of Chief (Mrs) Kemi Nelson is a painful and big loss to me personally. It is also a great loss to the Governance Advisory Council (GAC), our party, APC, the deceased family and friends,” the governor was quoted as saying in a statement by his spokesman, Gboyega Akosile.

“I am saddened by the passage of this indefatigable, devoted, loyal, committed, progressive democrat and team player who played remarkable roles in the success of our party at the state, zonal and national levels during her lifetime.

“Chief Kemi Nelson as a consummate politician and committed leader of her people, especially women, contributed immensely to the growth and development of our great party as APC Women Leader in Lagos and South-West. She also did her best for our dear Lagos State during her tenure as Commissioner for Women Affairs and Poverty Alleviation.

“She will be missed dearly by her family, friends and the entire political class, particularly GAC, chieftains and members of the ruling party across Lagos State and Nigeria.

“I pray that God would grant the soul of our beloved GAC member, Chief Kemi Nelson, eternal rest and comfort to the immediate and political family she left behind.” 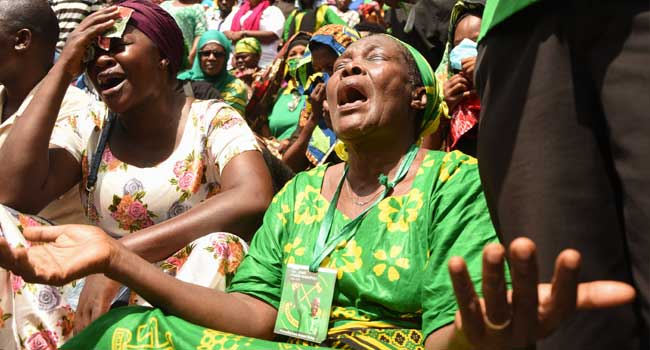 Tanzania’s President Samia Suluhu Hassan on Saturday led mourners in paying their last respects to her predecessor John Magufuli, who died suddenly this week after an illness shrouded in mystery.

Mourners lined the streets of Dar es Salaam to bid farewell to the late president, weeping and throwing flower petals as the casket was transferred by motorcade from a church to Uhuru Stadium where it lies in state.

Hassan, who was sworn in Friday to become the country’s first female president, led a government procession filing past the coffin, which was draped in the Tanzanian flag and offered her condolences to Magufuli’s wife.

Many wore black, or the green and yellow colours of the ruling party, but few inside the stadium or among the packed crowds outside wore face masks in the Covid-sceptic country.

“It is too soon for you to go, father. You touched our lives and we still needed you,” said one mourner, Beatrice Edward.

“We lost our defender,” said another, Suleiman Mbonde, a tradesman.

The government announced Wednesday that Magufuli, 61, had died from a heart condition at a hospital in Dar es Salaam after three weeks missing from public view.

His unexplained absence fuelled speculation that the famously Covid-sceptic leader was being treated for coronavirus abroad.

Magufuli had declared that prayer had rid the country of Covid-19, refused face masks or lockdown measures, stopped the publication of case statistics and championed alternative medicine, decrying vaccines as “dangerous”.

But by February, as cases soared, the president popularly known as the “Bulldozer” conceded the virus was still circulating.

While Hassan says she will take over where Magufuli left off, hopes are high she will usher in a change in leadership style from her predecessor and all eyes will be on her handling of the pandemic.

A softly spoken veteran politician, Hassan will convene a special meeting of the ruling Chama Cha Mapinduzi party Saturday, where the appointment of a new deputy is expected to be discussed.

Under the constitution, the 61-year-old will serve the remainder of Magufuli’s second five-year term, which does not expire until 2025.

She has announced a 21-day mourning period. The late president will lie in state in several locations across Tanzania before his burial next Friday in his home town of Chato. 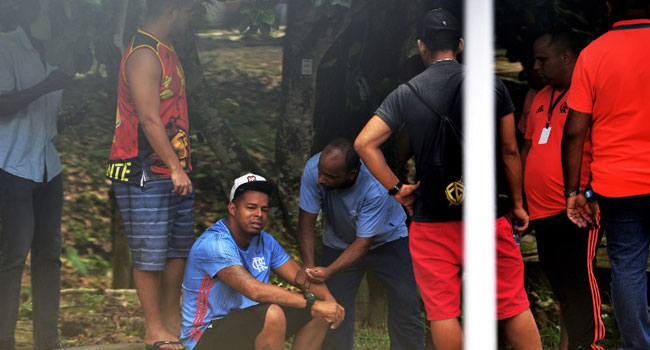 Brazilian football was in mourning on Friday after 10 people died when a fire ripped through a youth training facility at the country’s most popular club, Flamengo, authorities said.

In addition to the deaths, three people were injured in the fire.

The cause was not immediately known.

“Flamengo is in mourning,” the club wrote on its social media accounts.

Brazil’s President Jair Bolsonaro, who is in semi-intensive care in hospital following surgery on his abdomen, said he felt “the families’ pain.”

In a statement shared by the presidency, he added that he was dismayed by “this tragedy… which has taken the lives of young people who had started the journey towards realizing their professional dreams.”

Brazil’s biggest football star Neymar, who plays for Paris Saint-Germain in France, posted a picture on his Instagram account of the Flamengo club badge with the words: “My sympathies.”

Teenage Real Madrid star Vinicius Junior, who came up through the youth ranks at Flamengo before signing with the European Champions in 2017 for 45 million euros ($52 million), posted a message on Twitter asking people to pray for the victims.

“Just by thinking about the days and nights I spent in the training center gives me goosebumps,” said the 18-year-old.

“I still can’t believe it. Let’s pray for everyone.”

Globo TV broadcast aerial footage of the fire, which it said had been brought under control after it burned for two hours.

The blaze broke out at 5:00 am in the Vargem Grande district of Rio in a modern facility where the top-flight professional Flamengo squad also trains, the news website G1 said.

The dead were six players and four team staff, the channel SporTV said.

Derby match to be postponed

The main team had been due to practice at the same facility later in the morning, for their last training session ahead of Saturday’s derby against fierce local rivals Fluminense.

The Rio de Janeiro football federation said it had called a meeting between the two clubs’ management to discuss postponing the match.

Fluminense were one of a number of clubs to send messages of condolence on social media.

Flamengo is the most popular club in football-crazed Brazil.

Youth league teams also train at the facility, known as Ninho do Urubu.

Distraught relatives rushed to the facility seeking information about loved ones, TV footage showed. Most of the youth players at the club are not locals but come from all over the country.

“We must absolutely give all the support necessary to the victims’ loved ones because most of them aren’t from Rio,” Felipe Bornier, the Rio state sports secretary, told journalists.

The training camp is in an area of western Rio that was hit by a fierce storm on Wednesday night. Six people were killed.

Because of those heavy rains the football facility remained without electricity or water on Friday as the fire broke out, the G1 news portal reported.

It’s only two years since Brazilian football was in mourning over the airplane disaster that decimated the Chapecoense team.

The plane carrying the team crashed in Colombia killing 71 people, including 19 players, 14 members of staff and around 20 journalists.