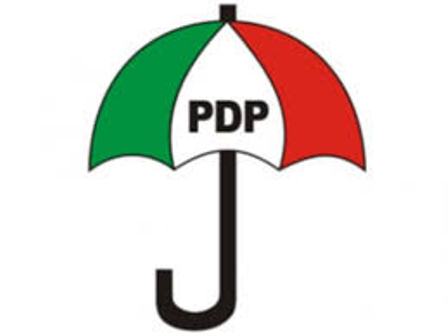 The numerical strength of the Kaduna State chapter of the Peoples Democratic Party (PDP) has received a major boost, as leaders of 23 political parties in the state led their members to join the ruling party in the state.


Political parties like NAC, PAC, NDP, HDP, PSP and 16 others were among those that were de-registered by the Independent National Electoral Commission (INEC) in 2013.

Receiving the new decampees at the party secretariat in Kaduna, the state PDP Chairman, Mr Abubakar Haruna, commended them for their decision to join PDP as the best platform of achieving their political dreams. He assured them that they would be given a level playing ground and equal opportunity.

He told the decampees that PDP still remains the only party with grassroot support base in Kaduna state and the entire country, and attributed the success to the transformation programmes of the present administration in the state.

Haruna also said that he believed the latest development would cause those that left the party for one reason or the other to come back.

Speaking to Channels Television, the former Chairman of the defunct National Solidarity Democratic Party in the state, Lucky Olaitan, said that their decision to join the PDP was informed by the leadership style of those elected under the party’s platform across the state.