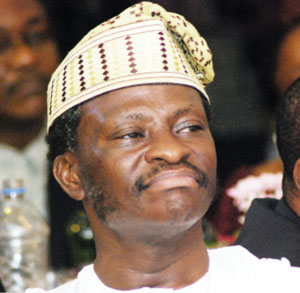 The curtain has finally fallen for the Director-General of the Nigerian Civil Aviation Authority (NCAA) Dr Harold Demuren, who on Monday was fired by President Goodluck Jonathan.

The President approved the removal of Dr Demuren with immediate effect from the 11th of March.

The dismissal of the aviation expert was announced in a three-paragraph statement from the office of the Secretary to the Federal Government, Mr Anyim Pius Anyim.

“Consequent to a careful consideration of Dr. Demuren’s unsatisfactory response to numerous concerns of stakeholders in the aviation sector, the federal government has decided to remove him” the statement read.

Presidency has been under immense pressure from the National Assembly to sack the NCAA boss over the handling of the Dana Air crash investigation.

The House of Representatives had in its recommendation following the Dana Air Crash approved that Dr Demuren, should be prosecuted for criminal negligence amidst other recommendations.

The former NCAA boss is an Aeronautical Engineer and was appointed the Director General of theNCAA in December 2005.