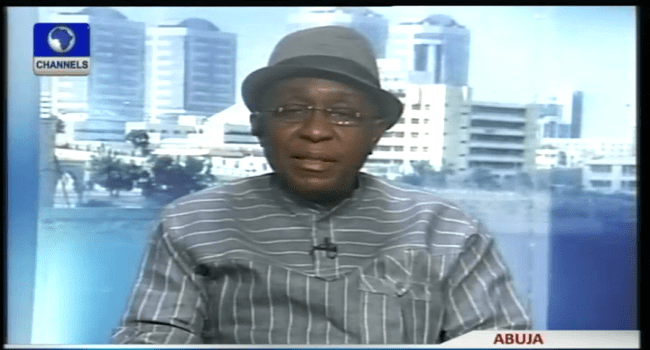 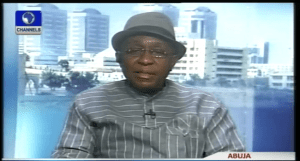 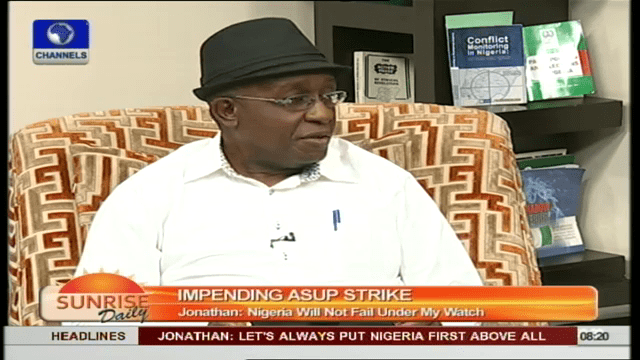 The President of the Academic Staff Union of Polytechnics (ASUP), Mr. Chibuzor Asomugha on Wednesday confirmed the union’s resolve to embark on a strike two months after suspending one.

The decision to embark on the strike by Friday 4th October, according to Asomugha, was reached at the 75th National Executive Council (NEC) meeting of the union.

He threatened that the union will go on strike due to the fact that “government has not done anything to address the issues” two months after suspending the strike.

He said the union gave the federal government a two-month grace to enable them negotiate and settle the issues at hand but noted that “none of these issues have been wholesomely addressed”.

Speaking on Channels Television’s breakfast flagship programme, Sunrise Daily, Asomugha further said that “nothing has been done” to address the issues at hand.

He noted that the federal government hasn’t fulfilled its bargain in the 2009 FG/ASUP agreement, that was supposed tobe re-negotiated in 2012 adding that the review of the Federal Polytechnic Act, which was last done in 2004, should have been carried out to ensure efficient running of polytechnics in Nigeria.

Asomugha also faulted the federal government’s decision not to constitute governing councils for 6 federal polytechnics adding that the release of the white paper on the visitation to the polytechnics also forms part of their grievances.

The union had earlier released a statement notifying the federal government of its decision to close down institutions by the end of the week if government does not honour the agreements reached.

The statement added that union will not renege on the planned strike except these issues are addressed by the government and called on the National Assembly to expedite action on the review of the Polytechnic Act.

It also noted the anti-labour stance of the National Assembly as exemplified by the recently proposed removal of minimum wage from the exclusive legislative list of the constitution to the concurrent list; as well as the proposed legislation against declaration of Industrial Strike by unions in the tertiary sector.

The union also noted that “the CONTISS 15 Migration for Lower cadres, Needs Assessment of Polytechnics, release of whitepaper of visitation to Federal polytechnics, discrimination between polytechnics and university graduates in job placement and career progression and the constitution of Governing Councils to Federal polytechnics earlier omitted, were among the issues it brought before the Federal Government in their last negotiation, but added that government has failed to address any of them since it suspended its strike in July”