Civil servants in Anambra State converged on Jerome Udoji Secretariat, Awka, the state capital, to mark the 2015 African Public Service Day and got the government’s assurance of a better welfare.

Addressing the workers on Wednesday, Governor Willie Obiano, commended them for their immeasurable contributions to the success of his administration.

The Governor described them as the ‘engine of his government’ who have helped to achieve the current status of the state’s Internally Generated Revenue as well as facilitated government policies and programmes that brought fame and honour to the state.

Governor Obiano assured the civil servants of continued prompt and regular payment of salaries while expecting their dedication to duty and support to the government.

In the spirit of the occasion, the Head of Service, Mr Chidi Ezeoke, speaking in the Igbo dialect, admonished workers on attitude to work, as they were very indispensable to the state and to the nation.

Mr Ezeoke commended the Governor who had been assisting workers in the area of prompt payment of salaries and their general welfare.

The function featured presentation of merit certificates and awards to deserving public servants.

Governor Obiano made promises of additional transport buses to the fleet already in operation to ease the transport challenges of workers.

He, however, assured the workers of continued security of lives and property in the state.

The Anambra State governor, Willie Obiano, has met with the state’s public servants at the Jerome Udoji Secretariat, Awka, the Anambra State capital, promising to address issues of their welfare.

The civil servants trooped out in their hundreds to welcome the governor as well as pledge their loyalty to him.

Governor Obiano on his part gave the assurance that their welfare is guaranteed once they support his administration.

The governor also announced an increment in their salaries as well as plans to double their transport allowance.

The Head of Service, Mr. Chidi Ezeoke, commended the governor for his passion to raise the living standard of the state workers who he said had resolved to support the government of Governor Obiano .

More encomiums came from the chairman of the Nigeria Union of Local Government Employees, Mr Jerry Nnubia, who said that the civil servants in the state have reasons to support Governor Obiano as he has distinguished himself as it concerns workers’ welfare. 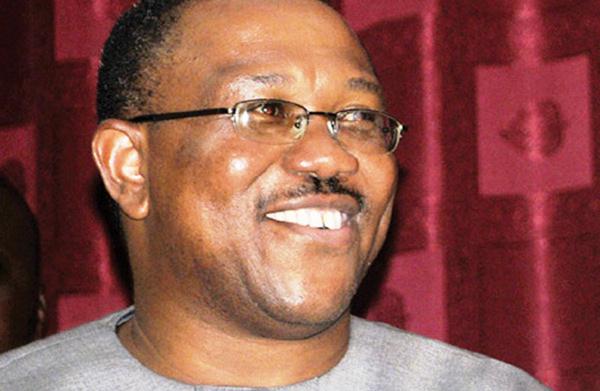 This is a joint project of the Federal, State and Local Government under the direct supervision of the Niger-Delta Power Holding Company Limited.

While commissioning the project which is expected to ensure steady supply to Awka and environs, Governor Obi emphasized that the project will help the entrepreneurial spirit of the Anambra people to be motivated, and consequently help industrial activities to thrive in the state.

He also expressed gratitude to President Goodluck Jonathan for his commitment to bringing about transformation in the power sector.

Also briefing the audience at the event, the Managing Director and Chief Executive Officer of the company, Mr. James Olowu not only assured of the usage of the best equipment in the project, he also commended the Anambra State Government for having invested a lot in the project.

The Managing Director then took the Governor round the facility, through the control room that has 33KVA Panels which is the power house of the substation.

In a similar development, Governor Peter Obi has also handed over to 58 directors in the Anambra State Civil Service, cars for their daily operation and running of their different departments.

The directors described the gesture as unprecedented and that it has rekindled in them the hope that they are part and parcel of the present administration.

The keys to the vehicles were handed over to the Anambra State Head of Civil Service, Mr. Chidi Ezeoke.