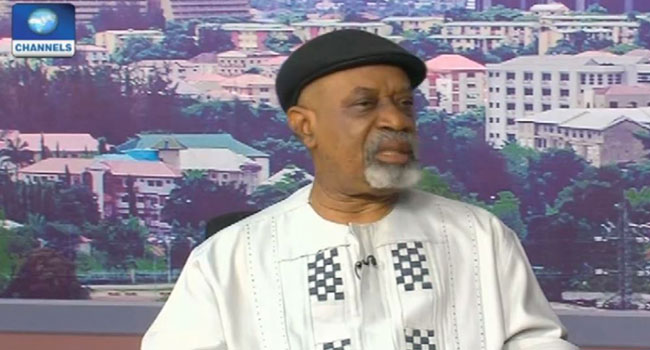 The Minister of Labour and Employment, Mr Chris Ngige says government programmes have so far created about eight million jobs through agriculture and vocational skills training.

He said that rice production has created new groups of millionaires in Nigeria.

The Minister, a guest on Channels TV Sunrise Daily on Wednesday, decried the responses given to blue collar jobs by youths in the country.

“Government programmes have yielded a lot of fruits if you go to the Agric belts of Nigeria; Kano, Jigawa, Katsina, Anambra, Enugu, Ogun, Kebbi states. Rice production created a new group of millionaires, the farmers.

And there is the backward integration of the rice mills, jute bag manufacturers and the rest of them all, a lot of jobs have been created numbering about 8 million now,” he added.

READ ALSO: Doctors Are Free To Leave Nigeria Because We Have Surplus, I’m Not Worried – Ngige

He said that the government had embarked on advocacy, promoting blue collar jobs.

“We did advocacy and told people not to look at white collar jobs, there are blue collar jobs, skills. You have to train your hands, you have to do plumbing, carpentry, tailoring.

“We have a mini in collaboration with the state government, we send people to the skills centre to train them and people come in there as an apprentice and after we finish with them, we empower them. But the problem is that how many people are ready to come here and train?

“The responses to the programmes are low, they regard those jobs as unbefitting to people’s status, but it is not true.”