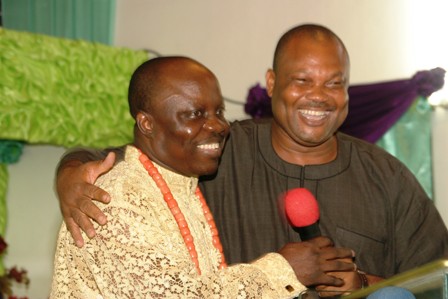 The Supreme Court has dismissed the appeal filed by the candidate of the Democratic Peoples Party (DPP) during Delta state governorship election in April 2011, Mr Great Ogboru, challenging the election of Dr Emmanuel Uduaghan as Governor of the state.

Delivering judgment on the suit, Justice Suleman Galadima who led a panel of four justices said the application by Mr Ogboru amounts to a gross abuse of court processes which is capable of setting a dangerous precedence for the legal profession.

The court therefore awarded a cost of N150,000 against Ogboru.

The DPP’s candidate had approached the court seeking for an order to set aside the March 21, 2012 judgment, which affirmed Emmanuel Uduaghan of the Peoples Democratic Party (PDP) as the winner of the election.

The Supreme Court has set the 21st of June, 2013 to decide if a fresh application filed by Mr. Great Ogboru challenging the election of Governor Emmanuel Uduaghan as governor of Delta State is an abuse of court process.

Mr. Ogboru had through his counsel, Dickson Osuala, filed a fresh application to revive a suit withdrawn by his former counsel, Mr. Sebastian Hun, against Governor Udughan in October 2012.

According to Mr. Osuala, Mr. Hun, who was the counsel at the time, did not obtain the authority of Mr. Ogboru before withdrawing the case.

He further told the court that he had petitioned the Chief Justice of Nigeria on the conduct of Mister Hun, whom he accused of compromising his professional calling.

However, Governor Udughan, through his counsel Wole Olanipekun (SAN)  objected to the revival of the suit by Mr. Osuala.

Mr. Olanikpekun argued that if the suit was to be revived, Mr. Ogboru’s counsel ought to have applied for the dismissal of the earlier submission by the court.

He further argued that the concession by the previous counsel and the subsequent orders by the court were still binding, as such the action of Mister Ogboru was an abuse of the court process which should not be allowed by the court.

His position was supported by both counsel to the Peoples Democratic Party (PDP) and the Independent National Electoral Commission (INEC).