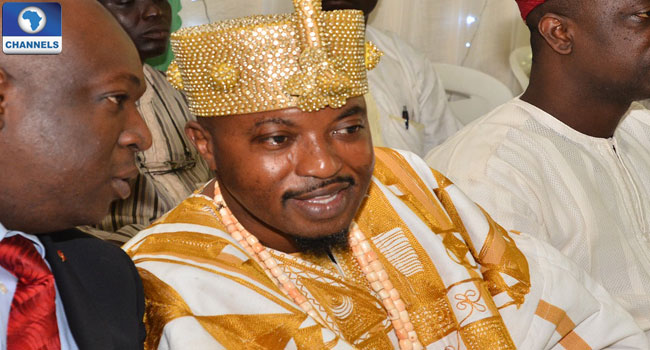 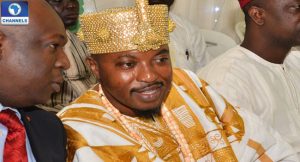 The traditional Monarch of Iwo land, the Oluwo of Iwo, Oba Abdulrasheed Akanbi, has urged media organisations in Nigeria to be more patriotic in their reportage.

He advised them to latch on issues that would better the lives of the masses.

Oba Akanbi gave the advice at the lecture organised by the Osun State Correspondents’ Chapel of the Nigerian Union of Journalists (NUJ) to mark the 25th Anniversary of the state. The ceremony was held in Osogbo the capital of the state.

The monarch in his message to the journalists said culture and tradition should not be substituted for religion, pointing out that religion only formed the belief of mankind and had nothing to do with their way of living.

He said: “Substituting our culture and tradition with religion would continue to compound the problems the Nation is presently experiencing.

“Be concerned more about issues that would make the lives of Nigerians better.

“Important issues of masses interest are often swept to a column on the newspaper page.

“This is not good enough and we should not, because we are not paid, decide to dishonour essential issues”.

He also harped on the benefits embedded in tourist sites within the shores of Nigeria, pointing out that the nation would not need foreign visitors if a chunk of its population patronised the nature settlements.

He, however, said it was regrettable that government at all levels was not helping the situation, as the responsibility of overseeing the sites was majorly left in the hands of the traditionalist. This development, he pointed out, had made it convenient for other religious devotees to shy away.

‎The guest speaker at the gathering, the Speaker of the Kwara State House of Assembly, Honourable Dr. Ali Ahmad, also advocated a strong relationship between the legislature and the media in order to enjoy good governance.

Dr. Ahmed spoke on the  lecture entitled “the role of the legislature and media in democratic governance”.

He stressed that if the media played its investigative role and provided the public with information about the actions and opinions of the legislators, tyranny and excesses of arbitrary rule would be prevented.

He, however, pointed out that while the media are playing their most important role – helping the public to enjoy its ‘right to know’ – they should work with a responsibility of the legislature to contribute to political emancipation and transformation in ways consistent with economic principles, pursuing fact-based, fully substantiated reporting.

The Speaker, who was represented by the Leader of the  Kwara State House of Assembly, Mr Hassan Oyeleke, said the media through its investigative role had the power to oust Presidents and Prime Ministers, as it is in so many cases across the globe.

“The fall of Fernando Collect de Mello of Brazil in 1992, Albert Fijimor in 2000, Atdala Bucarain of Ecuador in 1997 and others were caused by investigative reporting on their complicity in corrupt deals”.

He further stressed that “journalists in the past have succeeded in exposing abuse of power, corruption, human rights violations, and assorted malfeasance while policies had been changed and reforms initiated.

All it requires is for journalists and the legislators to come together to perform their respective duties towards strengthening our democracy and good governance”.

On his part, the former Commissioner of Information in Osun State, Honourable Sunday Akere, urged members of the NUJ in the state to put their house in order and resolve the internal wrangling crippling the activities of the union presently.

The Chairman of the Correspondents’ Chapel, Hameed Oyegbade, while speaking on the decision to be part of ‘Osun @25 Celebration’ said, the correspondents in the state could not distance themselves from the successes recorded in state since its creation on August 27, 1991.