A financial and operations report just released by the Nigerian National Petroleum Corporation (NNPC) shows that Nigeria’s three refineries witnessed a dramatic increase in refining capacity utilization in March 2016 for the first time in eight months.

The NNPC attributes the improvement to success achieved in the repairs of vandalized crude pipelines feeding the refineries.

Capacity utilisation of the refineries is expected to rise further in the coming months following the re-commissioning of the Escravos-Warri-Kaduna pipeline.

The Minister of State for Petroleum, Mr Ibe Kachikwu, on Tuesday again apologized to Nigerians for the prevailing long queues for petrol saying all is being done to bring the situation to normalcy.

Mr Kachikwu alongside five other ministers rendered account of what has been done in terms of government policies since the inauguration of President Muhammadu Buhari’s administration during the second federal government town hall meeting in Kaduna State. 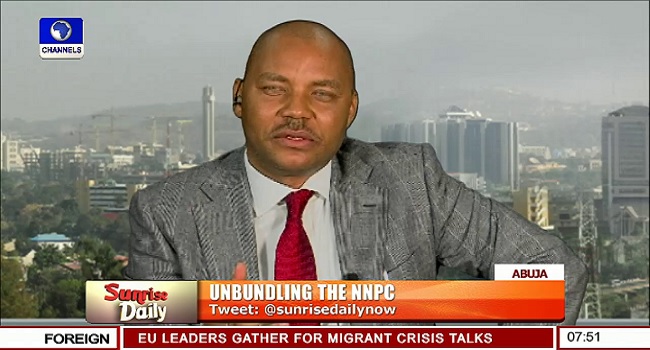 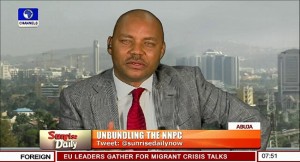 An energy economist, Mr Onuoha Nnachi, has hailed the decision of the Minister of State for Petroleum, Mr Ibe Kachikwu, to unbundle the Nigeria National Petroleum Corporation (NNPC).

After the unbundling, Mr Nnachi said “we are going to have four or five areas and within those areas, you will have subsidiaries,” adding that “it is not the number of the subsidiaries you have, but the functionality of hose subsidiaries,” he said.

Mr Nnachi said many policies were talked about during the Society of Petroleum Engineering Conference.

He further noted that bringing professionals and experts would bring about “a better understanding from what we are expecting to come out of it”.

Speaking on the Petroleum Industry Bill (PIB), Mr Nnachi said that Mr Kachikwu was only implementing one aspect of the bill.

“Any law that is made in any country has its legal and administrative part. The legal part is still intact but Kachikwu is going ahead to implement the administrative part, which does not in any way contravene the law at any point.

“I believe that the PIB we have is too cumbersome to deal with”, maintaining that “each of these sectors – upstream, midstream and downstream – should be treated independently not holistically,” he said.

He insisted that it would take a long time before the PIB would be passed because it would take seven Senate Committees to sit and deliberate before a conclusion on the Bill is reached.

The conference focused on global oil price and the use of technological advancements in hydrocarbon exploration and exploitation.

Dr Kachikwu told the petroleum industry experts that an overhaul of the foremost government oil firm, NNPC, was imminent to ensure the return of profitability and stability in the sector.

In what the Minister said would be a major overhaul of the system, the positions of Group Executive and Managing Directors, as existed in the NNPC, would be replaced by Chief Executive Officers who would head each of the companies.

He said that the move, which would be concluded within the next seven days, would reposition the corporation to bring in huge profits which had been impossible to achieve in the past 15 years.

However, other experts at the lecture noted that for Nigeria to be able to get over its financially challenging times occasioned by the instability in the oil market, advanced technology in the sector was a must to reduce costs and maximise profit.

The experts said that several sub-sector practices must be ratified and enhanced, including joint venture structures, gas exploration, oil production and refining chain among others.