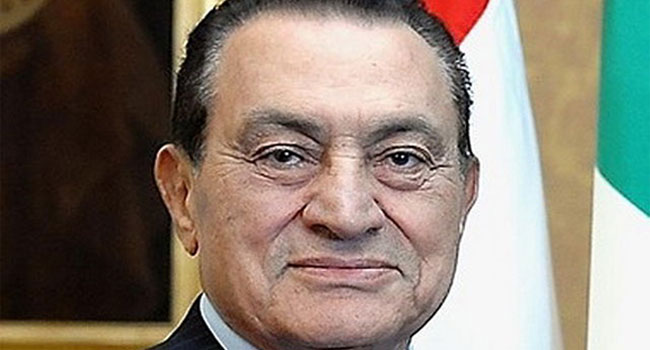 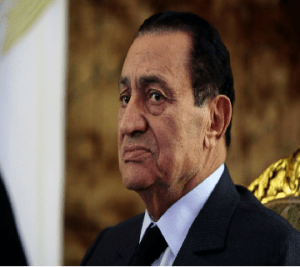 There seems to be no end in sight to the problems confronting former Egyptian President Hosni Mubarak.

An appeals court in the country has ordered that the former president should stand trial again over the killing of protesters in 2011.

The judge at the Court of Cassation says Mubarak will be retried on November 5.

It will be the third time the case would be heard.

Mr. Mubarak was cleared in a retrial in November 2014 after being jailed for life over the death of 800 people during the revolution.

He was separately convicted of corruption and sentenced to three years in jail earlier this year.

The 87-year-old is currently in the Maadi military hospital in Cairo. 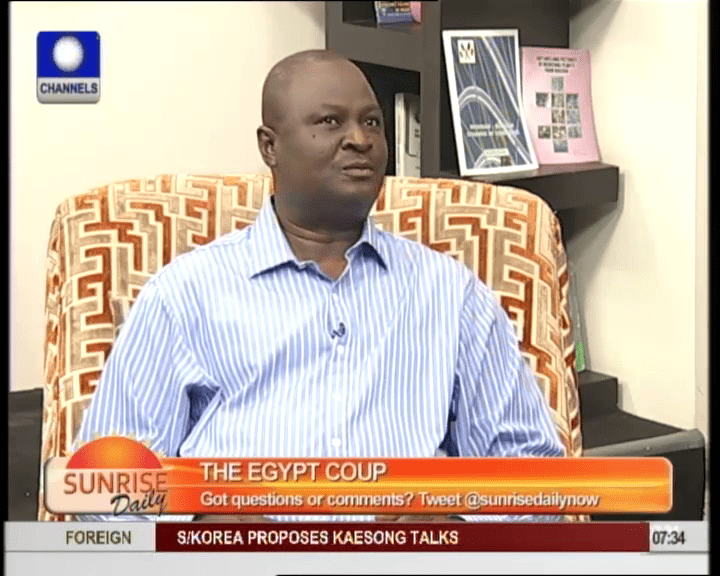 An International Relations Analyst, Dapo Thomas, has described the military intervention in Egypt’s democractic government as ‘a disciplined and organised’ step.

He added that the Egyptian government failed to keep to their promise and encroached on the people’s rights.

Speaking on Channels Television breakfast show Sunrise Daily, Mr. Thomas said the Egyptians protest was due to the dissatisfaction of the people and the inablity of the government to meet the needs of the people.

He explained that the Egyptians have not benfitted anything from the Mursi led adminsitration.

Speaking about the international community’s condemnation of the army’s intervention, he said there would certainly be diverse positions on the matter.

He mentioned that the country will not be in isolation despite different oppositions. 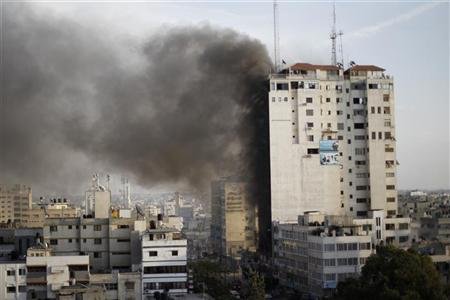 Hopes of a positive truce have been raised as diplomatic interventions intensify to stem the tide of violence in Gaza between Hamas and Israel as the conflict enters its seventh day.

Israeli leaders met late into the night to discuss Egyptian proposals to end the violence.
Further talks are expected to take place in Cairo on today.

More than 100 people have died in the Gaza strip since the Israel bombardment began and at least three Israelis have been killed by rockets fired by Palestinian militants.

However, Israeli officials are quoted as saying that any possible ground invasion of Gaza has been put on hold while the ceasefire talks continue.

Israeli Prime Minister Benjamin Netanyahu and his top ministers debated their next moves in a meeting that lasted into the early hours of Tuesday.
“Before deciding on a ground invasion, the prime minister intends to exhaust the diplomatic move in order to see if a long-term ceasefire can be achieved,” a senior Israeli official, speaking on condition of anonymity, said after the meeting.

Any diplomatic solution may pass through Egypt, Gaza’s other neighbor and the biggest Arab nation, where the ousting of U.S. Ally Hosni Mubarak and election of President Mohamed Mursi is part of a dramatic reshaping of the Middle East, wrought by the Arab Spring and now affecting the Israeli-Palestinian conflict.

Mursi, whose Muslim Brotherhood was mentor to the founders of Hamas, took a call from Obama on Monday telling him the group must stop rocket fire into Israel – effectively endorsing Israel’s stated aim in launching the offensive last week. Obama, as quoted by the White House, also said he regretted civilian deaths – which have been predominantly among the Palestinians.

“The two leaders discussed ways to de-escalate the situation in Gaza, and President Obama underscored the necessity of Hamas ending rocket fire into Israel,” the White House said.

“President Obama then called Prime Minister Netanyahu of Israel and received an update on the situation in Gaza and Israel. In both calls, President Obama expressed regret for the loss of Israeli and Palestinian civilian lives.”

Three Israeli civilians and 108 Palestinians have been killed. Gaza officials say more than half of those killed in the enclave were civilians, 27 of them children.

The trial of former Egyptian President Hosni Mubarak will be continuing today as the civil rights lawyers will be heard in a case which its last three days were conducted without media presence where the prosecutor begged the court to give the former president death penalty.

Based on his power of authority in the country,the prosecutor argued that though he didnt order the killings but he was supposed to use his authority to stop the killings.

The incidents of the uprising ruined the achievements of Mubarak including his vital role in the 1973 war victory over Israel.

It was learnt that Mubarak didn’t want to go to court after the prosecution’s introduction and that he had a small fight with his wife blaming her for ruining his reputation by insisting on getting his son, Gamal, to power.

It was shown in the court as evidence video footage of soldiers shooting at protesters from the rooftops for no reason.

Also soldiers hitting people who were not even participants in the protest.
On Monday the court will start hearing the civil rights lawyers who will produce new evidence that should convict Mubarak, his former interior minister and six other high ranking officer of killing unarmed protesters. The court is expected to pass its verdict 15 days at most after the trial.

The trial of Egyptian President Hosni Mubarak resumed for the second time after a 2-month delay.

On trial with him are his two sons;Alaa and Gamal,his former interior minister, Habib al-Adli and senior police officers face charges ranging from corruption to involvement in the deaths of hundreds of protesters in the uprising that unseated him.

Egyptian President Hosni Mubarak, who was flown by helicopter and driven by ambulance to a Cairo courthouse.

Plaintiff Lawyer Othman El-Hegawy, said the defence had asked for police reports concerning violent clashes that have occurred in Egypt’s streets over the past few months.

The defence hopes to use these events, that have killed and injured many, to their advantage.

In last Wednesday’s session, the defence asked for a copy of police reports on the incidents of Maspeero, Mohamed Mahmoud, and the events of the Ministers Cabinet, to help them in defending Mubarak, arguing that peaceful protesters are nothing more than troublemakers, they’re the ones who kill themselves, and there is nothing that can control these protesters,” El-Hegawy explained.

Demonstrator Heba Hanafy al-Sayed demanded Mubarak receive the same treatment that was meted out to Egyptians in the uprising that toppled him last February.

“It’s been a year, and not one ruling has been ordered for an officer, for Mubarak or any of his aides.

This is unacceptable; we want to exchange blood for more blood, his sentence should be, just like we were killed, Gamal, Alaa and Mubarak also should be killed,” she said.

Around 850 people were killed in the 18-day uprising that overthrew him, with the police accused of shooting live rounds at unarmed demonstrators. Much of the trial centres on who gave the order to fire