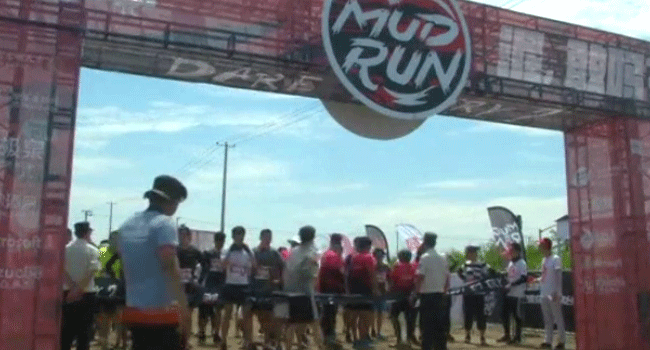 Shanghai’s most adventurous gathered for a dirty work out on Saturday at the city’s annual “mud run”.

More than 4,000 people participated in the race which involved navigating 26 obstacles, including inflatables and ropes.

The men’s group winner was You Peiquan who completed the race in 39 minutes 28 seconds while Zhang Xueqing won the women’s group at 53 minutes 48 seconds.

Shanghai is the third race of the mud run tournament in China and the next race will be held in Shenzhen in August.