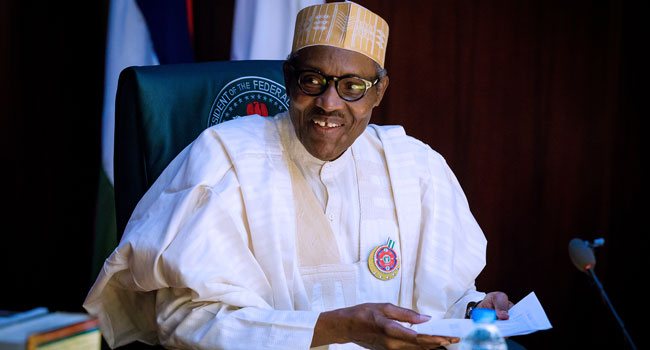 The Bauchi State government has declared Thursday, April 26, as a public holiday to welcome President Muhammed Buhari to the state.

The state governor, Mr Muhammed Abubakar, announced this on Wednesday while addressing a press conference at the Government House in Bauchi.

He noted that the President appreciated the overwhelming support he received from the people of the state who voted for him in 2015.

According to Governor Abubakar, “The visit of Mr President will again afford us the opportunity to demonstrate our love and support for him.”

“Similarly, Mr President always regards Bauchi as a second home. I, therefore, want to use this opportunity to appeal to all and sundry to come out en masse to welcome the President,” he added.

The governor urged the residents to remain law-abiding, as the people of Bauchi are known for their peaceful disposition and respect for constituted authority.

During the visit, he would inaugurate the Air Force Referral Hospital in Bauchi, and flag-off the distribution of farming implements to farmers in the state.

The President is also expected to inaugurate some road projects embarked upon by the Governor Abubakar’s administration. 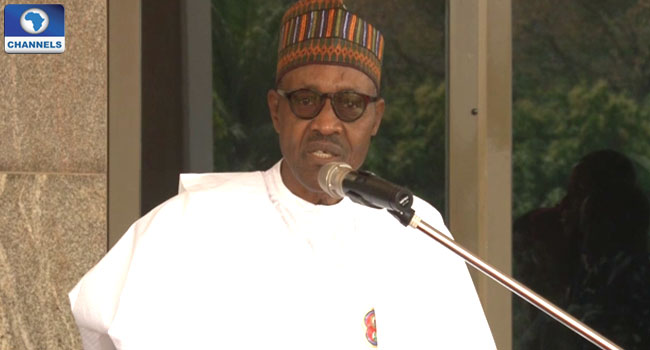 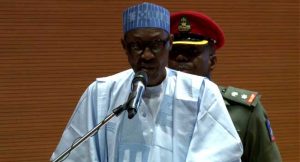 The President of Nigeria, Muhammadu Buhari has promised that the Federal Government will ensure full rehabilitation of the Internally Displaced Persons (IDPs) and find lasting solutions to combat threats of terrorism in the nation’s northeast.

Speaking at the opening of the sixth Tokyo International Conference on African Development (TICAD) holding in Nairobi, Kenya, President Buhari stated that since life had started returning to normal where the IDPs were displaced, it was important for his administration to re-unite them with their families.

He acknowledged Japan’s assistance through the United Nations Children’s Emergency Fund (UNICEF), and other development partners for their support towards the rehabilitation of the victims of Boko Haram and improving the lives of IDPs.

The two-day summit with the theme “Advancing Africa’s sustainable Development Agenda-TICAD Partnership for Prosperity”, is being held outside of Japan for the first time since inception in 1993.

President Buhari is expected to hold a bilateral meeting with the Japanese Prime Minister, Shinzo Abe in the course of the summit.

No fewer than 35 African leaders are are attending the high level summit also attended by leading private sector companies from Japan.

This will be the first time TICAD is being held in Africa since its inception in 1993.

President Goodluck Jonathan and the National leader of the Congress of Progressive Change (CPC), Muhammadu Buhari have continued to trade blames on who is responsible for the increasing violence in Nigeria, particularly in the Northern part of the country.

Mr Jonathan through his Special Adviser on Media and Publicity, Reuben Abati described the accusations by Buhari that the Federal Government is the ‘Biggest Boko Haram’ as ‘very sad’.

“The Federal Government led by President Jonathan is not Boko Haram. Boko Haram means Western Education is sin. That being the case, one wonders how a government that devoted the largest sectoral allocation in the 2012 budget to education could be said to be Boko Haram,” the statement signed by Mr Abati reads.

The statement further challenged the former head of state “to tell Nigerians what he has done, whether in his capacity as the head of a military junta or in his private capacity, to bring education to vulnerable children.”

Responding to Buhari’s prediction that what happened in 2011 will happen again in 2015 and that Mr Jonathan does not listen to advice from people, Mr Abati said “if what happens in 2011 should again happen in 2015, by the grace of God, ‘the dog and the baboon would all be soaked in blood”, we hereby state that it is Buhari himself who does not listen. He has obviously refused to listen to the Nigerian People, the European Union, the Commonwealth Monitoring Group, the African Union and a multitude of independent electoral monitors who testified that the 2011 elections were free and fair and “the best elections since Nigeria returned to civil rule.”

Buhari was on Monday quoted to have said “since the leaders now don’t listen to anybody but do whatever they wish, there is nothing the North can do”

Still on the issue of Boko Haram, the statement from the Mr Jonathan spokesman said the presidency “wonders what locus a man whose party’s Secretary General, Buba Galadima, told the British Broadcasting Corporation (BBC) in December, 2010, that the Federal Government is underestimating the support base of Boko Haram, has to accuse a government that has been threatened on camera by the leaders of Boko Haram of itself being Boko Haram?”

The Complete statement from the Presidency.


Buhari in a prompt response issued a statement through the National Publicity Secretary, of the CPC, Rotimi Fashakin accussing Mr Jonathan of ethnicity in the appointment of the Minister of petroleum resources and reminds Nigerians of the contradictory comments made by the presidency after the independence anniversary bombing in Abuja.

The CPC accuses the presidency of not waiting for any preliminary report from the security agencies, before stating that the attack was carried out by the Movement for the Emancipation of the Niger Delta (MEND), a Niger Delta militant group which the CPC comprises of Ijaws, Mr Jonathan’s ethnic group.

Part of the CPC’s statement reads, “So far as president of Nigeria, Dr GoodLuck Jonathan has shown very generous affinity for Nigerians of Ijaw stock in terms of appointments and promotions in the federal public sector” end of quote.

The CPC goes on to add that the presidency has attempted all manner of subterfuge to give executive cover for the indicted people in the N2.67trillion fuel subsidy saying that the Mr Jonathan will not prosecute those indicted by the fuel subsidy probe report since corrupt oil marketers used the money siphoned from the schem to fund Mr Jonathan’s electoral campaign.

“On Corruption and sleazy tendency, the Jonathan administration transcends all others before it! Nigerians are still befuddled by the impeachable show of arbitrariness by the regime in expending N2.67Trillion on fuel subsidy instead of the appropriated N240Billion in the 2011 appropriation act. As expected, the regime has attempted all manner of subterfuge to give Executive cover for the indicted people in the scam, who were the bank-rollers of the President’s electioneering campaign. Could it be that the missing money was funneled deliberately to the Jonathan Presidential Campaigns, with the acquiescence of the President,” the statement reads.

The CPC reiterates the earlier statement made by  Buhari that the militant group, boko haram has three variants, with varying degrees of severity and murderous content: the original boko-haram that seeks to avenge the extra-judicial killing of its leader, Mohammed Yusuf by the Nigeria police; the Boko Haram that pursues criminality for monetary gains and the political boko-haram that is bent on setting the stage for ethno-religious pogrom in the Nigerian nation.

The complete statement from the CPC.