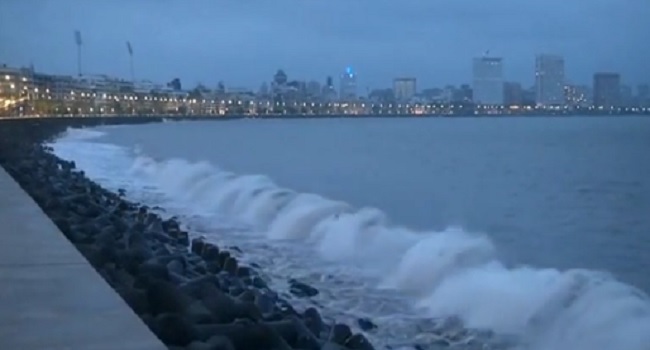 Mumbai slowly returned to normal on Wednesday (August 30) with train services gradually resuming as heavy monsoon rains, which had brought life in India’s financial capital to a halt, stopped.

Two toddlers were among at least six people who died in the flash floods triggered by the torrential rains. The rains destroyed homes and disrupted traffic in Mumbai on Tuesday (August 29).

Suburban trains slowly started getting back on track and dozens of commuters began walking to work in Mumbai, a city of 20 million people that is home to India’s two biggest stock exchanges and the headquarters of several major companies.

Some low-lying areas remained under water, causing vehicle pile-ups, after the city received nearly a month’s equivalent of rainfall in a single day. Authorities ordered schools and colleges to shut following forecasts of more rain.

A resident of Dharavi, one of Asia’s largest slums said things were going well with little rain water left behind and power supply restored. However, she feared another downpour.

Weather officials predict heavy seasonal monsoon rains in the city and its surroundings over the next 24 hours, following more than 200 mm (7 inches) of rain in Mumbai, and urged people to stay indoors. 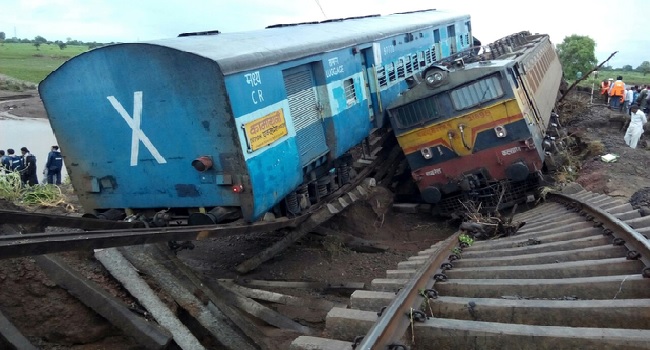 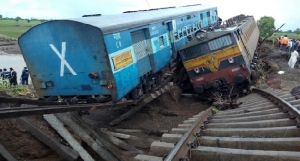 Two passenger trains in the Indian state of Madhya Pradesh have derailed minutes apart on a partially flooded bridge, killing at least 24 people.

According to the officials, some coaches fell into a river just as the trains were passing each other near the town of Harda.

About 25 people were said to have been injured while 300 were rescued. They also said the death toll could rise.

It was gathered that emergency personnel worked through the night, to free those trapped, while all the coaches had been cleared and bodies of the victims recovered by morning.

A spokesperson for Indian Railways, Anil Saxena, said the bridge was partially submerged as the water level of the river was high due to heavy monsoon rain over the past two weeks.

Teams of rescuers had trouble reaching the area overnight, due to the weather and the remote location of the accident.

A train carrying around 100 doctors and rescuers was dispatched to the location as other medics were sent by road. 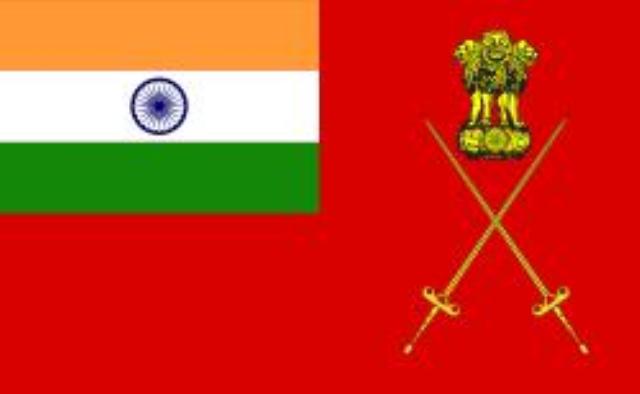 An Indian soldier has shot dead five of his colleagues before killing himself in Indian-administered Kashmir.

The incident took place on Wednesday night at a military camp about 20km north of the city of Srinagar.

Reports say soldiers stationed in the region often complain of long working hours, in poor conditions and with inadequate leave.

Authorities say since 2009 more soldiers and paramilitary troops have died in fratricidal killings and suicides than while fighting militants and rebels.

India’s armed forces, the world’s third largest, struggle to fill thousands of vacancies mainly due to difficult conditions and the high risks involved, according to the Defense Ministry.

“One of the Army men ran amok and fired indiscriminately at his colleagues inside an army camp at Safa Pora,” Army Spokesman, Lieutenant-Colonel N N Joshi said of the incident in the early hours in the border state of Jammu and Kashmir.

“Five Army men died on the spot and one was injured. The Army man later shot himself dead using his service rifle,” Joshi said, adding that the Army has ordered an inquiry.

The shooting comes a day after India’s Navy Chief quit after taking responsibility for a string of operational incidents, the latest of which saw smoke sweep a submarine with two officers still missing. A dockside blast in Mumbai killed all 18 aboard another submarine in August.

There were 635 cases of suicide or attempted suicide in the armed forced from 2003 to 2007, all “attributable to increased stress environment leading to psychological imbalance in the soldiers”, a parliamentary committee said in a 2010 report. 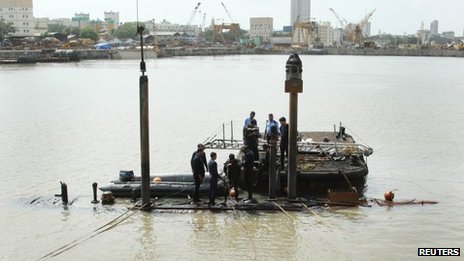 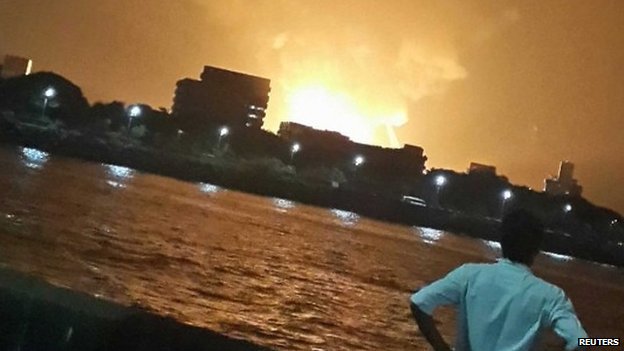 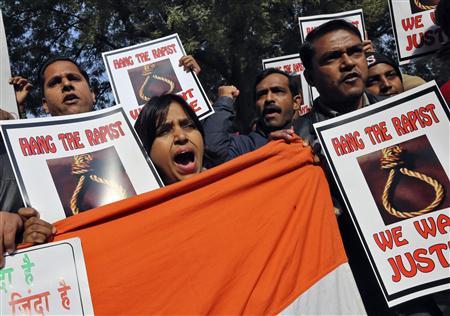 An Indian woman who was a victim of assault by a gang in New Delhi died in a Singapore hospital on Saturday due to some injuries she suffered during the attack.

The six suspects held in connection with the December 16 attack on the 23-year-old medical student on a New Delhi bus were charged with murder following her death, police said. The maximum penalty for murder is death.

Earlier, bracing for a new wave of protests, Indian authorities deployed thousands of policemen, closed 10 metro stations and banned vehicles from some main roads in the heart of New Delhi, where demonstrators have converged since the attack to demand improved women’s rights.

Despite efforts to cordon off the city Centre, more than 1,000 people gathered for peaceful protests at two locations. Some protesters shouted for justice, others for the death penalty for the rapists.

The woman severely beaten, raped and thrown out of a moving bus, had been flown to Singapore in a critical condition by the Indian government on Thursday for treatment.

The intense media coverage of the attack and the use of social media to galvanize protests, mostly by young middle-class students, has forced political leaders to confront some uncomfortable truths about the treatment of women in the world’s largest democracy.

Most sex crimes in India go unreported, many offenders go unpunished, and the wheels of justice turn slowly, according to social activists who say that successive governments have done little to ensure the safety of women.

“The need of the hour is a dispassionate debate and inquiry into the critical changes that are required in societal attitudes,” Prime Minister Manmohan Singh said in a statement.

“I hope that the entire political class and civil society will set aside narrow sectional interests and agenda to help us all reach the end that we all desire – making India a demonstrably better and safer place for women to live in.”

Hundreds of protesters took to the streets in the northern Indian city of Lucknow. In Hyderabad, in southern India, a group of women marched to demand severe punishment for the rapists. Protests were also held in the cities of Chennai, Kolkata and Mumbai.

The demonstrations were peaceful, unlike last weekend, when police used batons, water cannon and teargas in clashes with protesters.

Sonia Gandhi, the powerful leader of the ruling Congress party, directly addressed the protesters in a rare broadcast on state television, saying that as a mother and a woman she understood their grievances.

“Your voice has been heard,” Gandhi said. “It deepens our determination to battle the pervasive and the shameful social attitudes that allow men to rape and molest women with such impunity.”

The Indian government has chartered an aircraft to fly the student’s body back to India on Saturday, along with members of her family, T.C.A. Raghavan, the Indian high commissioner to Singapore, told reporters.

The body was taken to a Hindu casket firm in Singapore for embalming. Indian diplomats selected a gold and yellow coffin to transport her home, staff at the firm told reporters.

“She was courageous in fighting for her life for so long against the odds but the trauma to her body was too severe for her to overcome,” Kelvin Loh, chief executive officer of the Mount Elizabeth Hospital in Singapore said in a statement announcing her death from multiple organ failure.

The victim and a male friend were returning home from the cinema by bus when, media reports say, six men on the bus beat them with metal rods and repeatedly raped the woman. Media said a rod was used in the rape, causing internal injuries. Both were thrown from the bus. The male friend survived.

Six suspects, from a slum in south Delhi, are in custody.