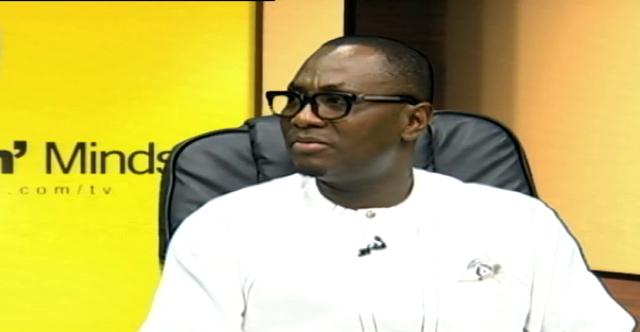 A Federal Lawmaker and Chairman House Committee on Treaties and Agreements, Dayo Bush-Alebiosu, has explained the importance of the proposed Passenger Rights Bill in protecting Nigerians who commune by flight.

He was a guest of Rubbin’ Minds on Channels Television, where he spoke on efforts in the National Assembly to review goings on in the aviation industry. Mr Bush reiterated the view that Nigeria is not doing it right as far as the sector is concerned and this led to the development of the Passengers’ Rights Bill.

Sharing few of his personal experiences, Mr Bush-Alebioshu said that there are too many cases of passengers being taken advantage of by airlines and airport authorities, and this “nonsense” needs to stop.

Bush, who claimed to have been delayed at the airport close to 6 hours, also cited situations whereby people pay for upper class tickets are they “bumped” into the economy class.

He explained that the Passengers’ Rights Bill is borne out of Nigeria being a signatory to the Montreal Convention. The Convention stated among other things, the rights that passengers would have, and luckily the treaty was domesticated in the 2006 Aviation Act.

However, the treaty is a guideline which has not been explicit enough to treat certain practical issues, and this led to the House coming up with the idea of developing clear laws to regulate the industry on issues like delayed flights, damaged luggage, emergency situations and many more.

He said that the bill was practically embraced by almost every member of the House of Representatives during its presentation. Having scaled through its first and second reading, it has been committed to the Committee on Aviation to conduct the public hearing which is expected to hold during the first quarter of 2014.

We Have Not Done Well

Speaking about the general state of the aviation industry and its controversial moments in 2013, Bush who noted that he was not out to witch-hunt anyone, said that the industry has not done well.

Although he acknowledged that there are indeed laudable renovations and constructions being done at the airports, he insisted that quality services are more important in developing the aviation sector.

For example, he complained that at the Muritala Mohammed Airport, MMA, Lagos, it still takes very long for arriving passengers to get their luggage after landing, with some spending as long as 2 hours waiting.

He went further by asking what the essence of renovating airports are, when on arrival in a Nigerian airport, the first thing travellers see are tankers branded in different company names parked all over the place.

The Chairman House Committee on Treaties and Agreements, also criticized the imbalance in the country’s treaties and BASA with other countries like the United Kingdom.

He berated current arrangements whereby the British Airways has the access to operate its international flights from about 3 or 4 Nigerian airports, with about 14 flights in and out of Lagos weekly, while the Nigerian carrier does not have such privileges in the UK.

Bush believes that this arrangement is killing the local aviation industry. He added that Nigeria’s Arik Airline which operates the Lagos to London route has been restricted by the British authorities to only land at the Heathrow Airport. The implication of this is that their own local airlines would make revenue off passengers whose final destinations within UK is not London.

He noted that before picking up any agreement, there should be a policy, and those policies must ensure three keys things. They must ensure that there is no infringement on Human Rights, they do not impact negatively on the environment and that sustainable development is guaranteed.

He berated the way Nigeria gets into agreements with countries with financial obligations being imposed on Nigerians yet the country is not taking them serious, adding that some of the BASA do not even have reciprocity.

He explained that the average Nigerian does not know the treaties that Nigeria is bound by. Meanwhile the laws guiding countries signing such treaties say that their citizens should know about them, with the office of the Attorney-General saddled with the responsibility of making the details available.

He asked: “Can you count how many Nigerian businesses that have gone to South Africa to succeed despite the successes they (South Africa) have enjoyed here?” It is so because Nigerians don’t even know their rights in order to take advantage of them.”

Mr Bush-Alebiosu, added that his committee has demanded a BASA audit on the floor of the House, and it was also supported by the entire House. The essence of this audit is to review all the BASA that Nigeria has signed, in a bid to review and demand that they become more beneficial to Nigeria and Nigerians. 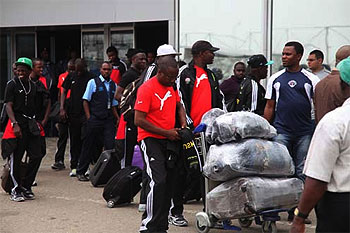 The Assistant Director of the Nigeria Football Federation (NFF), Ademola Olajire has said that the Harambee Stars of Kenya were not forthcoming with their travel details to the host federation.

Olajire was reacting to the complaints made by the Harambee Stars against the NFF ahead of the 2014 World Cup Qualifiers saying Kenya is only out to dent Nigeria’s image.

The NFF official said the federation kept in touch with the Kenya Federation via email for over a week just to get the travel details of the team but there was no response, NFF was forced to start relating through the high commission of Kenya in Nigeria.

“For more than one week, we sent several mails to the Football Kenya Federation but they refused to respond to any. The NFF was forced to be relating with them through the Kenyan High Commission in Nigeria.

According to the Harambee Stars, there was no reception for the Kenya team when they arrived at the Murtala Muhammed International Airport, Lagos.

According to another NFF official, Bola Oyebode, Harambee Stars never had the intention to disclose its travel plans to the NFF as they were playing hide and seek about their travel arrangements.

“Our protocol officials were at the Lagos airport to receive them, and took them to the Silver Grandeur Hotel, which is not a substandard hotel as being claimed,” Olajire explained.

He said ever since the arrival of the Harambee Stars to Nigeria, there’s been complaints upon complaints and attitude being put up towards the NFF despite the fact that they have been treated like royalties since their arrival.

“Strangely, they arrived with attitude and they have carried on that way. On Thursday, we flew them to Calabar and they were received like royalty, with a performance by a cultural troupe thrown in. Yet, they carried on with complaints about almost everything, including questioning why the NFF took the match to Calabar.

“We played Namibia in Calabar in an earlier match of the 2014 FIFA World Cup qualification series, and also played against Rwanda and Liberia there. None of these teams had anything to complain about.”

According to information that reached us all those communications to the Harambee Stars by the NFF had the World Football Governing Body copied in it and the Kenyan Embassy too as witnesses that the Kenya FA had been turning down communication.

And it was not until the afternoon of Monday that the Kenya FA wrote to the NFF to inform them of their arrival for Wednesday afternoon with limited information as there were no details of the names of the people coming while they stated that a 25-man delegation will coming in.

“They told us they were coming with a 25-man delegation, but didn’t give us any names, so we could not book the connecting flight to Calabar early, according Oyebode.

“When it was getting late, we used our relationship with the airline to book 25 seats with no names, only for them to arrive with a 35-man party.

“In their letter, they never said they wanted to train in Lagos. The arrangement was for them to come in and fly straight to Calabar. But their flight arrived at noon, and the flight to Calabar is usually at 11am.

“At no time did we discuss anything about a chartered aircraft. Even our own team, who are African champions, flew to Calabar on a regular commercial flight.”

Regarding the training ground, Oyeyode said the Kenyans picked the substandard ground on the advice of one of their ‘consultants’.

“We went out of our way to book the training pitch of the National Stadium in Surulere for them at very, very short notice.

“But they refused to go there, after they were advised by one their men on the ground here, and they chose that primary school to train.” 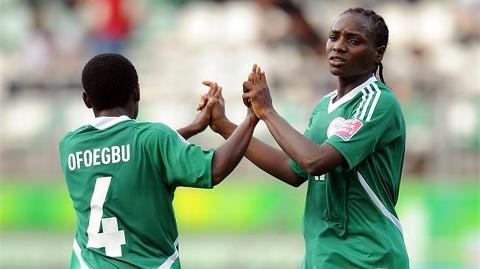