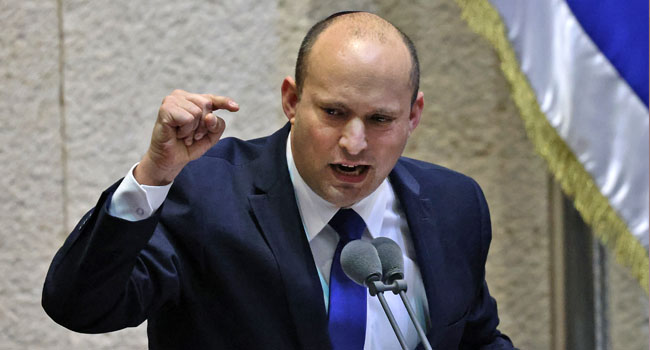 “I look forward to working with Prime Minister Bennett to strengthen all aspects of the close and enduring relationship between our two nations. Israel has no better friend than the United States.

Biden added that he was “fully committed to working with the new Israeli government to advance security, stability, and peace for Israelis, Palestinians, and people throughout the broader region.”

Bennett, a right-wing Jewish nationalist and former tech millionaire, will take over at the helm of the eight-party bloc, united only by their shared disdain for the hawkish right-wing leader known as Bibi.

In a Knesset speech before the vote, the 49-year-old Bennett promised the new government, a coalition of ideologically divergent parties, “represents all of Israel.”