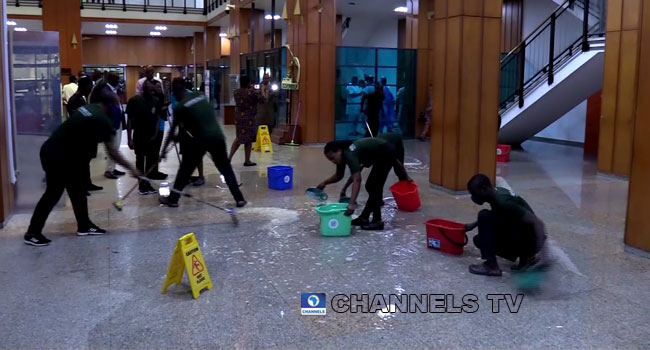 There was a downpour in Abuja, the Federal Capital Territory, on Tuesday morning, leading to leaking roofs and flood in some parts of the National Assembly Complex.

The National Assembly lobby which adjoins the Senate and House of Representatives Chambers was flooded.

Some of the other areas affected were the Senate press center; the third and last gate to the premises; as well as the road linking the Office of the Secretary to the Government of the Federation to the National Assembly. Workers were seen struggling to salvage the situation as they swept and mopped the floor while it rained. They also placed buckets at the leaking spots.