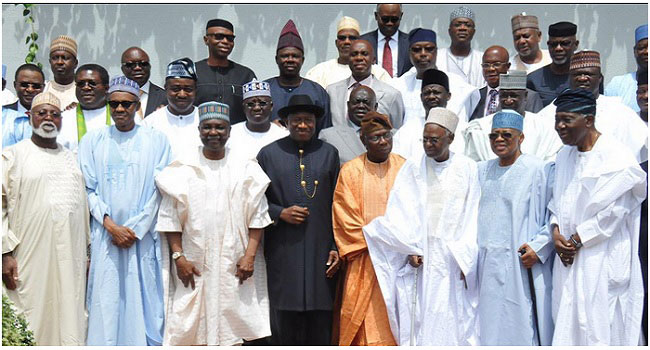 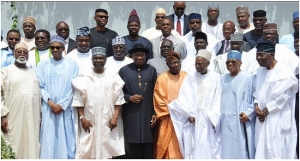 The National Council of State on Tuesday said that President Goodluck Jonathan will handover ‘instruments of office’ to President-elect, Muhammadu Buhari, on May 28.

The National Council of State also assured that Nigeria will not be challenged again by insurgents as experienced ‎in the past three years as the Nigerian military has been so equipped to take charge of its territory.

Briefing State House correspondents after the council meeting, Governor of Niger State, Mr Babangida Aliyu and his Benue State counterpart, Mr Gabriel Suswan, said the initial poor responses to the security challenges had been as a result of ill equipping the military.

Following the meeting of the Nigeria Police Council, which was convened immediately after the National Council of State meeting, also on Tuesday, Solomon Arase was confirmed as the substantive Inspector-General of Police. 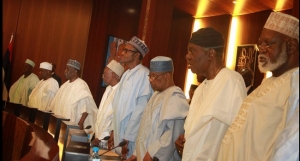 The new IG, who spoke with State House correspondents on his new status, said that his main task would be the welfare upgrade of officers of the Nigerian Police Force.

He said motivation is a key to increase in productivity adding that it is a reason he has made it a topmost priority.

The Police Service Council in Nigeria has confirmed the appointment of the Inspector General of Police (IGP), Suleiman Abba.

Mr Abba’s appointment was confirmed on Tuesday during the Police Service Council meeting held at the Presidential Villa, Abuja.

The meeting began after a National Council of State meeting that was also held at the Villa.

At the meeting, Nigeria’s security challenges and how it could be tackled were discussed, with emphasises laid on the need for more funding for security agencies, especially the police.

The council agreed that one per cent of the Federal Allocation accruing to the states should be set aside for the funding of the Nigerian police to equip them for the discharge of their duties, which include the protection of lives and property of Nigerians.

Mr Abba was made the Acting Inspector General of Police after the former IG, Mr Mohammed Abubakar, retired in July, having completed 35 years in service, as stipulated by law.

Addressing reporters after the confirmation of his appointment, Mr Abba said he would work hard to ensure that he meets up with the expectations of the office of the Inspector General of Police.

Mr Abba pointed out that Nigerians deserved the best from security agencies in the effort to make Nigeria safe for all and that he would ensure that the resources available would be judiciously managed to carry out his job. 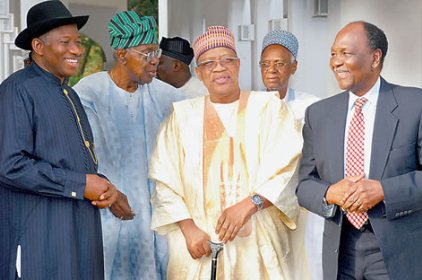 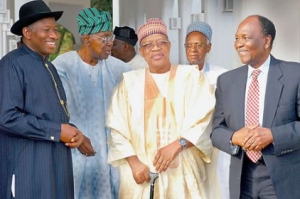 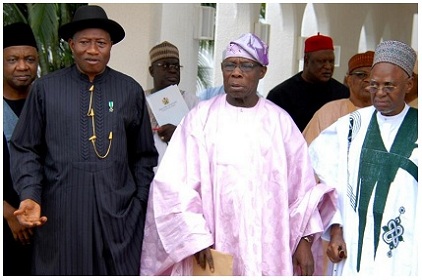 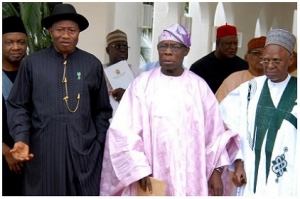 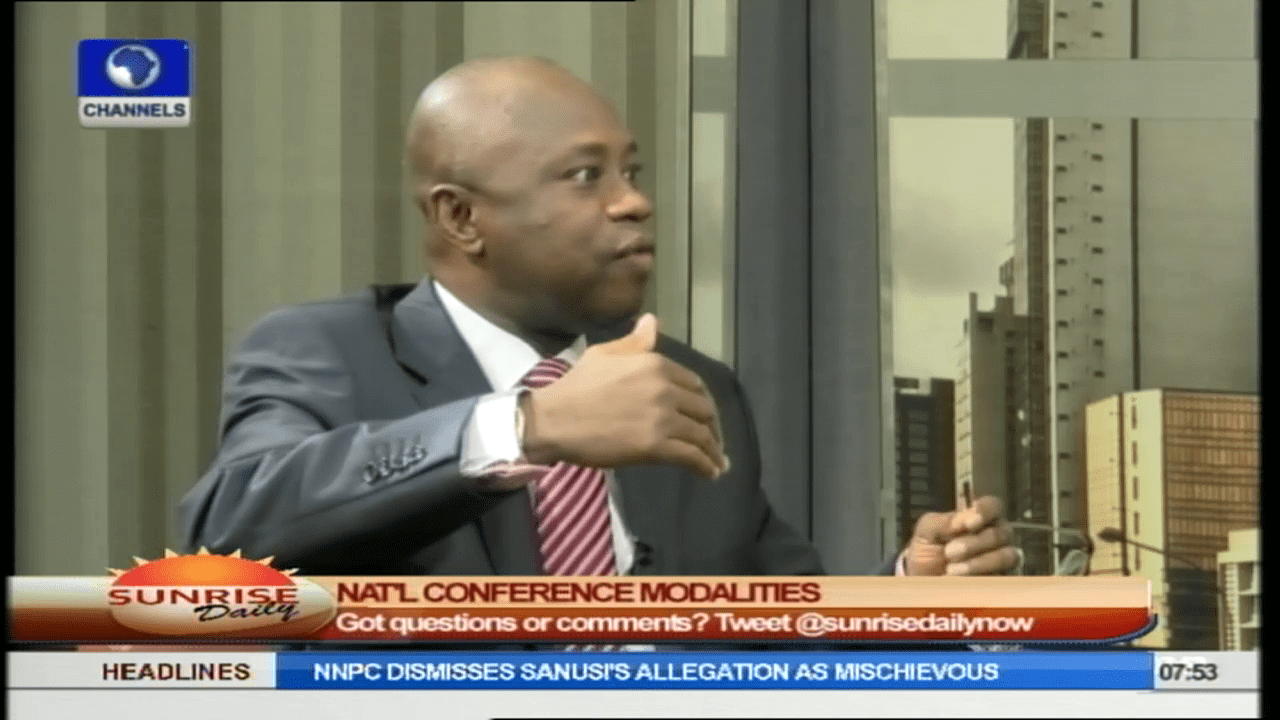 On Channels Television’s breakfast programme, Sunrise Daily, Mr Odidika said there was no way 160 million Nigerians would agree on the modalities, pointing out that the fact remains that majority of Nigerians want to talk so as to decide how to live together.

According to him, those who are against the conference have the right to be heard but “it doesn’t mean we have to do what they are asking for or what they are advocating.”

“Remember that most of the people who are now speaking against this same conference were those who had been clamouring for it over time.”

He argued that the naysayers were in such position because they were not in charge of the process.

He also countered arguments that the Conference was coming at the wrong time, saying that the 2015 election, which is scheduled for February 2015, gives enough time for the Conference to hold as it would probably end in May or June 2014.

Mr Odidika stressed the importance of the conference which is expected to address issues bothering the minds of citizens. One of such issues is the current system of governance, which, according to him, “is flawed”.

He argued that the ‘Federal Republic of Nigeria’ “is just an appellation”.

“We are not a Federal Republic. We are not practicing federalism. If you recall when we had the regions was the time Nigeria was developing. The North, East, West and mid-West. That was why Ahmadu Bello was not interested in coming to Lagos to come and be your prime minister, because he had work to do in the North.

“Opara was there, very busy in the East, after Nnamdi Azikiwe while Awolowo was very busy here, developing the regions.

“That was federalism,” he said, adding that the current system of government is unitary, “but we call it federal.”

On arguments that good governance and proper practice of the constitution will make the need for a Conference unnecessary, Odidika said “even the constitution is flawed in several respects.”

He also stressed the need for the different zones to make progress at a pace determined by them and not the Federal Government. “Practicing the constitution the way it is now will not get us to where we are supposed to be.”

He also said that the reason representatives at the House of Representatives and Senate have not been able to correct the faults in the system is because they are overwhelmed by the number of issues they have to attend to.

My Odidika expressed hope that the success of the Conference would affect the elections in 2015. He added that the changes may not “necessarily be in favour of either the President or the opposition. 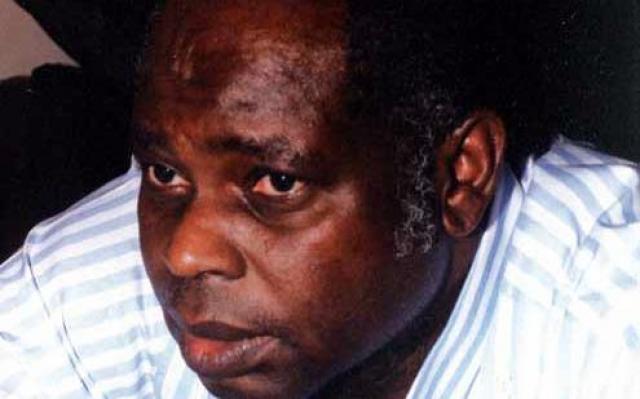 Over the years, presidential pardon has been an instrument of power used by Nigerian leaders to unconditionally set free prisoners of conscience and political detainees. The president’s power is exercised after seeking advice from the National Council of State.

The Council of State is comprised of the president, all former heads of the government of the Federation, all former Chief Justices of Nigeria, President of the Senate, Speaker of the House of Representatives, all state governors and the attorney general of the federation.

It was in 2005 that the man who topped the list of those granted state pardon was arrested at the Heathrow Airport in London on suspicion of money laundering. At that time, he was the governor of Bayelsa State in Nigeria’s south-south region and boss of President Jonathan who served as his deputy.

The arrest of Former Governor Alamieyesigha followed investigations by the Proceeds of Corruption Unit of the London Metropolitan Police. Investigators later found an amount equivalent to about 1 million dollars in his London home.

He was granted bail after the arrest on the condition that he would remain in the UK but 3 months later and despite the bail restrictions, the former governor managed to flee the United Kingdom and return to Nigeria.

It was believed that he intended to resume office, after assuming that he was safe from prosecution because of the constitutional immunity he enjoyed as Governor.

A few days after his return however, he was served impeachment notices outlining 8 impeachable offences against him. A month later in Dec 2005, Two thirds majority of the Bayelsa State House of Assembly voted to impeach Governor Alamieyeseigha.

This effectively removed him from office and also removed his domestic immunity paving the way for his arrest and prosecution by the Economic and Financial Crimes Commission (EFCC), led then by Nuhu Ribadu.

In July 2007, he eventually pleaded guilty to six counts of making false declaration of assets before Justice Mohammed Shuaibu of a federal high court, Lagos in what later came to be known as a plea bargain arrangement. In sentencing him to 2years, the court also ordered a forfeiture of some assets, including N1 billion shares fraudulently obtained with funds of the government of Bayelsa State.

It is for these offences that President Goodluck Jonathan has now bestowed a state pardon on his former boss.

Major Oladipo Diya, on his part is a retired Lt. General in the Nigerian Army. The former Military Governor of Ogun State and former Chief of the General Staff, during the Sani Abacha military regime. He was arrested for treason in 1997.

He and a group of dissident soldiers in the military were alleged to have planned to overthrow the regime of late Gen Sani Abacha. The alleged coup was uncovered by forces loyal to Gen Abacha, and the former Chief of general staff was subsequently jailed.

He was tried before a military tribunal, was given the death penalty. However following public outcry to the secrecy of his trial and after the untimely death of Gen Abacha in 1998, Gen Abdusalam Abubakar, the then head of state in March 1999, commuted the death sentence to a 25yr jail term and eventually Gen Diya was granted amnesty and released.

While most of the others are alive to enjoy the pardon, Major General Shehu Musa Yar’Adua and Major-General Abdulkarim Adisa are post-humous beneficiaries.

While General Adisa died in a car crash, Major General Shehu Musa Yar’Adua the elder brother of former Nigerian President Umaru Yar’Adua died in detention in Dec 1997. He was serving a life sentence for calling on the Nigerian military government of Gen. Sani Abacha and his Provisional Ruling Council to reestablish civilian rule.

For many however, the most controversial of these state pardon remains that granted to the former governor of Bayelsa state  and the former managing director of the Bank of the North Nig Plc, Alhaji Shettima Mohammed Bulama, both of whom were convicted for fraud after an arraignment by the Economic and Financial Crimes Commission (EFCC).