A new national health policy has been approved by the National Council On Health and is expected to be sent to Federal Executive Council for approval.

According to the Minister of Health, Prof. Isaac Adewole, the policy captures the essentials of ensuring the reduction of maternal and child mortality, wider immunization coverage and better control and prevention of public health emergencies.

Briefing journalists in Lagos, Prof. Adewole explained that a new strategy to address the surgical need of indigent Nigerians is now being implemented under the rapid result initiative.

“There are so many poor Nigerians all over the place with surgical ailments and nobody is looking after them and we therefore conceived the idea of the rapid result initiative.

“We selected 10,000 of them to start with this year. So, 10,000 free surgeries for poor Nigerians. The only qualification is that you must be poor,” he said.

He further explained that 46 federal tertiary health institutions have been identified to handle the scheme by screening the applicants and performing the surgeries.

The National Council on Health is considering for approval, the National Health Policy 2016 towards a successful implementation of the recently enacted National Health Act 2014 and the achievement of the Universal Health Coverage in Nigeria.

The Minister of Health, Professor Isaac Adewole, said that the focus was to ensure speedy approval of the policy towards strategic inclusion in the 2017 budget for effective implementation.

He explained that its development became necessary following the trend of global health epidemics such as the Ebola virus and Nigeria’s continued need to attain a universal health coverage and accessible healthcare.

The National Health Policy, when approved, will mandate the revamping and construction of primary healthcare centres in each of the 10,000 political wards in the count
ry over the next three years.

This will give up to 100 million Nigerians access to basic and affordable health care services.

This National Health Policy 2016 under consideration by the National Health Council in Abuja, would be the third health policy to be developed and implemented in Nigeria after 1988 and 2004.

Intense deliberations are expected over issues such as the development of the second national strategic health development plan and the role of states in the operationalization of the National Heath Act. 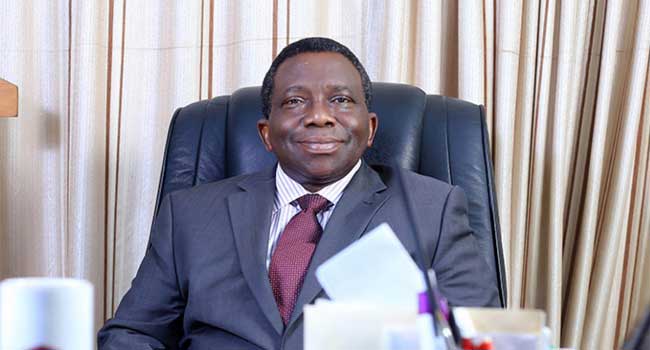 The Minister of Health, Professor Isaac Adewole, has appealed to health practitioners across the country not to see the outbreak of the Lassa fever as a failure.

Speaking on Monday during a telephone interview on Sunrise Daily, the Minister said that some states could not report the outbreak because they considered it to be a sign of failure.

“Some people will want to consider it as a sign of failure.

“I will tell you in Oyo State, we had a case of denial, (but) when I met the Governor (Abiola Ajimobi), he was angry that he would not want anybody to deny the existence of the case of Lassa fever in Oyo State but that we should forward to him, a proposal for active case fight and prevention across the state.”

Professor Adewole commended Governor Ajimobi’s action in curbing the spread of the disease, recommending that citizens should not hide cases away from health authorities.

He revealed that health authorities had uncovered five cases which were not reported in Ebonyi State and warned against a recurrence of such.

“I think at professional level, people must just admit that an outbreak should not be considered as a fault in the system but as something to be reported and actively to be presented,” he said.

The Minister said that the Ministry of Health is in touch with all Commissioners of Health in the country, stressing that they would be meeting on Tuesday under the auspices of the National Council on Health.

He disclosed that the ministry had, and would still dispatch surveillance teams across the country to keep down the figures of recorded cases.

“We have also dispatched drugs to the state and we are reactivating all our treatment and diagnostic centres in a bid to ensure that we are able to make diagnosis promptly.

“We are also sending teams all over the states to ensure that we uncover cases that hitherto, were not reported.”

Prof. Adewole also explained how the ministry planned to tackle situations in communities where the Lassa fever victims are not able to make it to the hospital.

The Minister encouraged Nigerian media organisations to emulate Channels Television’s promotion of improved awareness to alert the public on the spread of the disease and urged other state governments to also emulate Lagos State government’s response to the outbreak.

“We also want to appreciate Lagos State that has activated the entire spectrum of prevention and control activities ranging from alert, adequate detection as well as treatment.

“Let me also say that even Channels Television should be commended. You have actively promoted a culture of improved awareness with respect to Lassa fever,” he said.