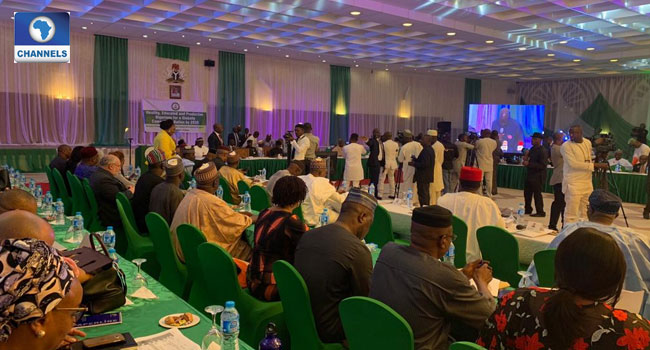 The Vice President at the meeting called on state governments to resist playing politics with issues of human capital development.

He asked for more concerted collaboration between states and the federal government and not trade blames to avoid repeating the mistakes of the past. He asked the state governments to get the job done through improved data, transparency and accountability.

The NEC meeting according to a statement from the office of the Vice-President is in line with the Buhari administration’s Economic Recovery and Growth Plan (ERGP) for inclusive growth human development nationwide.

Governors of all the States of the Federation including the governor of the Central Bank of Nigeria are expected to in attendance at the meeting. 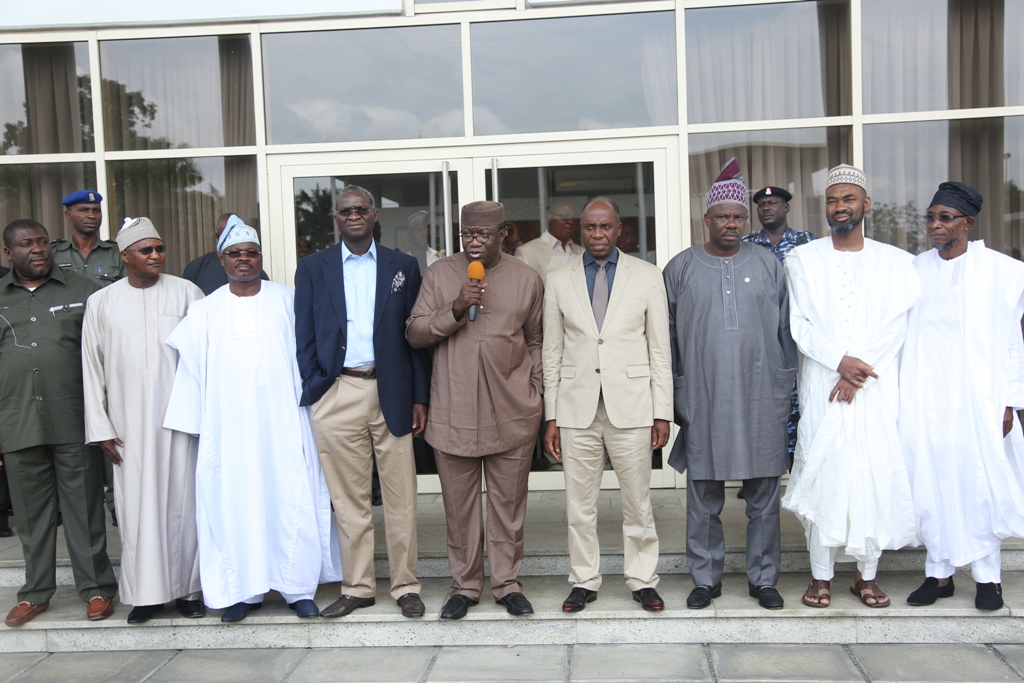 The Governors include Babatunda Fashola of Lagos, Kayode Fayemi of Ekiti, Abiola Ajimobi of Oyo, Rauf Aregbesola of Osun and Ibikunle Amosun of Ogun.

Those from Zamfara, Nassarawa and Imo states were represented by their deputies.

The governors arrived the oil rich city around 11am and immediately went into a closed door meeting with Mr Amaechi and by 2pm their spokesperson, Dr. Fayemi addressed journalists saying their action was not to ”denigrate” the national economic council meeting, but to underscore the importance of security and felicitate with Amaechi over the crisis in Rivers state.

“Some of our colleagues were here a couple of days ago. We are here because insecurity for us is a far more major concern to the people of Nigeria. You may be aware that today is National Economic Council Meeting we are supposed to be in Abuja, but our being here is not a denigration of that meeting in a way. It is just to stress the importance of our concern for the security of our citizens of Rivers State” Dr Fayemi stated.

He further revealed that the governors have agreed that Amaechi must meet with President Jonathan to brief him formally on the spate of insecurity in Rivers State.

” it is quite important for him to actually go and brief Mr President, who is our leader and the chief security officer of the country on the very-very challenging security situation here in Rivers State and we believe that our brother and our Chairman would give serious consideration to that concern that we have expressed to him.”

Also speaking deputy Governor of Zamfara State, Muktar Anka said, “we, being progressive governors, we met with our chairman of governors forum and Rivers State governor. We are very happy that we met him in high spirits and it seems that he is popular and moving with his people and we are very happy with that. We have resolved and we advised him that he should meet with the president so that we can find a way out of this crisis which is avoidable. We believe that by meeting with Mr President  will find a way out of solving this crisis in Rivers State and strengthen democracy in Nigeria”.

Fayemi however lambasted the police for compromising and urged the Inspector-General to quickly investigate the matter with the view of restoring confidence in the security apparatus in the state.

Besides that, the Governor said the presidency has a lot of role to play as well in the matter emphasizing that, ” for us we believe this is a matter that requires the moral authority of the President as well and it is about deepening this democracy and it is about ensuring that peace reigns, not just in Rivers State because we know that Rivers state is of concern to Governor Amaechi and the state of security in the entire country is of concern to him.”

While condemning all the subversive tactics used by Amaechi’s opponents so far in the crisis, the governors called on all parties to sheathe their swords in order to help restore peace in the state. 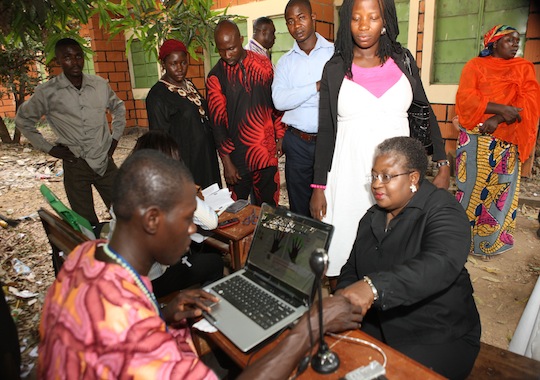 State governors have asked the Independent National Electoral Commission (INEC) to sell over 78,000 excess laptops and webcams to them for distribution to secondary schools and promotion of computer literacy in the states.

The governor of Edo State, Adams Oshiomhole disclosed this to state house correspondents after the National Economic Council (NEC) meeting presided over by Vice-President Namadi Sambo on Thursday.

Ahead of the 2011 general elections, the electoral body reportedly spent N18 billion for the ICT-Voter Registration System which led to the purchase of these laptops and webcams as part of the Direct Data Capture (DDC) machines.

INEC recently announced that it would not be conducting a fresh voters exercise ahead of the 2015 general elections, hence its decision to sell-off 78,000 units of the laptop components of the DDC machines.

The chief press secretary of INEC had in a statement last week announced the laptops would be sold to the public.

The NEC meeting also took a presentation from the Director-General of the Debt Management Office (DMO), Dr. Abraham Nwankwo, who highlighted the gains recorded by the DMO on public debt management and the successful completion of Debt Data Reconstruction (DDR) exercise in all the 36 states and the FCT in December, 2012.