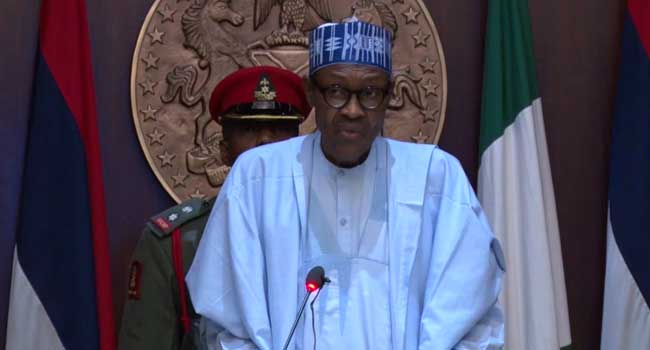 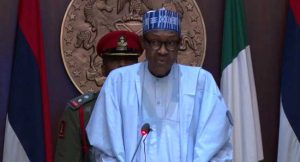 President Muhammadu Buhari has revealed that he nearly absconded from office, when he saw there was no money to work for the Nigerian people after winning the 2015 elections.

The President made this confession on Thursday while addressing the Course 38 participants of the National Institute of Policy and Strategic Studies who presented their course work to him in the Presidential Villa.

The President again blamed the Peoples Democratic Party (PDP) for perpetuating poverty in Nigeria for 16 years.

The President who blames the recession in the country on the past administration wondered what the Peoples Democratic Party did with the revenue they made when a barrel of oil sold at 100 dollar per barrel.

“We’ve had 16 years and eight consecutive governments between the other party and you know the unprecedented revenue realized.

“The average production which can be verified was 2.1 million barrels per day from 1999 to 2014. The average cost of each Nigerian barrel of oil was 100 dollars per barrel.

“When we came, it dived to less than 30 dollars per barrel and is now oscillation between 40 and 50.

“Actually, I felt like absconding because 27 out of the 36 states of Nigeria could not pay salaries and we know the lower income groups depend on salaries to pay rent and manage their families.

“I asked, any savings? I was told there was nothing remaining. ‘What have you done on agriculture, power, rail, roads?’ Nothing.” he lamented.

The President, however, promised to bring Nigeria out of recession and make it stronger than he met it.