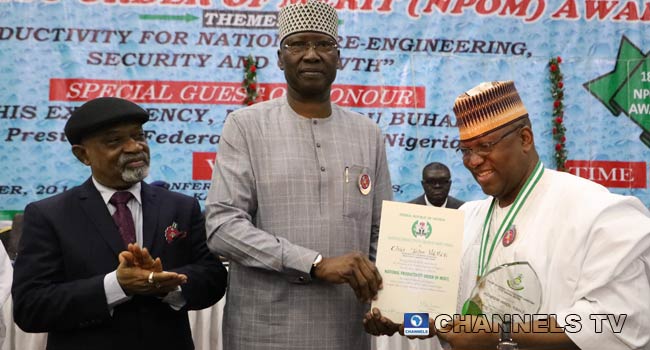 Popular businessman, Aliko Dangote; the Chairman, Channels Media Group, John Momoh; Chairman of UBA and philanthropist, Tony Elumelu were some of the prominent Nigerians who received the 2019 National Productivity Order of Merit (NPOM) award on Thursday.

A total of 26 individuals and seven organisations were honoured at the ceremony which was held in Abuja, the nation’s capital.

The Minister of Labour and Productivity, Chris Ngige explained that the award is in recognition of their contribution to national development and productivity.

See more photos from the event below…