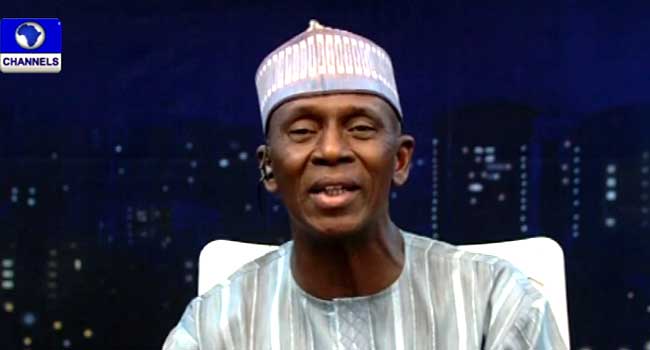 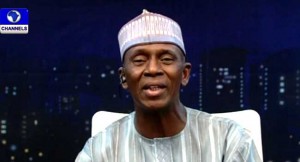 The Deputy Publicity Secretary of the Peoples Democratic Party (PDP) says that it was the delay in the nomination process of a new PDP chairman that prompted Mr Ahmed Gulak to go court.

Mr Abdulahi Jalo made the statement on Thursday while reacting to the controversy surrounding the appointment of the PDP National Chairman on Politics Today.

Mr Gulak and his supporters including Dr. Doyin Okupe, also an ex-aide to former President Jonathan stormed the National Secretariat of the party in Abuja on Wednesday where he told a news conference that he was assuming office as the National Chairman of the party.

Mr Abdulahi Jalo told Politics Today that Mr Gulak went to court with the assumption that it was as if the National Vice Chairman of the PDP, Uche Secondus, wanted to perpetuate himself on the leadership position.

Jalo also spoke on whether it was right for the former Political Adviser to former President Goodluck Jonathan to take the party to court, “This is somebody who felt he could go to court and he is a lawyer, you cannot deny him.

“There is an internal mechanism of the party where there is this kind of problem, you can now put your petition to the Caucus or the Board of Trustees (BoT).

“Then the National Working Committee of the party will be invited with you so that you can sit down and iron things together,” he said.

Jalo also believes that the PDP’s new position as an opposition is one of the reasons for the crisis in the party.

He, however, stressed that the party was following the constitution and explained the process involved in appointing a new chairman.

“After the former chairman resigned (Mr Adamu Mu’azu), our constitution says that the vacancy should be filled by somebody from that zone and who is eligible.

“Honestly, the same constitution has made a provision that before then, some consultation has to be made and the governors of that zone (that is PDP governors from that area) and at the same time the stakeholders would sit down and put their minds together and nominate three people and forward it to the caucus of the party.

Jalo further provided more clarification on Gulak’s stance. “What I want the public to understand (is that) this chairmanship which Gulak is going to court on it is the remaining tenure of Adamu Mu’azu.

“This means the chairman that would be given that opportunity to serve will only serve before the convention of the party.”

He added that the party’s convention would zone offices. 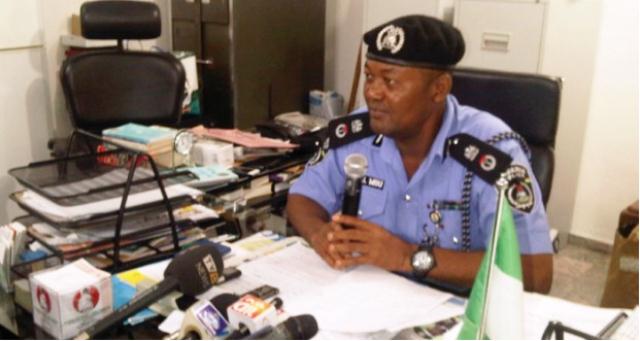 The out-gone Commissioner of Police in Rivers State, Joseph Mbu has reiterated that he did not come to the state to act out a script from anybody as insinuated by some politicians especially from the All Progressives Congress, APC.

Mbu said that those who called for his redeployment from the state would soon regret their actions and will beg for his return because the new CP, Tunde Ogunsakin is a no nonsense officer who does not tolerate any excesses from anybody.

Speaking during a joint courtesy visit to the Minister of Education, Nyesom Wike, in his Port Harcourt home on Saturday, Mbu, who was accompanied by his successor, Ogunsakin made it clear that prior to his coming to the state, he never knew or met Wike or any other chieftain of the People’s Democratic Party, PDP.

Mbu said that he was leaving the state with his head high because “in the past one year, Rivers State under my command did not record any political killing”, adding that he carried out his job in the state with diligence and in consonance with the professional ethics.

“I did not come here with a script as alleged by few propagandists. I have discharged my duties with diligence and for the past one year, there has never been any political assassination in Rivers state.

“Our sworn allegiance to the Nigeria Police Force must be upheld at all times”, Mbu said.

He enjoined the new CP to be vigilant on any SUV car with tinted glasses, alleging that occupants of such cars may be assassination agents, assuring him that he would enjoy at least 90% support from the people of the state.

On his part, the new CP, Ogunsakin reiterated that the ban placed on every political rally must continue until 90 days to the election, adding that any social gathering in the state must get Police clearance five days before the event.

Ogunsakin promised to ensure that peace returns to the state so that electioneering could be done without any crisis.

We May Seek Legal Action On Ban, Says Wike

In his response, the Minister of Education, Nyesom Wike, promised the new Commissioner the cooperation and support of the PDP and that of its members across the state.

Wike explained that PDP would look at the laws to decide whether the ban by the Police was in line with the law, saying that as a law-abiding political party, PDP would not do anything that would impinge negatively on the state.

“We will give you all the support you will require to make your job successful. There was a time when Police was used to intimidate and arrest people in this state until we had to go to court to seek redress before we could hold political meetings.

“Those of us in the GDI (Grassroots Development Initiative) and PDP can testify that Mbu had refused to give us permit to hold our rallies but because we do not have money as they do to go to the press, members of the public did not know about this.

“I have never met Mbu in my life. The propaganda by the other people (APC) that he was acting the script written to him by me was most unfortunate. You cannot influence Mbu in any way. That is why Rivers people protested the plan to redeploy him from the state.

“Let me appeal to you, the new CP to please ensure that lives and property in the state are well protected. Those of us who live in Abuja will not want to be afraid of coming home because of one crisis or the other.”

In his words, “That is why we promised to give the Police our maximum support”, Wike assured.

Also at the meeting were, National Vice Chairman of the PDP, Uche Secondus, State Chairman of PDP, Felix Obuah, Dr Abiye Sekibo, Dr Tammy Danagogo, Emeka Woke among many others.