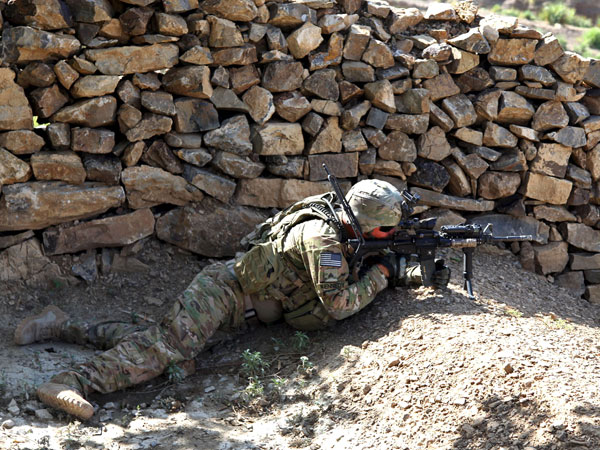 NATO Foreign Ministers hoped to convince Russia’s Foreign Minister Sergei Lavrov of agreeing on a deal on NATO’s missile defence shield during their meeting in Brussels on Thursday.

Progress on the issue has been much slower than expected with a rise in anti-NATO rhetoric from Moscow in recent months.

Recently, Russian President Dmitry Medvedev warned the alliance Russia would take counter-measures if Washington was to continue with the plan. Despite the threat, NATO members were hopeful they will be able to bridge their differences and have Russia co-operating in the plan.

“Well of course we all saw President Medvedev’s speech on the 23rd of November on the subject. That was disappointing for NATO. But as I said the offer remains on the table. We will be able to discuss these issues today and we will continue discussing them in a patient and calm way,” said British Foreign Secretary William Hague as he arrived for the meeting.

NATO wants to set up an anti-ballistic missile shield to defend Europe against potential threats from rogue states such as Iran, but Moscow says the shield directed at Russia. Last month Medvedev said he would arm Russia with missiles capable of countering the shield and set up an early-warning radar system in its Baltic enclave of Kaliningrad bordering NATO territory in a bid to press the United States to back down in the dispute.

“It shows that the all debate about the missile defence deal suffered from a birth defect. Russia was too little involved at the beginning. This birth defect has now been corrected, thanks God… has been corrected, thanks God. And now that it is clear that Russia is being invited to take part in the system, the system is not being built against Russia, we need to do more and more to convince our Russian partners about that,” said German Foreign Minister Guido Westerwelle on arrival.

Since NATO approved the U.S.-designed system at last year’s summit, Poland, Spain, Turkey and Romania have agreed to deploy some of its components.

Negotiations stalled after NATO refused to give Russia binding guarantees that the system would never be used to undermine or counter its defences.

NATO General Secretary Anders Fogh Rasmussen has rebuffed Russia’s threat of taking counter measures, saying they are from a by-gone area and show a fundamental misunderstanding. He hopes to convince Russia to co-operate on the matter.

“Today over 30 states have or are developing missile technology. Some of these missiles can already reach part of alliance’s territory. That is why NATO has taken a decision to build its own system. This system does not threaten Russia nor does it alter the strategic balance. Russian territory is also at risk and as we face the same threat it makes sense to cooperate in defending against it. We will continue our dialogue on this issue this morning and in the coming months. Ladies and gentlemen, a NATO-Russia strategic partnership is not a nice-to-have, it’s a must-have for NATO and Russia,” Rasmussen said.