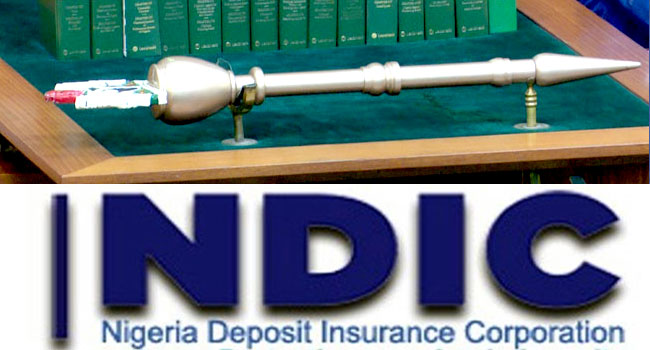 The House of Representatives has refused to consider the 2020 budget estimates of Nigerian Deposit Insurance Corporation (NDIC).

Deputy Chairman of the House Committee on Insurance, Jaha Ahmed, stated this on Tuesday at a meeting with a delegation from the NDIC in Abuja, the nation’s capital.

He accused the Managing Director of the Corporation, Umaru Ibrahim, of disregarding President Muhammadu Buhari’s directive prohibiting oversea travels during the 2020 budget defence.

Ahmed, however, acknowledged the formal letter notifying the Committee of the absence of the Chief Executive Officer of the agency.

He insisted that there were certain questions requiring the response of the Chief Accounting Officer of the NDIC.

The lawmaker added that it would amount to wasting legislative hours for the subordinates to take such responsibility.

The NDIC delegation was led to the meeting by the Executive Director, Agbatise Eradianwa.

The meeting held barely six weeks after President Buhari suspended international travels by members of his cabinet and all heads of government agencies to enable them personally lead the process of budget defence at the National Assembly.

This followed the presentation of the 2020 Appropriation Bill to the National Assembly by the President, in a bid to ensure the bill was promptly considered and passed by the lawmakers.

In a communique by the Director of Information at the office of Secretary to the Government of the Federation (SGF), Willie Bassey, all Ministries, Departments and Agencies (MDAs) were directed to liaise with the relevant committees of the National Assembly for their schedules of budget defence.