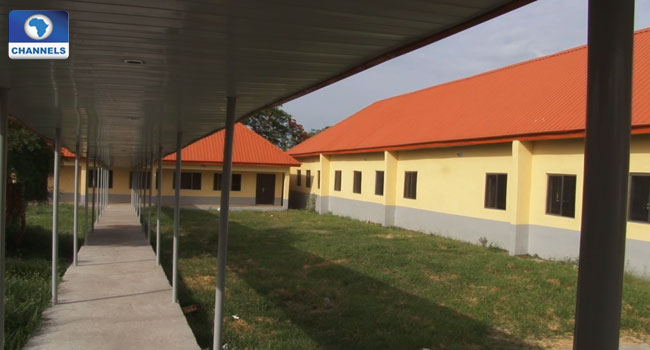 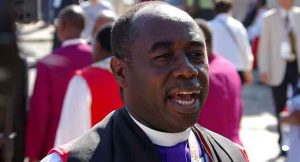 A new Nigeria will be born if state and federal authorities are prepared to invest significantly in the development of the nation’s education sector.

This is according to the Archbishop of Jos province, Most Reverend Benjamin Kwashie.

He said this while speaking at the 2016 mid-year prayer conference of the Anglican Church‎ for the Nigerian nation.

He blamed the challenges being experienced by Nigeria as a nation on the inability of past military governments to sustain the good educational standards inherited from Britain.

Bishop Kwashie also advised youths to imbibe good morals that will empower them to fulfil their potential as future leaders.

He said that this would lead to the rejuvenation of Nigeria.

Over 5,000 members of the Peoples Democratic Party (PDP) in Kaduna State are said to have defected to the All Progressives Congress (APC) ahead of Saturday’s governorship and House of Assembly elections.

The defectors were received by the Vice-President-elect, Professor Yemi Osinbajo.

A statement issued by the spokesman of the APC Governorship Campaign Organisation in the state, Mr. Samuel Aruwan, noted that the defectors were received in the southern part of the state by Prof. Osinbajo during a stakeholders meeting ahead of the election.

The statement quoted Prof. Osinbajo as saying the “PDP government did great harm to the nation, using religion and playing divisive politics during its 16-year rule”.

Prof. Osinbajo also urged the people to work hard in order to bring about a rebirth of a new Nigeria where freedom of religion, law and order will be entrenched for collective good.

Prominent among the defectors are a former member of the House of Representatives, Mrs Ruth Jummai Ango, former Commissioner and Attorney General in the state, Zakari Sogfa and 114 immediate past councilors from 8 local government areas of the zone.

Meanwhile, the PDP has denied that it lost some of its members to the APC.

Spokesman for the Kaduna State governor, Ahmed Maiyaki, in a statement said that no single PDP member has left the party after the March 28 Presidential and National Assembly elections, adding that the APC fabricated the story which is aimed at deceiving the electorate ahead of Saturday’s governorship election, because of fear of the growing popularity and acceptability of the PDP in the state. 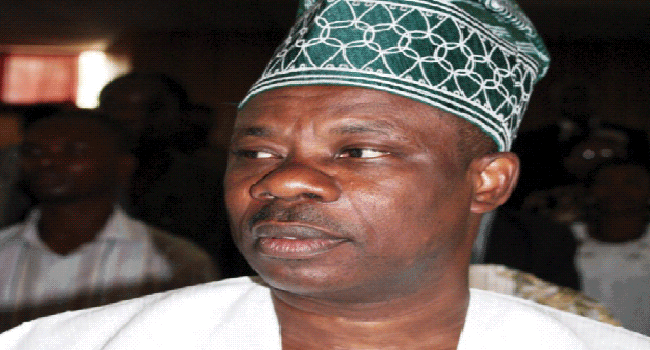 The Ogun State Governor, Ibikunle Amosun, joined millions of Christians around the world to observe the Easter season, stressing the need for harmony among Nigerians.

In a statement by his Senior Special Assistant on Media, Mrs Olufunmilayo Wakama, Governor Amosun stressed the need for harmony in the quest for a new Nigeria, irrespective of ethnic, political and religious affiliations.

He said that “the period is symbolic for us as a nation, having recently elected a new President”.

“As we commemorate the resurrection of Christ, I see a new Nigeria under the leadership of the President-elect, Muhammadu Buhari and I urge all well meaning Nigerians to join hands with him to bring about accelerated socio-economic progress,” he said.

The governor urged all Christians and Nigerians to ponder over the supreme sacrifice of Jesus Christ, and take a cue from His selflessness, by eschewing all forms of political, social and religious vices.

Governor Amosun prayed for God’s guidance and blessings for the leadership of Buhari and continuity in Ogun State, as Nigerians go to the polls to choose their representatives in the forthcoming Gubernatorial and State House of Assembly elections. 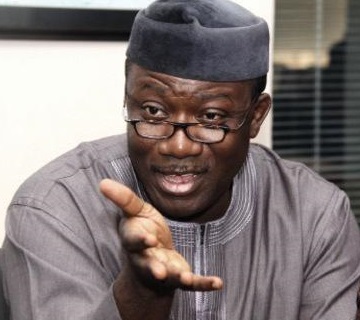 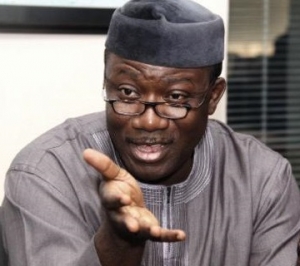 Former Governor of Ekiti State, Kayode Fayemi, has described the Presidential primary of the All Progressives Congress (APC) as “the product of careful planning” which will bind party members together through its openness and transparency.

Appearing as a guest on Sunrise Daily, Fayemi responded to critics who had lambasted the party for the pro-longed primary which had lasted for 24 hours and also stressed that although the five candidates contesting for the party’s presidential ticket were important, the process itself was important.

“For us, the process is as important as the product that eventually emerges from this because Nigerians are carefully watching us” to see if we are going to be the same or the new party for the new Nigeria, he said.

“We envisaged that we were going to spend a considerable length of time to undertake this exercise” he said concerning the prolonged primary, noting that “we believe that we are going to be much stronger for it and the party will be more united after this, because the process has been transparent”.

According to him, the time the process had taken was not a surprise as 8,000 delegates had to participate in the process for a winner to emerge. He highlighted the different stages of the process, including accreditation of delegates and the actual voting.

The process has been reported as peaceful, except for a skirmish involving delegates from Delta State during accreditation.
“That was resolved amicably and voting continued in due course”.

Speaking on allegations that some candidates had been asked to rest their ambition for the others, Fayemi insisted that no candidate was more important than the other as the party had agreed that if a consensus candidate was to emerge, the candidates themselves would be the ones to make the call. 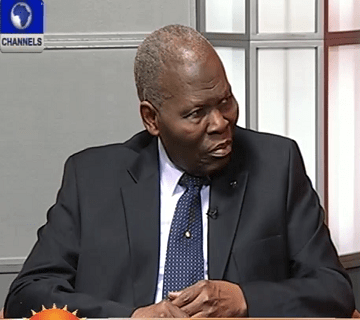 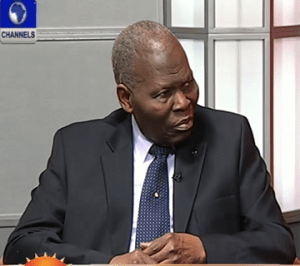 A Former Nigerian High Commissioner to the United Kingdom, Dr. Christopher Kolade, who on Wednesday shared his thoughts on rebuilding the Nigerian nation while speaking on Sunrise, noted that progress cannot be achieved without sacrifices.

While making reference to leaders who were jailed for agitating for Nigeria’s independence, Kolade said those who desire change in the country will need to make sacrifices.

“If we want to go into the future of this country and think we can just sail into the thing without making sacrifices, then we deceive ourselves”, he said.

As the 2015 election approaches, a need for a better Nigeria has been raised, in the light of several national challenges and set backs, including the leadership deficit in almost all spheres of the nation.

“I think that our problem is that we allow ourselves to look only at the immediate environment and also the short term and to think that whatever we do today is the end for Nigeria”, Kolade explained, stressing that “it’s important for us to put everything in perspective to understand that what we are today; where we are today did not happen without some human input. Therefore, where we are going in the future, will continue to happen by human input.

He commented on the tendency of Nigerians to expect a messiah to save the nation, noting that “God has equipped man to manage the institutions and affairs of this world” and therefore “if we do not actually take the initiative to manage what God has put us in-charge of, then we are wasting the resource that he has put in us”.

Speaking about the need to rebuild Nigeria, Kolade noted that the lack of worthy examples for the younger generation was a major challenge in the nation and further encouraged those who knew the way to go, to speak up.

“Those who have (not just) the knowledge, background, preparation, (but also) the capacity to speak up should do so.” 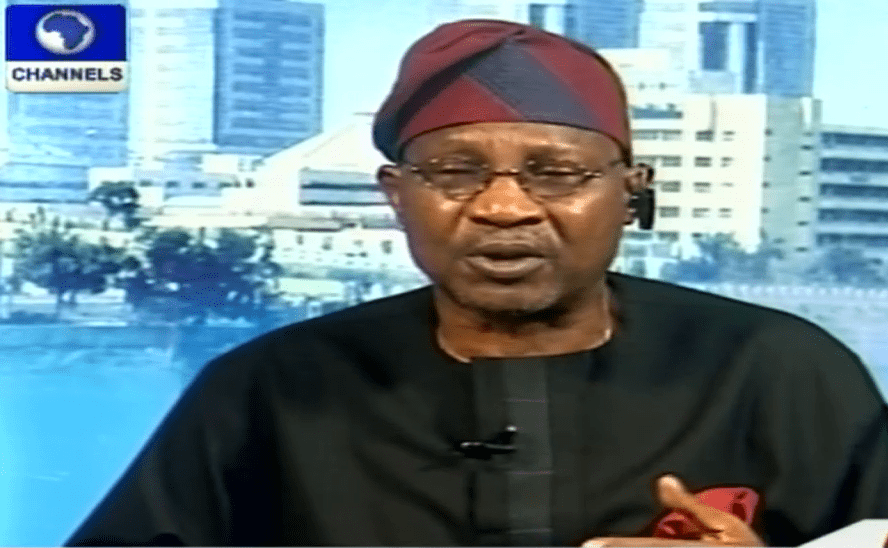 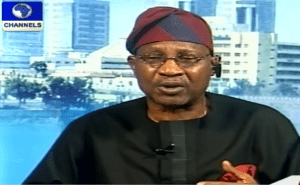 A Public Affairs Analyst, Professor Femi Odekunle, on Thursday said that the disagreement between delegates at the National Conference on the voting pattern to adopt is born of an agenda to rig the outcome of the meeting.

“As far as I’m concerned, the argument about the voting pattern is an attempt to rig the outcome later or either to make certain things possible or certain thing impossible and that arises from the matter of composition that was being raised”

He made his view known while speaking on Channels Television’s breakfast programme, Sunrise Daily, insisting that primordial sentiments, and not the desire for a New Nigeria, had become the basis for the delegate’s actions.

According to him, “majority of the delegates are those who have actually ruined this society by their antecedents” and “a snake is a snake, anyday and the son of a snake is also a snake.”

He supported arguments that the age bracket of majority of the delegates was inappropriate considering the fact that the purpose of the Conference was to set an agenda for the nation’s future.

“Considering the population of this country and that we are looking for the future, the modal age of those in that conference should be between 35 and 45, not the past because we are looking for our future. Not those who have brought us to our sorry state.”

On the Conference’s consideration of seeking memoranda from the public, Odekunle said “I really don’t think this is the way to go”, maintaining that, “we have enough documents in this country as to the problems we are facing and why we are facing them.”

He further said that the documents may be obtained from social scientists and activists present at the Conference or from those used for Vision 2020 and information obtained by the Okurounmu Committee. He concluded that the new memoranda-seeking exercise would be a waste of time.

While berating the overall composition of the Conference, Odekunle expressed confidence in certain individuals, Akin Oyebode, Yinka Odumakin, Tunde Bakare, who he believed would stir the agenda in the right course.

He, however, advocated that a good number of the traditional rulers and former governors, senators should be withdrawn from the Conference and fresh minds from the younger generation be injected to ensure success.

Odekunle also advocated that a Truth and Restitution Commission be established as part of the outcomes of the Conference. The Commission, he explained, would comprise Nigerians of integrity who would “ensure that they give six months’ notice to all Nigerians (particularly from the Babangida era), who have looted our country, to come and return the amount of money they have stolen and then they can be forgiven.”

He added that “if they return the loot within a period of six months then you may forgive but if not, you send them to jail, if not death penalty”.

“Those are the kinds of things I’m expecting from this Conference,” he said.