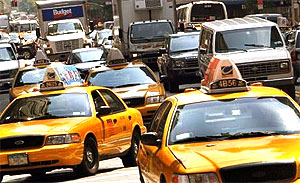 Uber a startup that relies on Apple’s iPhones for its drivers to navigate cities and pick up customers seems afraid of Apple Maps and the iOS 6 upgrade.

According to TechCrunch, the transportation startup company recently sent a text message to its fleet of drivers instructing them not to upgrade their smart phones to iOS 6 — at least not for another week.

(It’s not clear why Uber only asked for a week delay; maybe it’s hopeful Apple will work out its kinks quickly).

Uber sent the text after a few of its drivers already downloaded the new software and complained about screwy directions.

A driver who downloaded iOS 6 before Uber’s text spoke of the events after the iOS6 upgrade,saying Apple’s directions led him to the wrong pickup location.

Other Uber drivers are reportedly resorting to Androids while Apple figures out the mess.