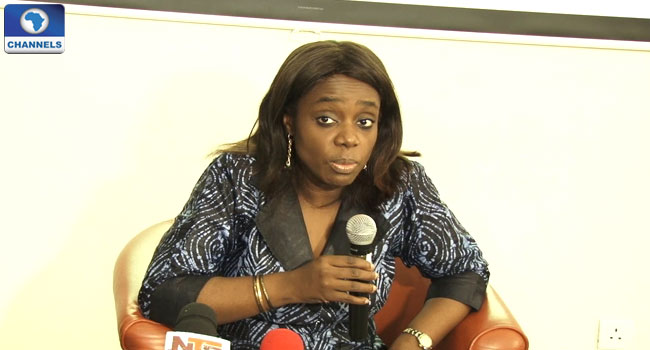 The Nigerian government says it is considering the possibility of issuing Chinese panda bond to make up for the deficit in the 2016 budget.

Addressing reporters after a breakfast meeting with the business and investment community early on Saturday in Lagos, Nigeria’s commercial city, Finance Minister Kemi Adeosun said the government’s objective was to borrow the cheapest possible money.

She told reporters that the government had realised the possibility of issuing a panda bond, which she said would be cheaper than issuing a Euro denominated bond.

“The opportunity now, with the renminbi being a reserve currency, we are looking obviously at the lowest cost of funds to fund our budget deficit. Initially we were looking simply at the eurobond but then we began to explore opportunities in the renminbi market so there is a possibility of issuing a panda bond.

“We began to explore that opportunity. What we are finding is that indicatively, that will be cheaper for us.

“We are just exploring that option at the moment. We have not made any move,” she said.

Mrs Adeosun further stressed that the borrowing size was defined and that the government would not increase the volume of the bond.

“We are just simply shopping around for the best deals and where interest rates are low,” she stated, also hinting of possible consideration of a Samurai, a Japanese bond.

As part of efforts to explore the possibility of a Chinese bond, President Muhammadu Buhari will leave for China on Sunday for a working visit.

The President plans to secure greater support from Beijing for the development of Nigeria’s infrastructure, especially in the power, roads, railways, aviation, water supply and housing sectors.