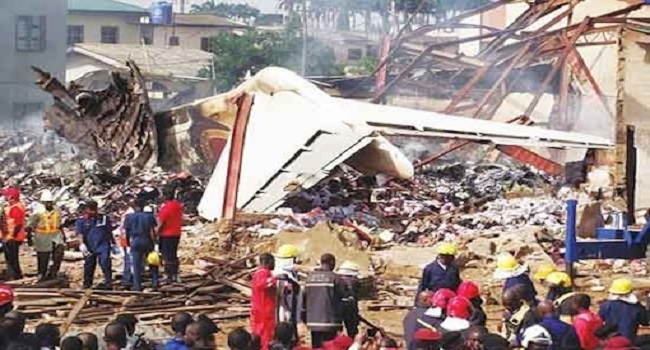 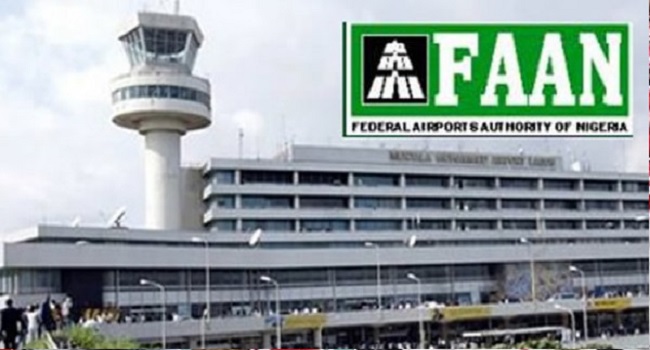 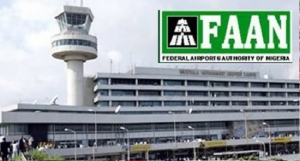 The Federal Airports Authority of Nigeria (FAAN) will hold a simulation exercise today to demonstrate its readiness for any aircraft emergency at the Murtala Muhammed International Airport in Lagos.

This exercise will be done in collaboration with other parties in the industry including the Nigeria Civil Aviation Authority (NCAA), the Nigeria Airspace Management Agency (NAMA), security agencies and the Lagos State Fire Services, and some government hospitals.

The simulation exercise is carried out every two years according to global standards to test the competence of the personnel in case of real emergencies.

The Authority assured Nigerians and international community, especially airport users, that the exercise would not hamper flight operations neither or affect airline schedules.

They also advised that persons within the airport should not panic when they notice unusual movement of airport operational and security staff during the period. 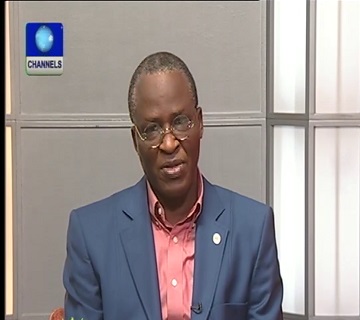 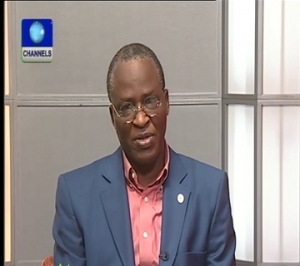 The Lagos State Commissioner for Town Planning and Urban Development, Mr Toyin Ayinde, on Wednesday said the state government will investigate the authenticity of the clip showing a helicopter hovering over a building minutes before it collapsed within the premises of the Synagogue Church of All Nations (SCOAN), adding that the collapsed building has no approval from the state government.

“We are investigating the CCTV clip. One thing we noticed was that there were about four planes that moved at different times of the day. Because that area is within the flight corridor, there was a pattern in the movement. You will see them in an ascending direction, meaning that they were just taking off from the airport.

“But because of the distance of the aircraft from the building, relative to where the camera is situated, you cant say if it is the same aircraft; you can’t say whether there are four different aircrafts, but one of the things we want to suggest is that any aircraft that is going to drop anything on a building will likely be in a stable position and not while it is rising”, he said

He also said the Federal Government installed CCTV cameras would have also helped in fighting crime in the state and monitoring such collapses but noted that none of them has been activated.

“The Federal Government has set up cameras in Lagos State and those cameras have not been activated. They also would have helped us in detecting some crimes and finding out somethings that are happening, especially in those areas where the cameras have been situated.”

He said the Lagos State government has drafted a letter to the Nigeria Civil Aviation Authority (NCAA) “so that they can be able to advice us on which aircrafts flew at those hours of the day and what was their relative position and altitude in terms of the collapsed building”.

He further noted that “the second reason why we are doing further investigations is that if you look at that clips, the manner of collapse seems to be a controlled collapse; which is why there is need for further investigations” adding that “as at yesterday, there were parts of the ground floor that were already exposed and we have already sent our engineers there to take samples so that we are able to find out what kind of materials were (used) there”.

Mr Ayinde ruled out the possibility of the building being too close to a flight corridor and being too frail to be brought down by the sound and wave of an aircraft, noting that “the surrounding buildings must have had some cracks; which is part of what we are also asking our engineers to investigate.

He however didn’t give a time frame for the completion of the investigation but assured that “it is on the front burner of the government and everybody is very concerned about the collapse”, insisting that “this collapse will be a lesson that everybody will learn from”.

He further noted that “that particular structure does not have approval. Because if it came for approval, we will have a name of the designers, structural engineers, architects and so on. But on our records we don’t have that and somebody has to explain what was done and what was not done”

The Commissioner, who was speaking as a guest on Channels Television’s Sunrise Daily, also urged Nigerians to be interested in the lives that were lost and sympathise with the bereaved families. 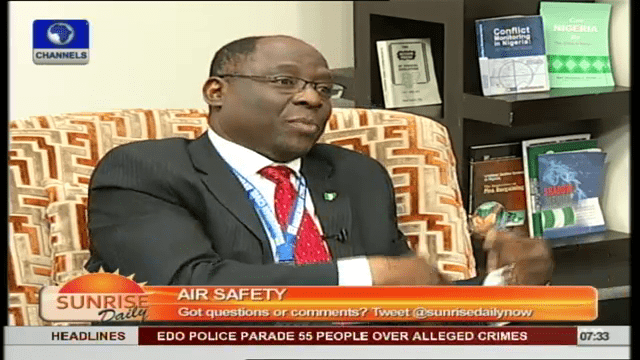 On the reasons for the Associated Airline crash, which some have attributed to improper arrangement of the cargo, Adeyilaka insisted that “anybody (Engineers, Pilot, ground staff) could have been at fault” adding that only the Accident Investigation Bureau can certify what actually caused the crash.

Adeyilaka, who noted that the initial process is usually lengthy and leads to certification, added that the  airworthiness checks is continuous.

He further likened the exercise to that of the Vehicle Inspection Officers, who ensure cars used are road worthy.

“We approach aircrafts, look through their documentation, make sure the pilot’s license is current. We make sure that the aircraft is not carrying snags and faults” he said.

He said the checks do not have a specific time but are done “at random” noting that “as we speak right now, we have inspectors at the airport doing checks all over the country”.

He said the agency has a department with skilled staff who regularly  “look at the loading on the aircraft, look at the fuel, look at passenger load, they look at cargo and everything” before “filling the load sheet” which will be  signed by the captain of the aircraft” before takeoff. 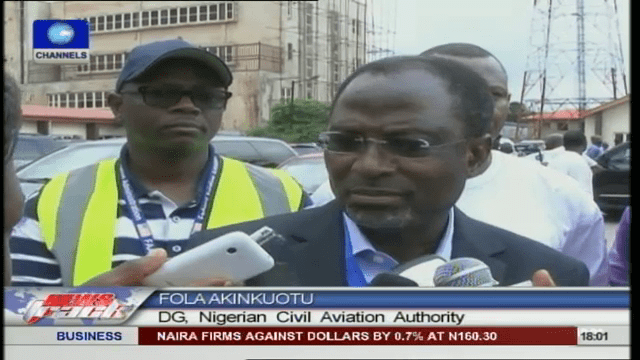 The Nigeria Civil Aviation Authority (NCAA) has suspended the operations of Associated Airlines, following the crash of its aircraft in Lagos on Thursday, which killed 13 people.

The Director General of the NCAA, Mr Fola Akinkuotu, announced this during a visit to the survivors of the air mishap at the Lagos State University Teaching Hospital, Ikeja.

This is coming barely a day after the aviation regulatory body said The Embraer 120 plane which crashed in Lagos was certified fit to fly, and had a current certificate of air worthiness valid till October the 22nd, 2013.

The Director, Consumer Protection, NCAA, Mr. Adamu Abdullahi, yesterday said from its records, the airline was certified fit to fly by its flight maintenance engineer, who was also aboard the flight, when it took off.

He did point out also that the airline possesses an air operators’ certificate, an air worthiness certificate, valid till October 22nd this year, and an insurance policy valid until June next year.

In the briefing, Mr. Abdullahi said the airline last operated the aircraft on August 22nd this year, with no hitches, and refused questions from reporters, because he said the NCAA is also under investigation.

An Associated Airlines plane conveying the remains of the former governor of Ondo state, Olusegun Agagu to Akure for his official lying-in-state crashed at about 9:30 am on Thursday, with 20 passengers on board the chartered flight a few minutes after take-off, at the Lagos Airport cargo shed.

The National Emergency Management Agency (NEMA) began rescue efforts shortly after the crash with the Nigerian Police, the Nigerian fire service, and the Nigerian Air Force alongside the army, the Lagos state emergency agency, and all made efforts to rescue the survivors and retrieve corpses of the dead.

The flight recorder of the plane was recovered and handed over to the Accident Investigation Bureau (AIB). 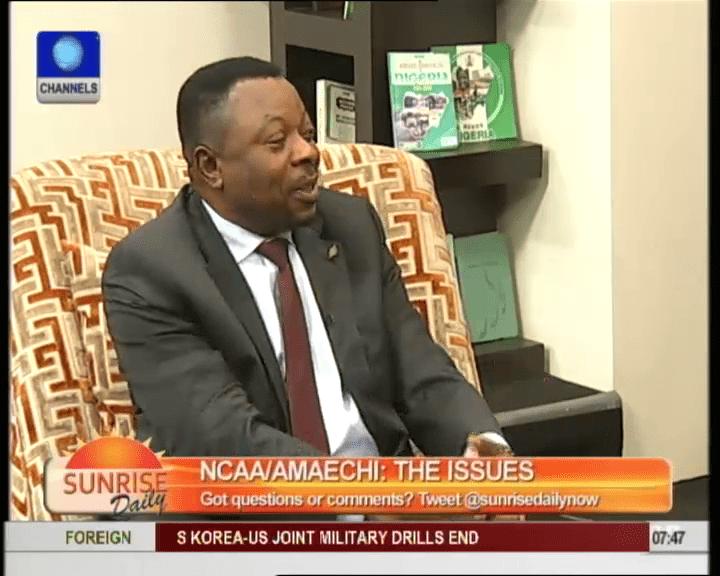 The Acting Director General, Nigeria Civil Aviation Authority (NCAA), Joyce Nkemakolam on Thursday said that the aircraft his agency grounded does not belong to the Rivers State government.


Speaking as a guest on Channels Television’s breakfast programme, Sunrise Daily, Mr Nkemakolam said “that aircraft from our file does not belong to Rivers State government.”

He said that his agency’s decision to ground the airplane is a “normal occurrence”  and that the issue has been blown out of proportion.


The aviation authority boss said it is unfortunate the issue is getting so much interest within the public domain.

The clearance papers of the aircraft belonging to Bank of Salt Lake City USA had expired on April 2nd but this was only discovered on 25th which led to it being grounded at the Akure airport.

Mr. Nkemakolam argued that the lapse in administration is no fault of his organisation as the agency only acts as a regulator and that it is under the purview of Nigerian Airspace Management Agency (NAMA) to deal with the violation.

“We give you a license and we expect you to abide by the spirits of the contents of that license; we don’t go running after people.” He said.

“We had thought that aircraft had left.”

He also disclosed that Carveton Helicopters, the agent of the foreign aircraft as shown by its clearance document, has in a letter written to the NCAA denied having any involvement with the plane. 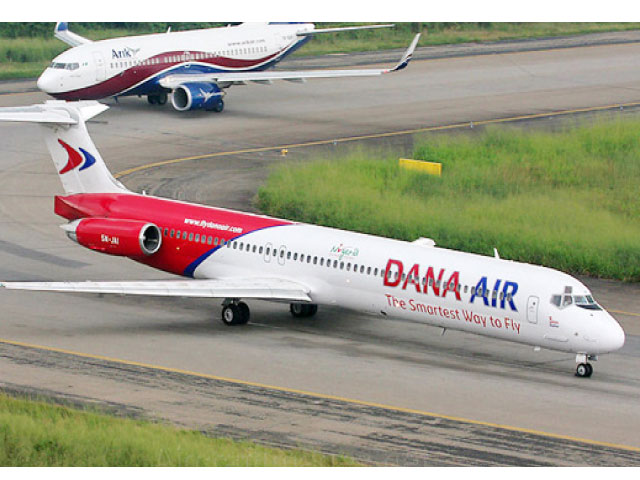 The Senate on Tuesday asked the Federal Government to revoke the operating certificate of Dana Airline.

This resolution followed the consideration of the report on the crash of Dana Airline by the Senate and House of Representatives Joint Committee on Aviation.

The Senate also recommended that the Director General of the Nigeria Civil Aviation Authority (NCAA), Harold Demuren be removed from office for negligence and incompetence.

Dana Airline resumed operations last month, seven months after its fleet was grounded following the crash of its flight 992 on a scheduled flight from Abuja to Lagos.

Aviation authorities had temporarily grounded the airline following the crash of its plane in Iju-Ishaga, a Lagos suburb, on June 3, 2012, killing over 160 passengers and crew members as well as those on the ground in the neighbourhood.

The House of Representatives had in December made public the recommendations by its Committee on Aviation which, among others, directed that Dana Air should be stopped from operating and that Mr Demuren, should be sacked.