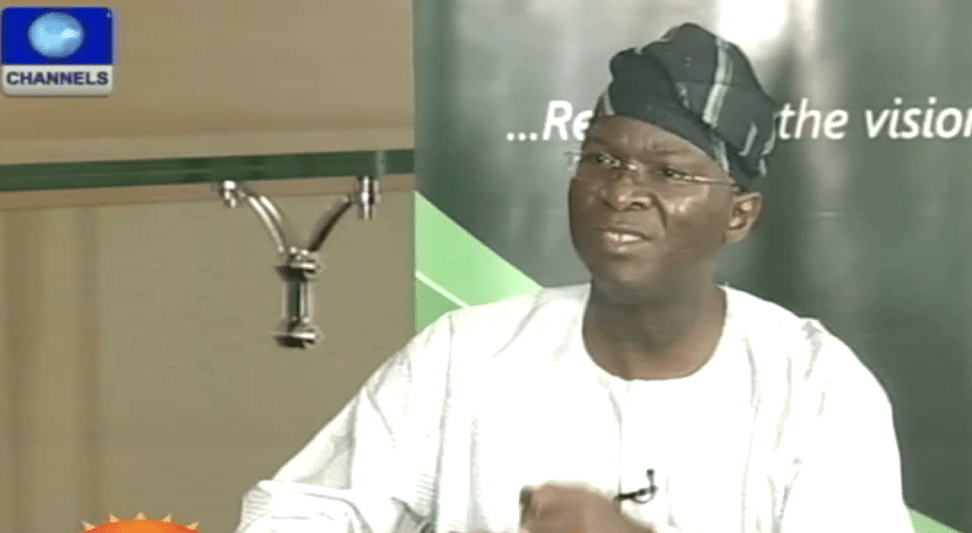 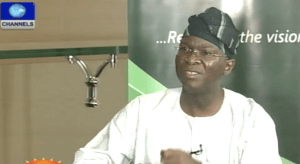 Governor Babatunde Fashola of Lagos State on Friday said that the existence of factions in the Nigeria Governors’ Forum cannot stop the group from achieving the core purpose for which it was established – peer review.

The Governor, who was hosting the Nigeria Governors’ Forum Retreat identified peer review as the substance of the institution. “Peer review is note-sharing, idea-sharing, inspiration, healthy competition building, healthy rivalry; and underlying all of that is the reason why the retreat itself was designed as a mobile retreat. It moves from state to state depending on the convenience at the time to host,” he said.

Admitting that “The factionalisation of the forum as it were is unfortunate”, he stated that the goals of the forum could still be achieved despite the fact that another faction of the Forum exists.

Fashola, howver, further expressed fears on the kind of Forum the present governors would hand over when their terms are over. He disclosed that they were in touch with the aggrieved persons as “we have also personal relationships with one another.”

“We are still in contact with one another even if we disagree on fundamental principles. It hasn’t in any way affected personal relationships, at least not as far as I am concerned.”

Asked if the governors task themselves on their fight against corruption within each state, Fashola said “Each Governor is independent” and so governors cannot question their colleagues on issues but “there are ways you speak to each other.”

He stressed that there are exchange programmes between states towards development and information sharing but that many of these initiatives were not publicised.

“I sent a team from my state to Rivers to go and understudy their primary and secondary school system because when I went there, I saw what I liked.”

On efforts being made by his administration to increase Lagos State’s potential in agriculture, the Governor stressed that Lagos was the smallest land mass in the country but the most densely populated. “We are a quarter of the size of Ogun, for instance.”

“If you want to do agriculture in terms of cropping, it has to be on some very extensive mechanized scale in order to build sufficiency” he said, but maintained that “that has not limited our venture into some type of relative sufficiency and we are targeting 30% self-sufficiency in case there was a crisis.”

He further stated that the land in Lagos was much more valuable for real estate than for agriculture, mentioning that the State was acquiring land in Ogun, Osun, Ekiti states. “We also have farmland of about 50 hectares in Abuja which we have started processing for farming.”

He added, “There are also moves by the State to acquire lands in some Northern states to help encourage local economies as well as small and medium scale farming.”

The Governor of Lagos State, Babatunde Fashola and his Ekiti State counterpart Dr. Kayode Fayemi have declared that indeed the idea of the proposed National Conference may be good but certainly should not be priority for Nigerians.

Both men responded to the questions of whether the nation indeed needs a national dialogue while appearing as guests on Channels Television’s weekend breakfast show, Sunrise live from Sokoto.

The governors who were in Sokoto to attend the Nigeria Governors’ Forum Retreat preferred to stick to the position of their party, the All Progressives Congress (APC) on the issue. They reiterated the position that it is good to talk but the timing may be inappropriate.

“There are some things that people say that really for me are not the central issue. The terminologies – sovereign, let’s talk; but ultimately let the people decide. If we are going to have a constitution that says ‘we the people’, then the people must have a stamp of authority on it.” Governor Fayemi said.

Governor Fashola on his part said “if we are listening to what our people are saying and we think that that approximates to a demand for a new constitution, perhaps we should stand back and look again.”

“Do people want a better document or a better life? In my view, what they want is a better life. A better life approximates to electricity, good roads, water, food and healthcare. You don’t need to discuss how to build roads; the contractors are there, find the money and give it to them.”

“Truth be told, when people begin to get prosperous, the body of science out there is that they get less violent, because they begin to look at how to keep their prosperity and therefore there will be some sense of calming down.”

The Governors also shared their opinions on the controversies trailing the election of the Chairman of the Governors’ Forum. Both men condemned the situation, with Governor Fashola referring to it “as a joke that has gone on for too long”.

couldn’t hold, so how do you then expect a normal national election to go smoothly?”

He further said “our responsibility is to restore respectability to the office that God and our people have given us the opportunity to hold.” He stressed that Governors are critical authorities in Nigeria and what they do and how they project themselves also is indicative of how the country generally sees rule of law, good governance and accountability.

“Is this the forum of governors or is it the presidential forum for governors?” Fayemi asked.

Governor Fashola also spoke on the Nigerian electoral process with the 2015 general elections in view. While acknowledging that Nigeria has greatly improved since 1999, he expressed disgust at the manner in which elections are still being handled in Nigeria. He called on politicians to take on the spirit of sportsmanship.

As a first time visitor to Sokoto State, Governor Fashola also commended the State Government for the visible development and infrastructure in the state. He highlighted the beauty of the state and the educational trip the governors have made to Sokoto as the kind of story that should be heard about the Nigeria Governors’ Forum.